Living, working and raising children in a pornified world

Melinda Tankard-Reist will be speaking on what you need to know about living, working & raising children in a pornified world. 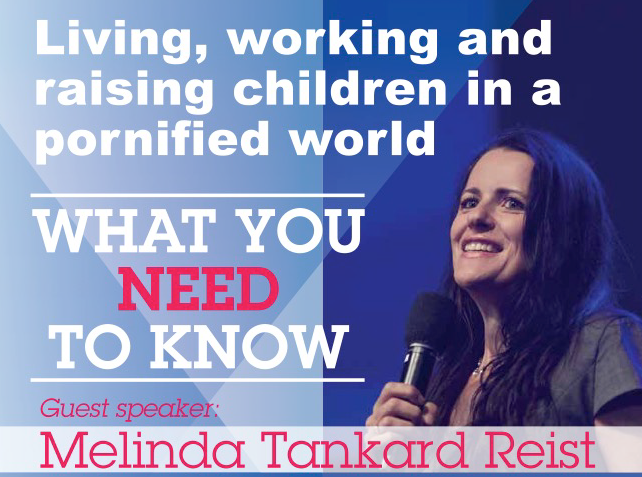 Melinda is an author, speaker, media commentator, blogger and advocate for women and girls. She is best known for her work addressing sexualisation, objectification, harms of pornography,  sexual exploitation, trafficking and violence against women.

Melinda is co-founder of the grassroots campaigning movement, Collective Shout: for a world free of sexploitation, exposing corporations, advertisers and marketers who objectify women and sexualise girls to sell products and services. An ambassador for World Vision Australia, Compassion Australia and the Raise Foundation, Melinda is named in the Who’s Who of Australian Women and the World Who’s Who of Women.

An opinion writer, Melinda is also a regular on morning television and has appeared on ABC’s Q&A and The Gruen Sessions as well as many other TV and radio programs.

For only $25 adults or $15 student concession purchase your tickets at the link provided.

Refreshments will be provided on the night.