Former pornography performer Mia Khalifa has publicly shared her experience of the pornography industry. Khalifa performed in pornography over a three month period in 2014-2015, becoming Pornhub’s most highly ranked performer. Khalifa is known for filming a scene wearing a hijab. 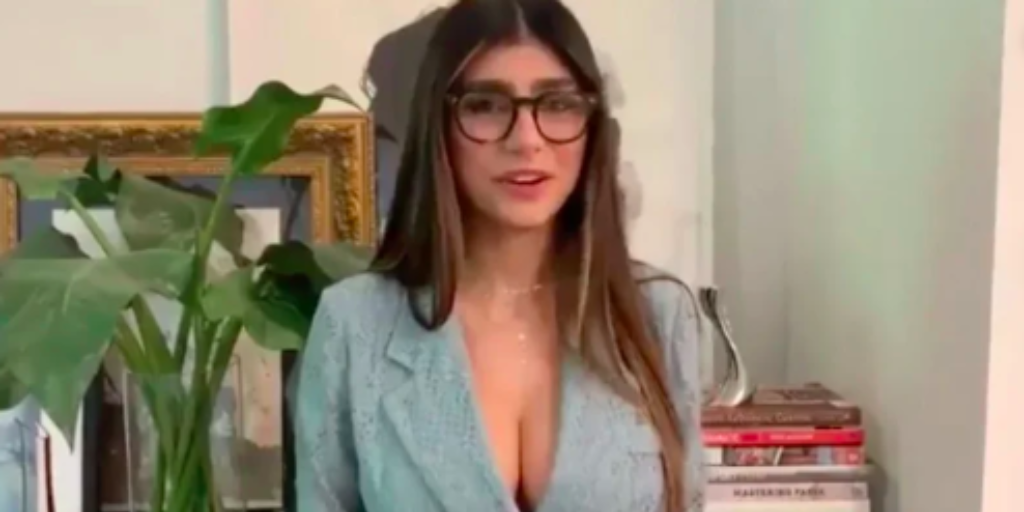 “A very vulnerable point in my life”

“I was handed a business card, thought about it for a few weeks, went in and was showered with compliments—felt validated for a whole twenty minutes—and I went back and shot a scene, and it was terrifying and temporarily validating, but afterwards I felt a little empty. Though I still had that pit in my stomach where I wanted to chase that validation again.

“I had never had male attention. I was pretty overweight—I lost about 50 pounds in college—and then after I moved to Miami I got a breast augmentation. So before my self-confidence kicked in, I didn’t know what I looked like and I didn’t know or value my self-worth, and instead I left it up to men to tell me what my self-worth was.

“But I think what made me go back and do it again was that the attention I was receiving, I was afraid it would go away if I didn’t do what I was asked to do.” Read more.

Khalifa went on to dispel some more widely accepted myths about the pornography industry, and her time in it.

It did not make her rich

“No amount of money would make it worth it.”

She said some women who enter the business are vulnerable and taken advantage of by industry producers, while others are looking for a big star turn. “I am not for women getting into the industry. I don’t think it’s an industry that should be respected,” she said.

Backdated money would not change that for her. If she could, Khalifa said, she would burn the industry to the ground, sending all of her videos along with it.

“The only thing I want is for people to stop seeing me naked,” she said.

She is not in control of her images now

Three of the top 10 actresses on the site now are either retired or inactive in the business, an industry veteran said, and have little recourse to claim compensation or remove their videos if they are shut out from the revenue.

She regrets her time in the industry

We applaud Khalifa's bravery in coming forward and sharing her story, despite the vitriol she has been subjected to. We wish her all the best in her future pursuits. Her voice matters.