Meet Lydia Jade Turner and Sarah McMahon. Both Lydia and Sarah are directors of BodyMatters, a specialist clinic established to both prevent and treat our current epidemic of disordered eating.  They are also founding members of Collective Shout: for a world free of sexploitation.  Today they write about the story which aired on The Sunday Night program last week titled 'thin is in,' which exposed the fashion industry's callous attitude towards women.

Last week, plus size model Jennifer Gomes appeared on The Sunday Night program, exposing “the ugly truth” behind the modelling industry. In a culture where thin is glorified, glamorised, and even justified under the guise of ‘obesity prevention,’ this expose could not come too soon.

Despite the deaths of numerous models both overseas and within Australia due to relentless pressure placed on them to be“elegantly wasted,” the Australian government’s response to this horrendous practice normalised by the fashion industry has been nothing short of disappointing and inadequate.

In a response to address poor body image which has been identified as the #1 concern for teenagers across Australia, the government put together The National Advisory Board for Body Image. This board recently proposed that a minimum age of sixteen be implemented for girls to “work or model in fashion shows targeting an adult audience”- however, this will hardly scrape the surface of what really needs to happen in order for these girls to be protected.  While it’s a step in the right direction, it certainly does not go far enough: being sixteen does not make one immune to the horrors that too often accompany the pressures to have an emaciated appearance.

Gomes describes the lengths that many models go to, just to live up to the ‘ideal’ body, “...endless nights of cocaine, smoking, drinking coffee, doing a juice cleanse...” stating angrily “how dare they tell young girls they have to lose weight and go on a thousand calorie a day diet? It’s just ridiculous.” 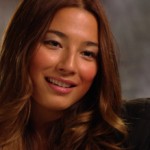 The fashion industry’s response to this problem was summed up perfectly by designer Alex Perry who stated, “...those issues...um, I can’t be burdened with that.”

This idea that the industries involved in promoting unrealistic media images should not be held accountable for the consequences of their actions is unconscionable. The evidence is clear that the media’s unrealistic portrayal of a thin-ideal places its viewers at significant risk of body shame, which in turn significantly increases their risk of developing clinical eating disorders, unhealthy weight loss practices, long term weight gain, and depression.

Those who argue that the media need not change its current practices do the field of public health a great disservice. Certainly media literacy and prevention programmes designed to boost resiliency are important and necessary. However, to suggest that they in themselves are sufficient in counteracting the relentless bombardment of these harmful messages is misguided.

One only has to look to the heavy regulation of the tobacco industry to see that resiliency programmes alone are not enough. Australia is now one of the world’s leading nations in tobacco regulation and advertising, with the popularity of cigarettes being at an all-time low due to stigma, restricted areas for smoking, increased cost, and accurate public health information about the harms of smoking. The response to the pressures to engage in unhealthy weight loss behaviours will need to work in a similar manner:  the industries involved in promoting an unrealistically thin ideal and unhealthy weight loss practices must be held accountable.

The idea that that ‘only thin sells’ is similarly irresponsible and not based on fact.  Gomes and other size-10 (considered ‘plus-size’ by the fashion industry) models are already demonstrating that there is a demand for larger than ultra-thin models. Additionally beauty ideals are significantly culturally shaped – indeed there is great variation of beauty ideals over different eras and cultures – which means the current-day ideal that 'thin is in,' can actually be changed.

Perry’s assertion, that women choose to participate in this and therefore Naomi Wolf should just “calm down” about women’s oppression, is overly simplistic. Historically those who are oppressed usually learn to internalise the values of those in power. This is perhaps one of the reasons why foot-binding was a beauty practice that was carried out in China for centuries. Despite rendering girls crippled for life, the social consequences of not having bound feet were too great a price for most to not succumb to this ideal. Perry's response for Wolf to "calm down" is just an overused attempt by critics to position women's rights advocates as 'hysterical' so their assertions might be instantly dismissed.

Perry’s condescending attitude, littered with the term “honey” in an attempt to discredit Wolf’s message, is frankly disrespectful. His response to the interviewer’s remarks which highlight the damage he is doing to girls, is to defend his continual promotion of an ultra-thin ideal and reject more realistic portrayals, justified by the statement “so those girls can feel good about ordinary, not to show something aspirational?”As if the promotion of body shame is some minor detail to be overlooked in Perry's grand gift of “aspiration” to girls.

If the majority of the population is unable to meet the ideals put forth by Alex Perry and others within the fashion industry, except by engaging in harmful behaviours that involve drugs, crash diets, compulsive exercise, and starvation, then yes – maybe it is time girls were allowed to feel good about what is natural and healthy, or what Perry deceptively calls “ordinary.” No wonder a facebook page was started the night the interview was aired, titled, Boycott Alex Perry. Perhaps it’s time to join.