Important new research commissioned by Plan International Australia has found that young Australian girls believe they are not treated equally to their male counterparts.

98% of girls said they receive unequal treatment compared to boys, particularly in sports, the media (television and magazines), at school, and at home.

Interestingly, but perhaps unsurprisingly, girls’ perceptions of inequality are felt most profoundly in the realms of sports and media. With adverts such as the Roxy Pro Biarritz 2013 official teaser, where the viewer’s focus is placed squarely on the sexualised bodies of female sports professionals rather than on their efforts and talents, the reasons for this finding quickly become clear.

In fact, it was found that after inequality, girls are most concerned with being scrutinised for the way they look instead of being appreciated for their abilities and talents. A staggering 93% of girls aged 15 to 17 years said it would be simpler to get ahead in life if they were not judged on their appearance.

When confronted with this finding, one frustrated mother commented: “I’m not surprised. Imagine what our daughters and we could achieve if there was no pressure to look a certain way. Instead of having to worry about shopping, shaving, manicuring, blow-drying, ‘make-uping’, dieting, self-monitoring, and all the rest of it, we could be spending our time doing things that actually matter.”

Vitryona Vaifale, a 15-year-old girl from St Clare's Catholic High School in Sydney's west, said she was tired of hearing she could not participate in sports because she is a girl.

Year 10 students at St Clare's Catholic High School are determined to stand up to gender inequality.

"I wanted to play football and some people in my community told me 'Oh, you can't play football because of you're a girl'. When I heard I couldn't play football, it's like 'But it's what I like to do. It's what I want to do but if you're putting me down like that, I can't do that.’" 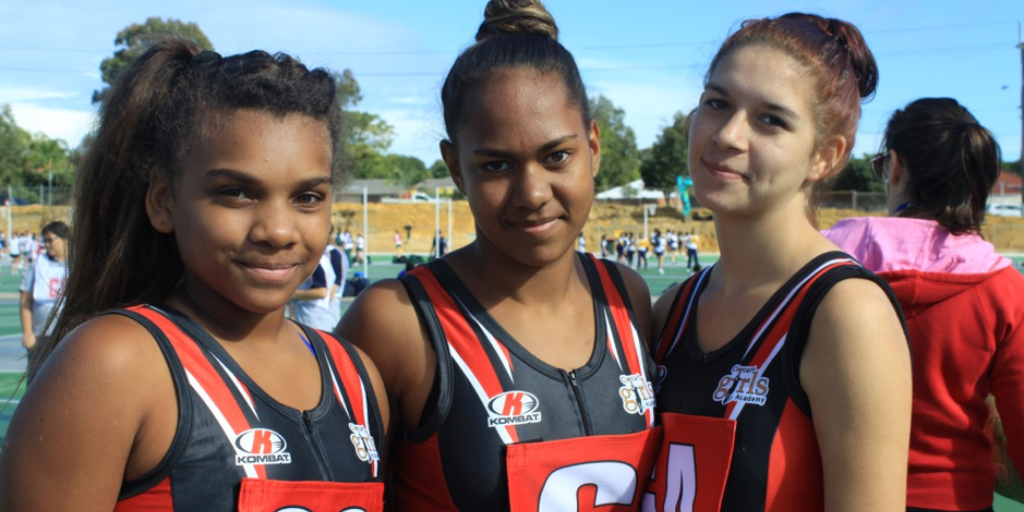 Statistics and anecdotes like these can be discouraging. Discouraging too is that as girls get older, their confidence drops. At 10 years of age, only 56% of girls view themselves as being confident. Sadly, this number falls to just 44% by the time they reach 17.

Dr Steve Biddulph AM, Plan International Australia ambassador, family psychologist, and author of books such as Raising Girls and 10 Things Girls Should Know, asserts that the drop in confidence girls feel as they enter puberty is well-documented.

“Girls of 10 or 11 are usually very feisty and at ease with themselves, but studies show a real drop off as they enter their teens. And their mental health has worsened dramatically as a result.  It started to decline 10 years ago and now it’s gone over a cliff. One in five girls now has a diagnosed mental health problem,” Dr Biddulph said

Jacqueline Rousselot, 17-year-old girl, said: "Rather than this idea that they should sit on the side and watch, they can participate in sport, they can feel comfortable they can sit how they want without worrying about how they look to other people."

"I think having that idea in your mind can increase confidence level, activity, physical activity and overall it creates that idea that you are equal to the boys you're being educated beside," said Rousselot.