During a four-minute spiel about “How Airtasker can help you say thank you” to the people in your life, Kylie Gillies decided against Airtasker ambassador Jules Sebastian’s suggestion of “food and coffee”.

Instead, Gillies produced two laminated A3-sized posters of a naked Sofia Vergara. Used to support Women’s Health Australia’s exploration of emotional and physical nudity, one of the images features Vergara in only underwear, cupping her breasts. The other shows Vergara in nothing but her proverbial birthday suit. 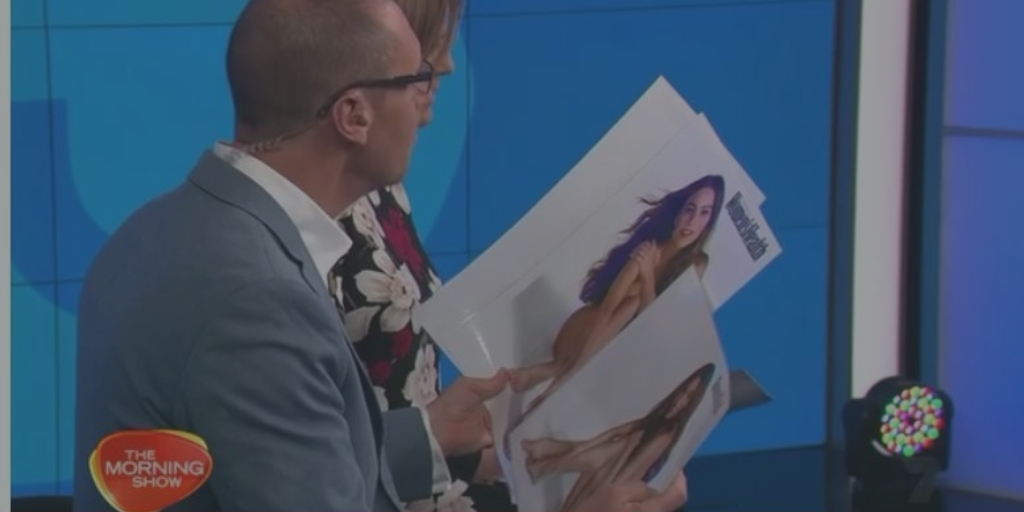 Though they leave little to the imagination, contribute to a culture in which women are valued for their physicality, and promote unrealistic standards of beauty (tell me these images are not Photoshopped), the posters are not shocking. What is shocking is the context in which they were produced.

Given “from the heart” as a way to say thank you on daytime television, these images, or rather the spirit in which they were given, promote and reinforce the heterosexual male gaze, stereotypical representations of women as sex objects, and, by extension, the damaging but normative practice of viewing pornography.

Emdur graciously accepted the images as “the most beautiful present” he’s ever received from Gillies, but one has to wonder. Giving a man nudes of a woman is neither hip nor creative. It’s tired and it’s degrading. And, based on what we now know about the sexual objectification of women, it’s contributing to a dangerous cultural climate for women.

You can contact Channel 7 and tell them what you think about their normalising the sexual objectification of women on daytime television and join us at Collective Shout to stay updated on the latest.