Corporate Paedophilia: Are children losing their youth because of marketing and advertising?

The fine line between sophistication and sexy. The Feed's Andy Park takes a look at how children and sexuality are portrayed in the images we consume and finds that standards are fluid. And they are changing fast.

But where these images become taboo is at the fringes of what we find acceptable. Especially when they involve children.

Julie Willis is a Gold Coast based photographer who specialises in photographing children from newborns right up to teenagers.

Many of the children Julie photographs are destined to be featured in magazines and advertising.

She says working with mothers who allow their children to model at an early age can sometimes have its challenges.

But it's the reaction to images of children that are viewed by some as sexual, that she can't understand.

"For me, I don't live in world where I look at children in that way or that kind of thing," says Julie. "I think it's people's interpretation of their own childhood, their own life, and whether they've got that disposition within their own upbringing that triggered something." 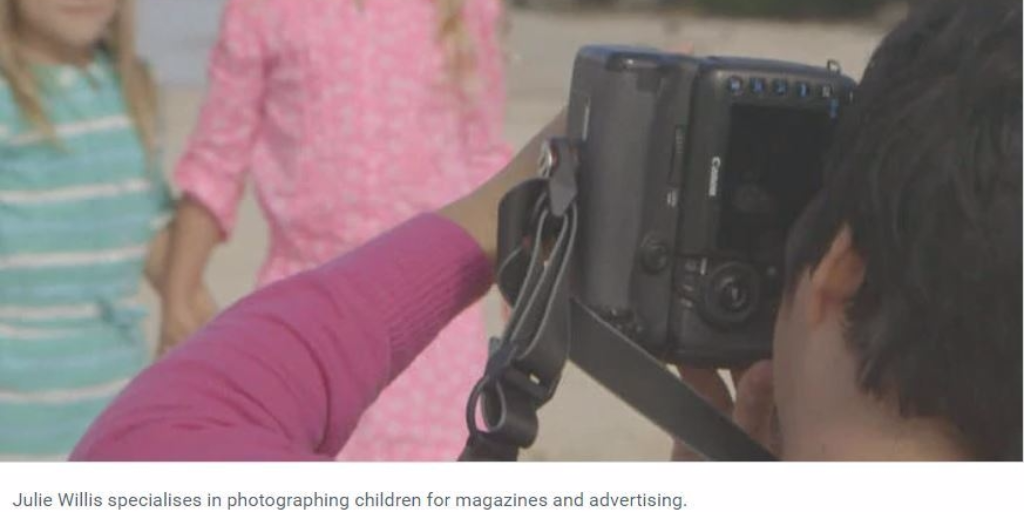 So is it all about our subjective view or can you draw some more objective standards on what is, and what is not, appropriate for children in media and advertising?

First let's look at how things have changed.

In the 1960s products still very much reflected social attitudes of the day. Barbie was in the kitchen, Ken was looking sporty.

But then suddenly something happened. We changed and Mattel released a new doll.

Wind her arm and she grew an inch taller, but also, controversially grew breasts right before your eyes.

Studies show that children can recognise brands before they can read and that childhood familiarity to brands lasts a lifetime.

This means that if you get consumers while they're young, they'll stick with you.

Plus children influence up to 70 per cent of their parents' consumer decisions. They're even said to be responsible for $9 billion worth of car sales in the United States alone, even before they can peer over the dash.

Dr Emma Rush is an ethicist at Charles Sturt University and studies professional ethics in the creative industries.

Dr Rush co-wrote a report entitled "Corporate Paedophilia" which ultimately led to a senate inquiry into the issue of sexualisation of children.

"Corporate Paedophilia is the action taken by corporations who sell products to children in a sexualized way," says Dr Rush. "The analogy with paedophilia is this idea of stealing of childhood. Children are losing that important period of childhood between early childhood and adolescence because they're being pushed from a very early age into adolescent interests and concerns."

It's a debate that was sparked again recently, when Julie photographed an image for a community magazine on the Gold Coast called Haven for Families.

There was talk back radio, complaints on their Facebook page, and newspaper articles slamming the cover as too sexual.

"The brief for the cover was a vintage circus theme for the little girl," says Julie. "So we just had her natural and she's just looking out, it's wasn't anything in her face that looked seductive or sexy to us."

"There are three elements which when you put them together are really clearly sexualizing," says Dr Rush. "The first one is the hair which they describe as... bed hair, now that should already create a question mark on a child, the second one is the pose... she's leaning on a wall the hips are slightly tilted, she's looking out."

The Feed understands that the cover didn't generate any complaints to the press council and as it's deemed editorial, it falls in the grey area outside the Advertising Standard's Bureau's jurisdiction.

The ASB say that "the use of sex, sexuality, and nudity in advertising generally attracts the most complaints compared to any other section of the code."

Last year that was 23.2 percent of all complaints. Almost a third of complaints received by the ASB were outside of their jurisdiction.

Dr Rush says any image of a child that enters the public domain will generate some level of discussion.

"Once you put your child in the public domain, then there is going to be discussion about whether what the child is doing is appropriate or not," says Dr Rush. "The public looking at the image naturally see it in the context of huge plethora of images of adults portrayed in that way... They look at the child and they go that's not appropriate - it's sexualised. And they're right."

"But the people who are making images have lost that, because they just thinking about sophistication, without thinking about where that comes from, and what it's linked to."