Promotional photos for the new Power Rangers film reveal female fighters costumed with high heels and 'boob armour', in a move that has been dubbed 'sexist' on social media. 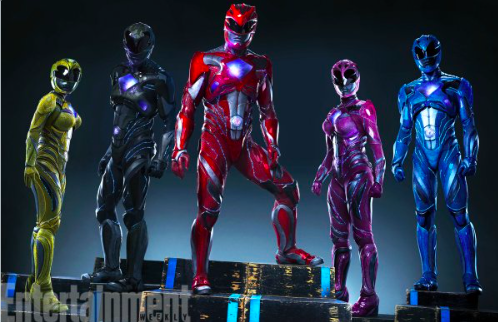 Caitlin Roper, a campaigner for women’s rights group Collective Shout, says the outfits are part of a wider issue of sexism in the media.

“The choice of costuming here highlights a much prevalent trend in media, popular culture and real life, for women to be valued first and foremost for their physical appearance and sexuality,” she tells us.

“Strength, intelligence and ability take a back seat to sexual appeal - particularly when ticket sales are involved.”

Roper adds that having female characters in action roles, as opposed to being depicted as passive or weak, is a positive thing. But she questions why women “have to look hot” while kicking butt.

“It’s interesting this trend to distinguish female action heroes from their male counterparts - the men are somehow the default and women have to be distinguished by emphasising and embellishing sexual characteristics and body parts in a way that doesn’t happen to the men.”