There is nothing subtle about a cling wrapped side of meat. We are invited to drool over one in the film clip for Katy Perry’s song ‘Bon Appetit’. Meant for consumption, our meat is a pale shade of pink and a little marbled, and the chefs hovering about it look ready to slice and dice. But this meat is, in fact, a woman, Katy Perry, in a skin tone body suit. Perry slithers forth like a new born after the chefs cut through her membrane. 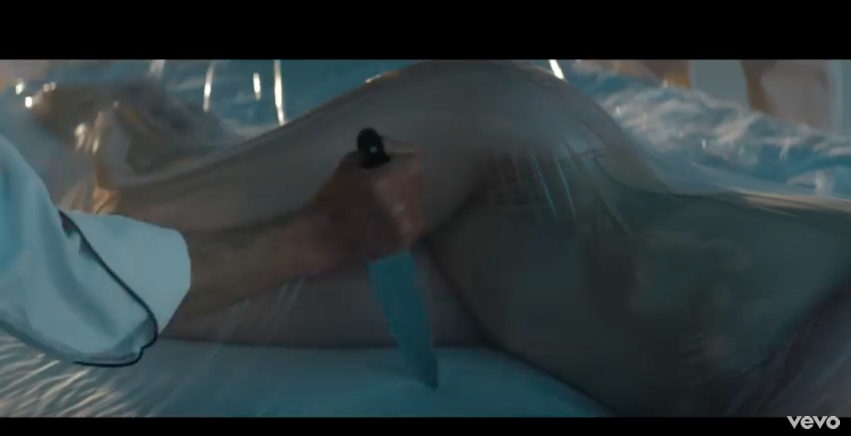 Perry then sings for the chefs to ‘knead me like dough’ and they do, pulling at and stretching her skin. In actions replicating what once would have been called torture, they twist and elongate her limbs. In the ubiquitous overhead vagina shot, the upended Perry is literally ‘spread like a buffet’.

Released in May, the song was part of the extended marketing spin for her album ‘Witness’. The album has received mixed reviews, but Perry, who says she is now ‘liberated from things that don’t serve me’ could just be trying to be a little ironic. In having herself served up as a dish on a smorgasbord she turns herself into a food fetishist’s ultimate desire – ‘a five-star Michelin / a Kobe flown in (a reference to wagyu beef and celebrity chef Roy Choi who gleefully sharpens his knife in the clip).

For a singer who made her reputation on 2010s ‘Teenage Dream’ and who openly states she ‘used to oversexualise myself because that was the only way I knew how’ Perry does not appear to have moved far from that image. In ‘Bon Appetit’ her body is pawed at and picked over again and again, like the piece of meat she suggests it is. In an image that is particularly uncomfortable to watch, a blowtorch sears her tongue. It is not hard to associate this scene with other violent and repressive actions commonly depicted in pornography. 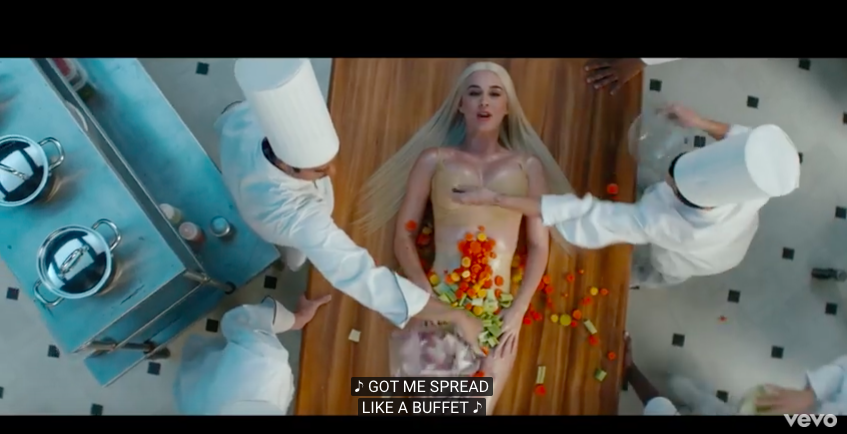 As the song approaches the end, we see a doll-like Perry have her childish plaits sawn off with a knife. She reappears as the Perry we see today -  hair clipped, oozing attitude - and then she becomes a pole dancer in charge of her own destiny.

To the group of young women Collective Shout spoke to, it was one step too far. 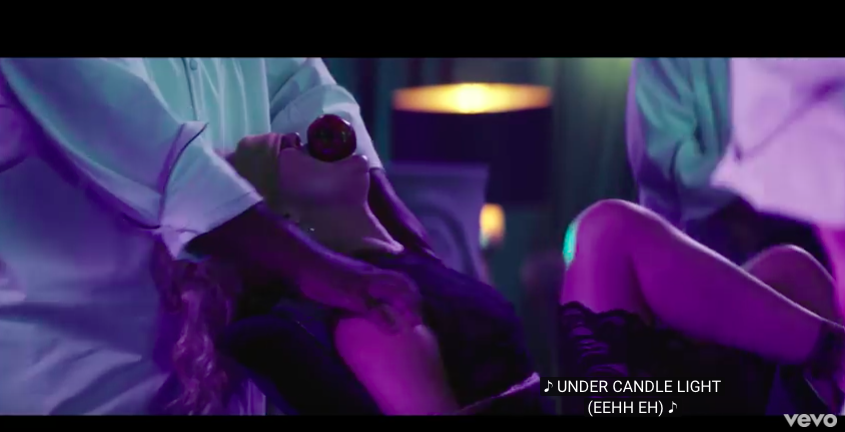 One wonders what the point was. A music video is successful if it catches its market attention. ‘Bon Appetit’ may have captured a certain kind of attention, but its message was little more than a misogynistic wet dream. Sexist at best, puerile imagining at worst, Perry’s effort does little to dissuade her audience that she is doing anything more than objectifying women in the same way beauty pageants of old did – as pieces of meat to ogle over.

Collective Shout is a grassroots campaigns movement against the objectification of women and the sexualisation girls. If you are not already subscribed to our mailing list join today.

About the Author: Judy McCue has worked in the media, marketing and education. She has been around long enough to still think that two of the best things that ever happened to women in Australia (after the Pill of course) was two books. 'Damned Whores and God's Police' and 'The Female Eunuch'. Thank you, Anne Summers and Germaine Greer.