Still sexist: Why we're not falling for Lingerie Football's rebrand

A name change and a few less frills might sound better to sponsors, but it does nothing for women’s sport

When the Lingerie Football League (LFL) announced that it was starting the year with some big changes, I wondered whether they were finally going to do something really radical. Perhaps like paying their players. Or could it bethat they were going to stop making the women sign ‘accidental nudity’ clauses?

But no, apparently not.

On the LFL website Mortaza claimed that all ‘sexy’ branding had been removed from their logos and the player’s lingerie had been replaced with ‘performance wear.’

“While the Lingerie Football League name has drawn great media attention allowing us to show case the sport to millions, we have now reached a crossroad of gaining credibility as a sport or continuing to be viewed as a gimmick. In the coming years we will further establish this sport in the US, Australia, Europe and Asia as the most known form of American football globally. In order to reach the next milestone, we feel the focus has to be the sport and our amazing athletes.”

Now before we go throwing our hands in the air to cheer for Mortaza, let’s have a look at exactly what these ‘modifications’ look like. 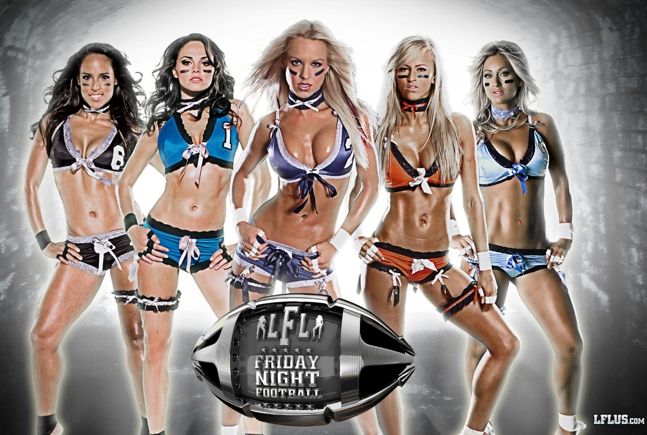 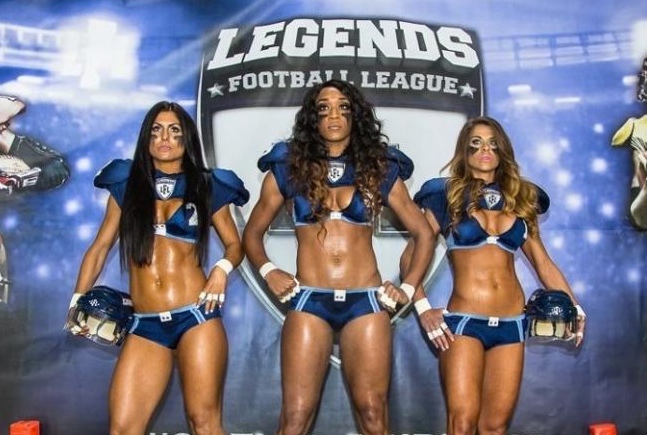 Does Mortaza expect us to believe that a few less ruffles and fringing really change what the LFL stands for? Looking at the old and new outfits side by side, there appears very little difference. Gone are the garters and lingerie, but only to be replaced with what appears to be the same outfit - minus the bows - leaving the players still mostly unprotected and at risk of injury. The new official LFL video shows that the ogling the women is still their main tactic, as the camera operator  slowly pans up the player’s bodies, from their feet to their crotch and breasts.

Here is what we know of the LFL so far:

Mortaza exploits college-aged women for little or no pay and refuses to provide protective uniforms.

Since 2009 the LFL has drawn much controversy for its treatment of the female players. As discussed in my article ‘The Lingerie Football League – Let’s not pretend it’s about sport’,  I revealed how the LFL requires their players to sign accidental nudity clauses, doesn’t pay its players, refuses to provide injury compensation and fines the women if they put any protective gear under their lingerie.

Mortaza and his team have admitted on several occasions that image is central to his selection of players, and the majority of the women are college level athletes who would have no hope of playing on a national level without the LFL – a card which Mortaza plays expertly. I believe that Mortaza chooses these women with the express intentions of exploiting their desperation to be a recognised athlete.

Despite Mortaza’s promise in 2011 that his players would be paid once the LFL became “financially stable”, we are still yet to hear any credible news of this happening. It would seem that even with all their success as the 'Nation's fastest growing sports league’ and airplay in over 85 countries, the only one that profits is Mortaza.

Some of the LFL’s biggest players have themselves revealed that they recognize the inequality within the league, but feel they have little choice if they want the chance to play on a national level. In an interview with CBC radio in 2012 Tampa Breeze Florida player Liz Gorman expressed her frustrations.

CBC:  “You don’t get paid?
Gorman: “No…it does get frustrating.”
CBC: “It sounds like you’re doing it because you love to play football and you want to play, and you accept the other sacrifices that come with it.”
Gorman: “Yeah…(silent for some time)…Sex sells. It’s a business. We don’t get the same media as men… so it’s obviously not the players that are choosing this.”

Evidence of harassment towards women, physical violence, nudity, verbal abuse and the use of blow up dolls were all witnessed during LFL events.

Attending the Sydney event last year, Collective Shout's Deborah Malcolm witnessed a contest named ‘chase and tackle the girl’ where men were invited onto the field to chase and grope the players; the humiliation of a female player who lost her bikini bottoms during a touchdown and then had the image replayed on a large screen for the viewing pleasure of the male audience; and the use of a blow up doll which was passed around the bleachers while men simulated oral sex on it.

Mortaza’s disrespectful treatment of the women was exposed firsthand when 23 year old student and athlete Tal Stone tried out for the games. Stone described how she and the other women were screamed at and abused by Mortaza, told to ‘pancake the shit’ out of each other, to ‘stop wasting his fucking time’ and repeatedly called ‘pussies’; all while the LFL players ran alongside the girls making ‘vagina’ signs over their heads. As Stone explained, this wasn’t a game built to showcase talent or athleticism. It was a gimmick that encouraged violence and humiliation towards the players, whilst making money from them.

The LFL preys on underage girls

In 2011 Mortaza tried to recruit the then-13-year-old Paris Jackson as its official spokesperson for teenage athletes, in an attempt to draw younger girls into the LFL.

I fail to understand how a few less bows and ruffles on the players uniforms and the addition of thicker shoulder pads changes any of the behaviour we have seen so far from the LFL. So forgive me if I do not throw my hands in the air and applaud them for their supposed renewed focus on sports women’s performance.

In light of their poor sales at the 2012 Australian games and the storm of controversy surrounding the league, it is not surprising that Mortaza is scraping to find a way to rehash the LFL in Australia. However, the Legends Football League is nothing more than a pathetic attempt to make advertisers feel less uncomfortable. Nothing really has changed.

There is a positive alternative - Gridiron team the Western Foxes

These athletes are the real deal. They don't discriminate and they don't compromise on safety. Anyone who wants to support Women's Gridiron in Australia should check out the Western Foxes in Victoria, the Female Gridiron League in Qld and Women's Gridiron ACT.