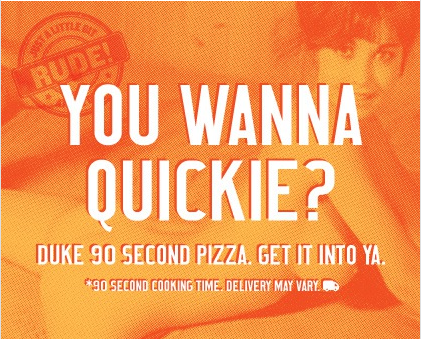 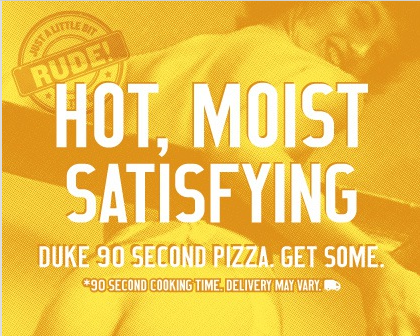 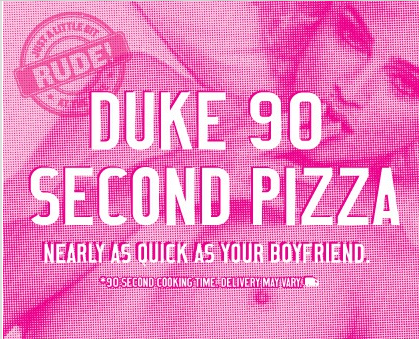 Collective Shout supporter David Maegraith started a change.org petition in response, and within a number of hours, the hotel issued the following statement indicating they had withdrawn the offending advertisements:

"Thank you for your comments and concerns in regards to our advertising. After consulting with the Advertising Standards Bureau we recognise that the ads could breach "community standards' as set out within the code so have removed them from the business. It was not the businesses intent to offend any particular group in fact we did have a review process before placement, where we put the ads before 10 of our female staff and a group of female customers. The ads were actually created by a marketing company owned and operated by females so obviously we and they did not think it would be an issue. Again we state we are sorry if it did offend you as it was not our intent to do so."

But why was this allowed to happen in the first place?

While we are pleased the Duke Hotel has removed these pornographic advertisements, they should never have been able to advertise this way in the first place. The current system of advertising self-regulation requires no pre-vetting from advertisers and makes this very abuse of the system possible. Industry self-regulation is a failure, and we continue to call for an upheaval of the whole system.