Perth's Indi Bar has taken down an image from their Facebook page after a barrage of complaints from Facebook users accusing them of promoting rape culture and violence against women. The image, referencing an act of sexual violence common in pornography, was an ad for their hot dogs and beer. 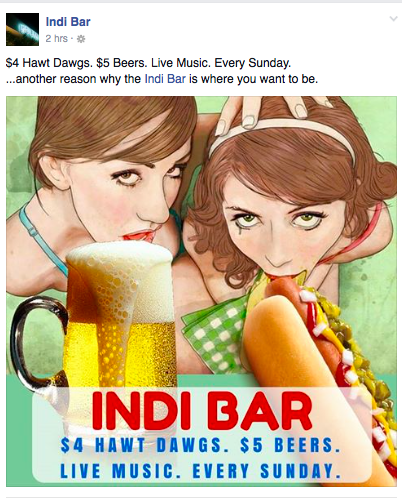 Various commenters labelled the advertisement 'disgusting' and 'degrading to women'. 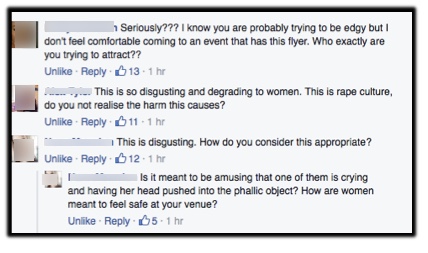 The Indi Bar initially tried to deflect criticism, with a female staff member claiming the image was merely "a great bar showing some humour"- because what could be funnier than women on their knees being forced into sexual acts? Why is sexual violence, cruelty and humiliation of women supposed to be regarded as "just a joke"? And more importantly, who is laughing?

Fortunately, Indi Bar removed the post overnight- thanks to all those who spoke out! 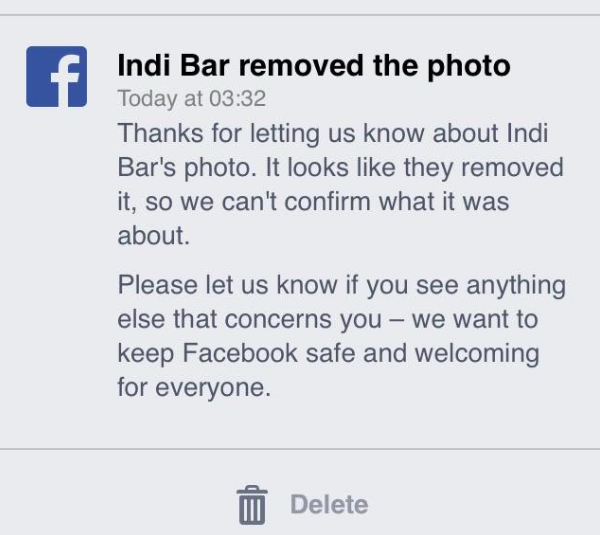 One has to ask how this image make it to their Facebook page in the first place- and why it took a barrage of complaints before it was withdrawn. Let's hope next time Indi Bar, and other companies, will make an effort to promote their products and services without demeaning and exploiting women. After all, it is 2016.