Honey Birdette’s "Ivy" posters have been found to be in breach of the Australian Advertising code of ethics, despite being up for weeks in stores around the country.

In the Ad Standards Panel Case Report, a quote was included from a complainant who noted that her previous complaint (upheld) had been ignored by Honey Birdette.

This ad would be best placed in the window of a brothel, though I doubt they would be permitted such an explicit ad. I lodged a complaint last time I saw such a poster ( last time I visited Wollongong) and the complaint was upheld. Honey Birdette declined to challenge the ruling, but obviously paid no regard to the Ad Standard authority as this poster is no better than the subject of my previous complaint. 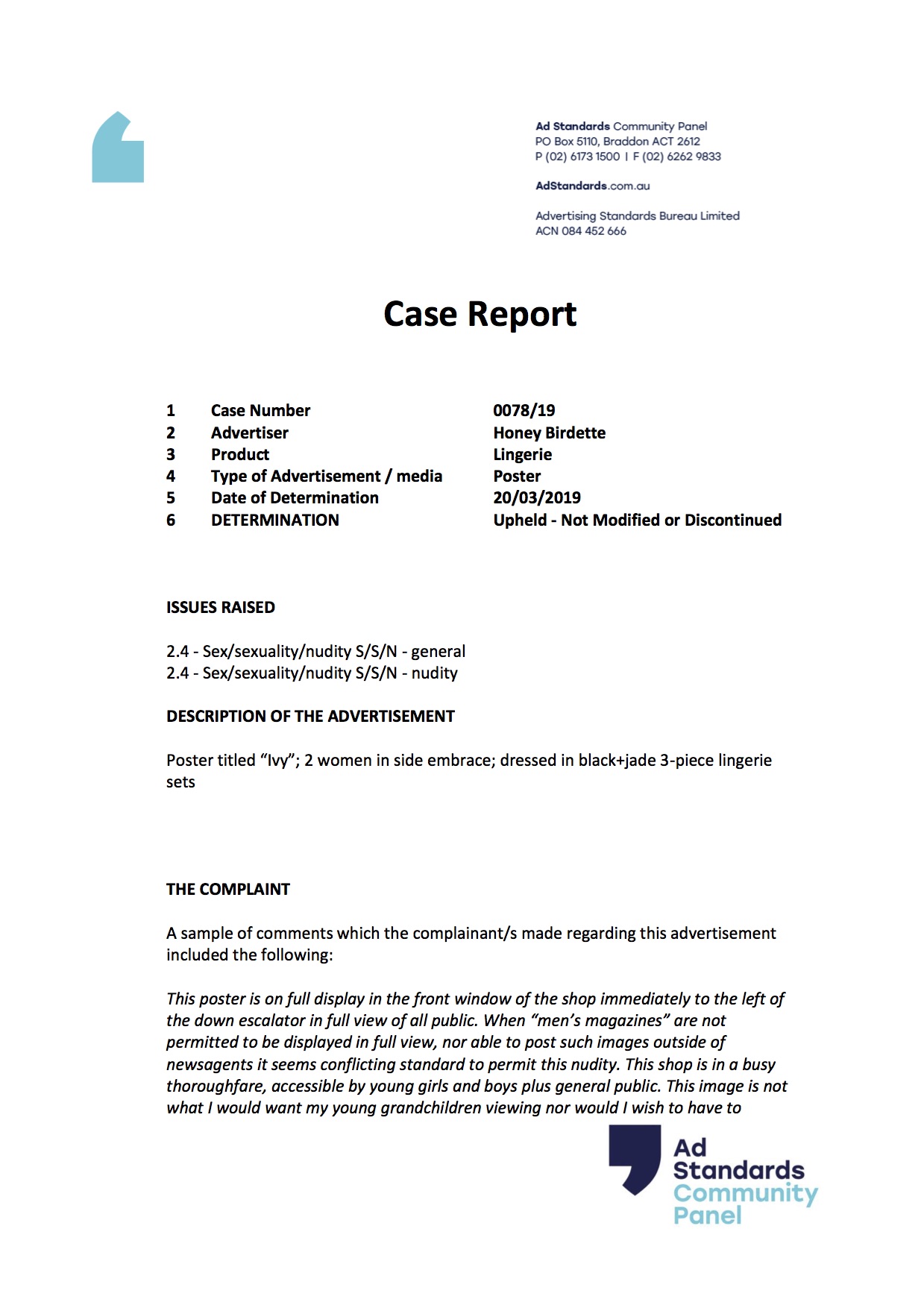 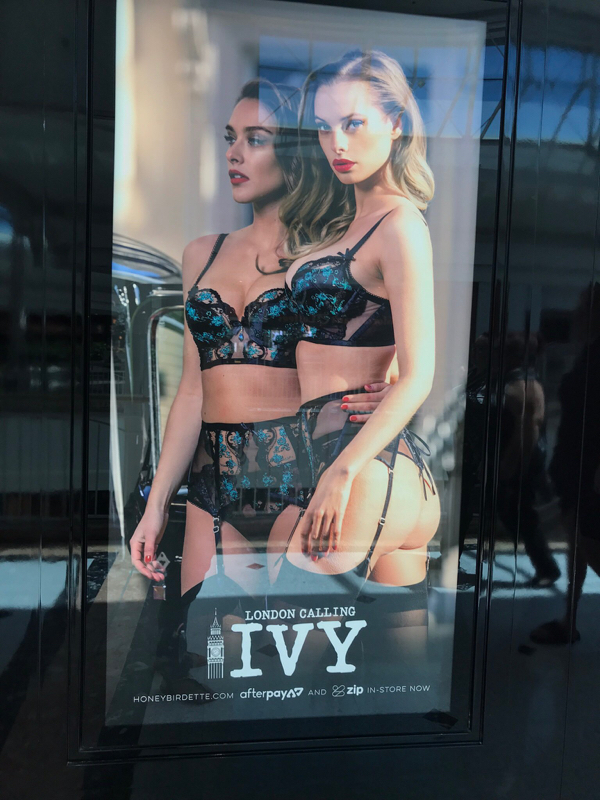 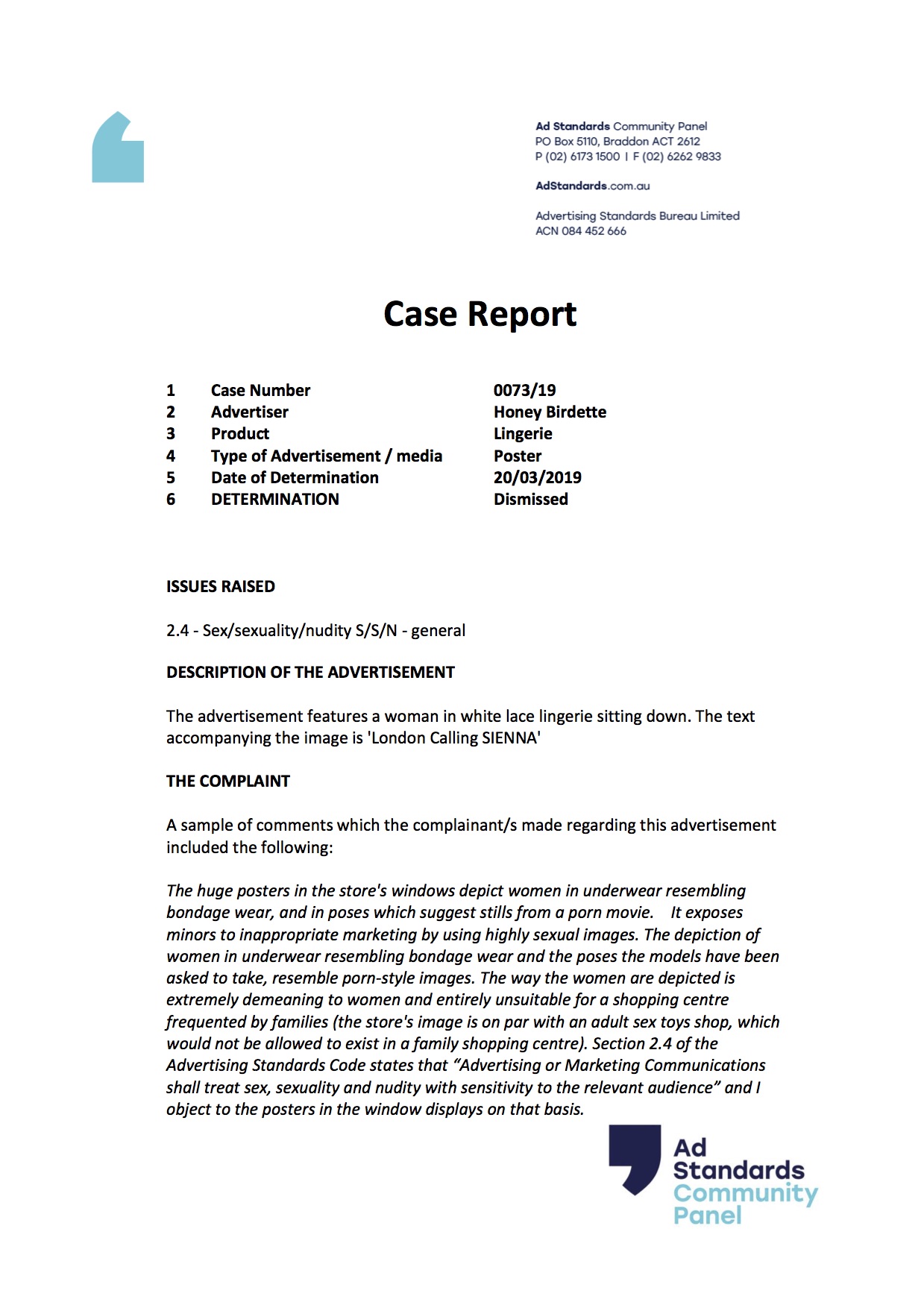 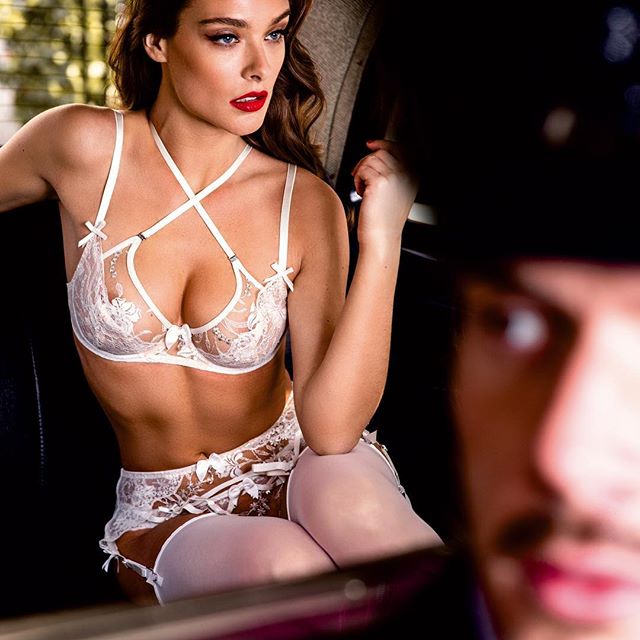 "The Panel noted the poster advertisement featured a woman in white lace lingerie and white stockings sitting in the backseat of a car. The words ‘London Calling SIENNA’ appear on the ad along with an illustration of Big Ben."