Honey Birdette have a long history of exploiting women in their advertising. But more recently they have come under fire for a different reason, allegedly encouraging the sexual harassment of female employees.

Ex employee Chanelle Rogers has launched a petition against the sex shop masquerading as a lingerie store. From her petition:

Honey Birdette promised a dream. They delivered a nightmare.

I saw women mocked for daring to apply for a job at Honey Birdette. I saw workers humiliated and threatened by management because they weren't wearing perfectly applied lipstick all day, their heels weren't high enough, and because they didn't "talk the way a Honey should talk".

I saw workers sexually harassed and intimidated by customers - and when these women spoke up, management told them to suck it up.

Chanelle's story was published in The Age and Sydney Morning Herald, featuring a video describing a scenario of harassment and management's failure to respond to it. 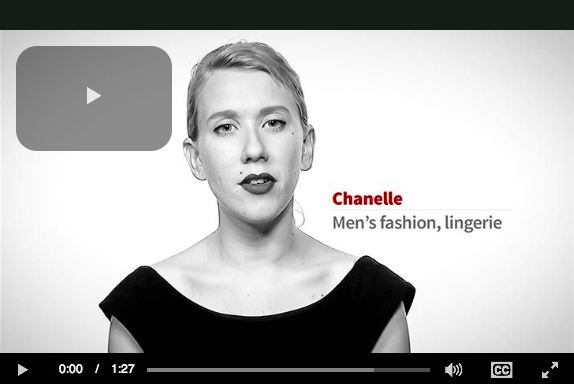 Chanelle is calling on Honey Birdette to:

Chanelle is not the only employee to cite sexual harassment and poor working conditions- we've found various workplace reviews made by other employees complaining about similar treatment. Honey Birdette employees (referred to as "Honeys") are expected to wear at least three pieces of Honey Birdette stock during each shift, the cost of which they must cover themselves. Another expressed her shock that staff members encouraged children into areas where sex toys were located.

Here's a small selection from the employee reviews:

"If you don't fit the lingerie you don't work there."

"Employees are nothing more than eye candy, made to exploit their sexuality for rewards."

"Must always have a full face of make up, beautiful well kept hair and nails...IT'S A LOT OF $$$."

"I lost 5kg in a month from the stress alone."

"We were regularly told of 'liberating' stories where employees would be harassed by men but it was ok cause 'they turned it into a $1000 sale'. Harassment and sexual harassment was not taken seriously. A company that capitalises on a watered down, white middle class 'sexual liberation' through the exploits of those lower than them."

"Pushy sales tactics- use your credit card! Ask your sugar daddy! Who needs food when you can have lingerie and look good in it too?"

Many of Honey Birdette's stores reside within a Westfield Shopping Centre. We have contacted Westfield Management to see what action they will be taking on sexual harassment of staff within their centres.

Westfield has responded as follows:

We look forward to hearing their response.

Retweet our social media posts above.