An Australian owned skin care company has smeared its name by embodying a persona of an abusive partner to sell their brand. Frank Body has created a society in which women have become the object of desire to please the patriarchal male fantasy. Body scrub becomes an innuendo for sexual abuse, when this physical object becomes a vocalised male, named Frank, whereas women become nameless only to be referred to as “babe” becoming less than this physical object.

“this is one relationship where we always scrub and tell” 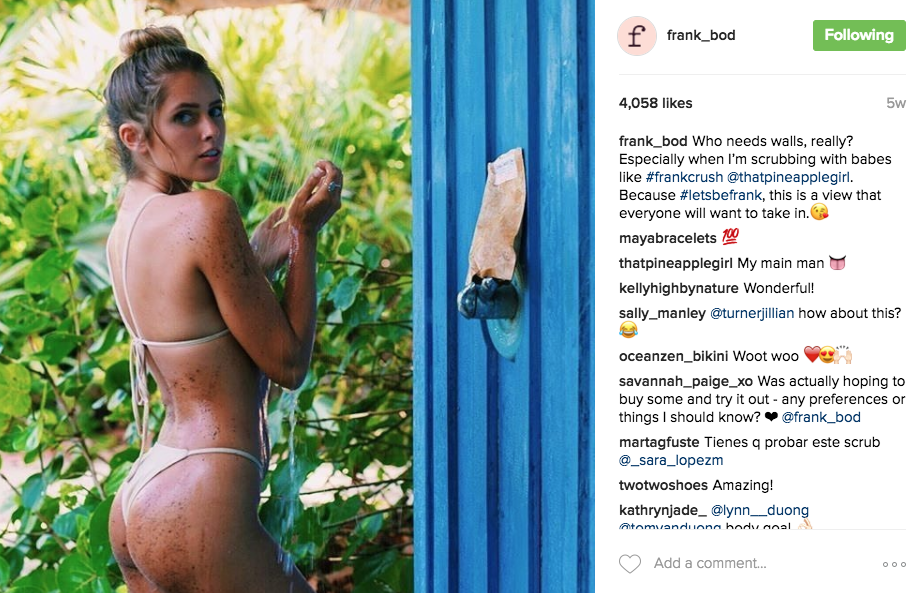 As the picture above demonstrates Frank is ‘scrubbing’ up against a woman in an outdoor shower stating “This is a view that everyone will want to take in”. Sorry Frank, but this is actually incorrect. Studies show sex does not sell, it either deters people from buying the product or actually creates further harm to society.

L. Monique Ward analysing 20 years of research demonstrated that attitudes about sexual violence is associated with frequent exposure to sexual content and pornography. Constant sexualised imagery normalises sexual objectification by reinforcing the message that women are objects for male pleasure.

“The findings provided consistent evidence that both laboratory exposure and regular, everyday exposure to this content are directly associated with a range of consequences, including… greater tolerance of sexual violence toward women” 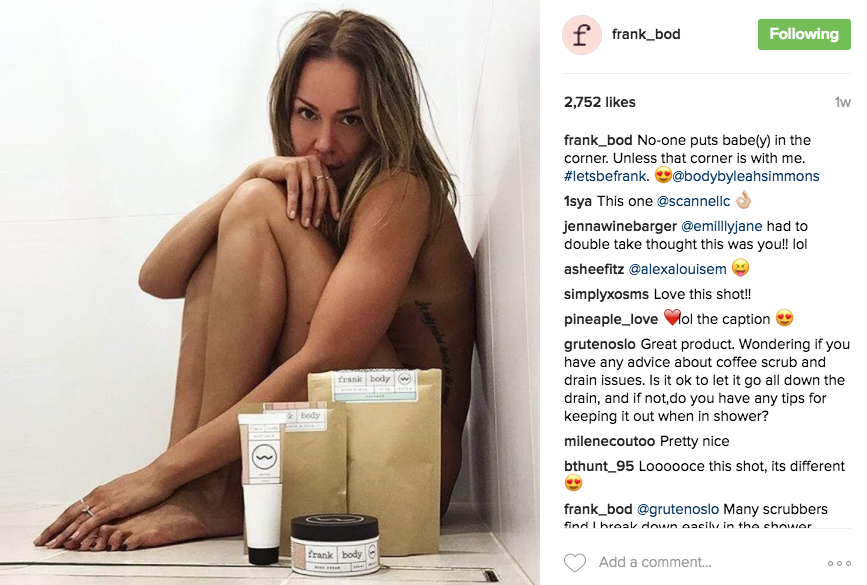 Frank relies on these themes to create his product. Example, the picture above depicts a woman naked in the foetal position, with the caption “No one puts babe(y) in the corner. Unless that corner is with me” - indicating vulnerability and powerlessness, parallel with force and control displayed by Frank.

By normalising abusive behaviour by glamorising it as romantic and sexy, women are indoctrinated to accept possession and control in their lives. Abusive partners themselves are known to use tactics to ‘brainwash’ women into thinking that this behaviour demonstrates love and affection. Abused women therefore do not recognise that abuse is occurring, as possession and jealously becomes cute and romantic.

Not to say that men and women will see these images and then all of a sudden become abusive or abused. Constant sexual objectification creates an environment in which abusive males use these images to legitimise their violence, hence normalising abusive relationships. 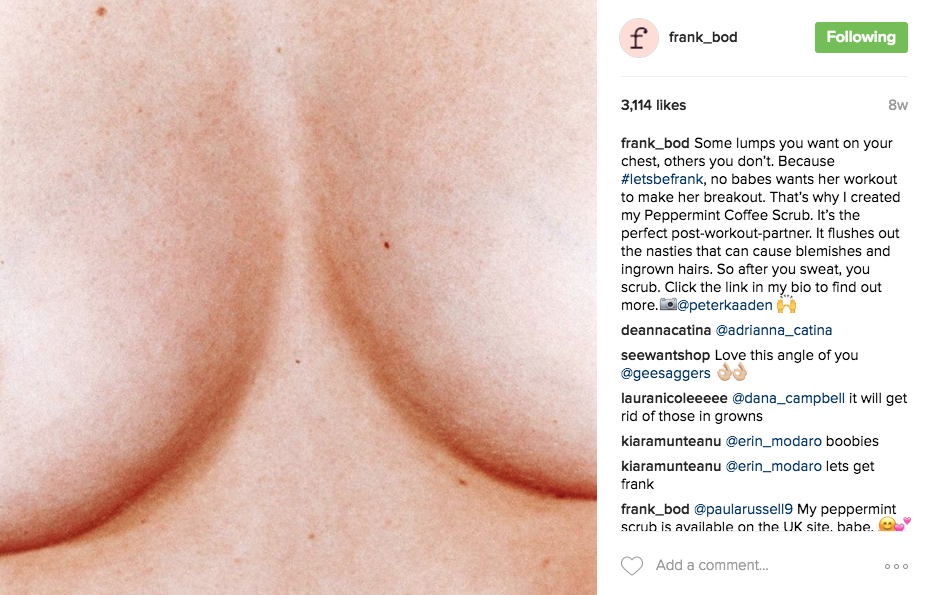 Frank’s behaviour and use of language is classified as abusive by the Domestic Violence Resource Center:

1) Controlling what a woman does and needs

Normalising male possession and control: “No headache the next day? That’s a podium finish, babe. Also, I mean water between your wines. Not vodka. To be clear.”

“I’m not like other coaches: I expect pink sweatbands, high socks and even shorter shorts.”

Shaming women’s bodies: “Brazilian waxing is more about necessity around here, because there’s not much fabric down there”

“Some lumps you want on your chest, others you don’t…”

Normalising Aggression: “Wherever you are babe, I’ll find you. Then scrub you. And tell the world about it…”

4) Making light of the abuse

Denying that abuse has occurred: “…That’s not creepy at all”

If you want to help to make the world a better place for our women and girls, click here: http://www.collectiveshout.org/lodge_a_complaint

MECCA has recently started stocking their products, also taking up this persona in shop windows and their website, please let them know this is unacceptable. 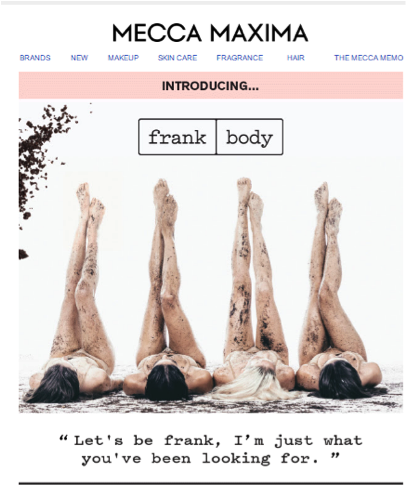