Matalan Bra-gate: How Speaking Out Leads to Cultural Change

Trigger warning: This blog contains references to child sexual abuse, please be aware of and prioritise your own well-being.

Shopping with my with my 10 year old daughter one Sunday afternoon, she suggested she needed new school socks. I could not have envisioned the chain of events that would quickly unfold as a result of her request….

We popped into Matalan, a national retailer with affordable family fashion and homeware.  Arriving in the childrens-wear, I was perusing school socks when she exclaimed, “Oh Mum, look at these cute bras for tiny little kids!” Her exact words. I whirled around to see her holding a very small black bra to fit a very small child. 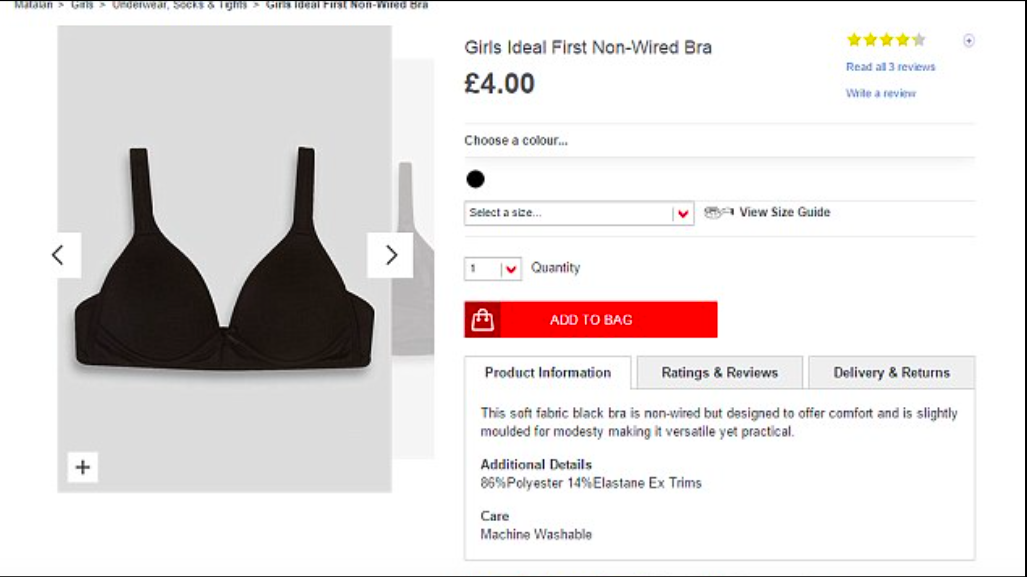 Feeling shocked at the sight of it, I tweeted Matalan questioning who the tiny bra might fit. Matalan did not reply but my tweet spread fast and the replies swiftly began to mount up.

The next few days were spent working, keeping the press at bay, reading the increasing Twitter notification and replying to people around the globe who were contacting me about the bra. A work colleague had held up the bra saying, “That would be too small for my 4 year old.”  Indeed, it did not fit our 10 year old daughter and barely did up on her 8 year old sister. After three days, despite tweeting and phoning, I still had no success engaging Matalan in a discussion. On day four, the office for Sarah Champion, MP and Shadow Minister for Preventing Abuse, contacted me offering to request Matalan reply to me, and to field the press who were relentless. I did not want a media circus; just a conversation with a Matalan spokesperson about sexualised clothing and little girls.

Within 24 hours of Sarah contacting Matalan, I was telephoned by their Head Office. By Friday evening, I had spent over four hours in telephone conversations with Matt*, Marketing Director.  Early moments of our initial conversation sounded public-relations focused, perhaps even scripted.

Then it was my turn to talk. Introducing myself, Matt soon realised I had very genuine concerns and was a passionate professional focussed on protecting children from abuse. Indeed, I continued to reject all requests to speak with the press. Matt listened to me speak from an experienced, informed and heartfelt standpoint as someone who works with children in a safeguarding capacity, having clear insight into the sexual abuse of children which is happening behind closed doors every day. He quickly realised this was about the fashion industry’s role in challenging the perpetual subtle sexualisation of little girls, and encouraging marketing directors to be aware of messages promoted in the clothing they create and the way in which it is marketed.

During our conversations, several issues emerged about the bras, including labelling, colour and merchandising. The labelling cited “padded for comfort.” Matt explained that mothers said their daughters were self-conscious when they began to develop and felt better if their nipples were concealed.  I suggested that the purpose of padding in a bra is to accentuate or embellish what is there, not diminish it. As well, I asked him if there was a wider question to be had in society that young girls feel the onset of puberty is something to feel shameful about and seek ways to hide it? What reasons might they have for concealing the fact their breasts are growing? Does Matalan support body-shaming for girls in relation to the natural process of puberty?

The label also said “modesty.” This opened whole new conversation the marketing team had not considered. “Matt, what is modesty? Thinking back to Victorian Britain, what word was oft-used in relation to women which is the opposite of modest?” He answered “Immodest.” I pointed out that in days gone by, if women did not wear hemlines to the floor, sleeves over their wrists, and high collars, they could be considered by society as immodest. Choosing to dress in an “immodest” way implied a lack of conformity, and possibly having a brazen attitude towards sex. This opened a conversation about victim-blaming.  “Matt, if your company markets the bra as ‘modest’ and if girls choose to not wear it, would Matalan say they are behaving ‘immodestly’?” The victim-blame culture in our society attempts to blame (mostly) girls and women for sexual assault. I asked him to consider this in relation to the word “modest”; to consider the double standard, pointing out this was not a word that would likely appear on a label for boys’ boxer shorts.  Enlightened to victim-blame culture, Matt asked for an alternative suggestion to remove any implication surrounding victim-blaming culture. I suggested it could be left off altogether. 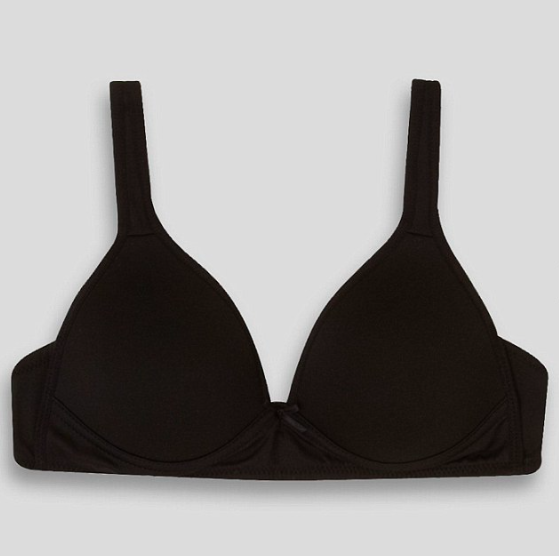 At times we stopped to acknowledge these are difficult things to think about. Matt felt able to say when he was finding it hard to talk about, and in turn, I made efforts to remind myself that the world of safeguarding was not familiar to him, and added sensitivity was needed. I spoke about the National Crime Agency, and police friends working with inappropriate images of children trawling thousands of images on the dark web every day, trying to protect the children in the pictures and bring the perpetrators of their sexual abuse to justice. “Matt,” I asked, “could you sleep at night if you knew a child sex offender was selling sexually abusive images online of a little girl wearing a tiny black bra which he had purchased in one of your stores?”

The following week, after further discussion and email exchanges, the efforts of the past ten days finally paid off.  Changes had been agreed as a result of all our conversations. The labelling would be changed with “padded” and “modesty” removed. The bras would be marketed in the 9-16 years section rather than the 2-13 years.  I was invited to Matalan Head Office to meet the team and learn about sizing regulations.  Having told his team about my passion for my work, Matt asked if I would give a presentation to them about child sexual abuse and exploitation in relation to all the conversations we had, to give them an understanding of something they had no cause to think about in their day to day professional roles.

I spent a day with Matt’s team learning about nationally set sizing regulations and test processes.  I delivered a presentation to the team on child sexual abuse and the areas Matt and I had talked about in relation to the sexualisation of girls. Having been previously told labelling changes would take six months to happen while old stock sold, the highlight of my day was to be shown a bra with the brand new label on - the decision had been taken to change all the labels with immediate effect.

I am delighted to confirm the bras are no longer marketed as “padded for modesty”.