Posted by Caitlin Roper 5220sc on

Over the last few weeks, Target has drawn complaints over sexualised girls clothing, specifically, padded bras for girls as young as six. 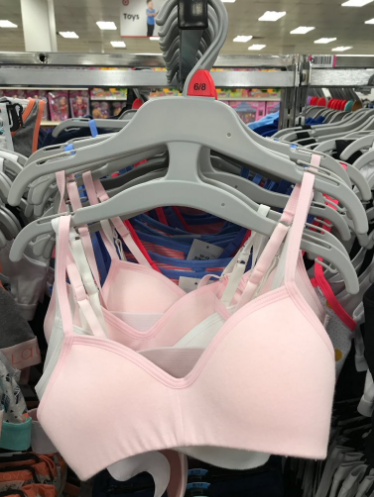 Target maintained that while the “moulded crop tops” were ranged from size six, the size did not refer to age. Several parents rejected this assertion, pointing out that for their children sizing did closely correspond with age, and that a size six bra would easily fit a six year old child, if not one even younger.

While there is an argument to be made that there are girls who may be developing earlier and prefer some degree of coverage, there is a difference between coverage and sexualized or more adult items designed to enhance or draw attention to certain body parts in children- particularly those body parts that have not yet developed.

Over the last few years, Collective Shout successfully campaigned against Bonds, who subsequently withdrew their padded bras for six year olds, and Best & Less, who were forced to remove bralettes for two year olds and their “tween age push up bra”, to enhance the breasts of pre-teen girls who may or may not have even developed them.

This isn’t the first time Target has been accused of sexualising young girls. Back in 2012, Port Macquarie primary school teacher Ana Amini posted a comment on Target’s Facebook page, lamenting their lack of age-appropriate, non- sexualised clothing for her eight-year- old daughter. Within a week her post had attracted more than 72,000 likes, with many comments from other parents who were similarly frustrated.  Just last year a Melbourne mother called out Target for inappropriate shoes with heels for toddlers.

Of course, it’s not just Target- we frequently hear from parents who are frustrated with the clothing options available to their daughters. And it’s not just clothing. It’s a whole culture where girls are encouraged to appear older than they are, to be focused on their physical appearance and to invest time, money and energy into being skinny and hot. Our girls deserve better. 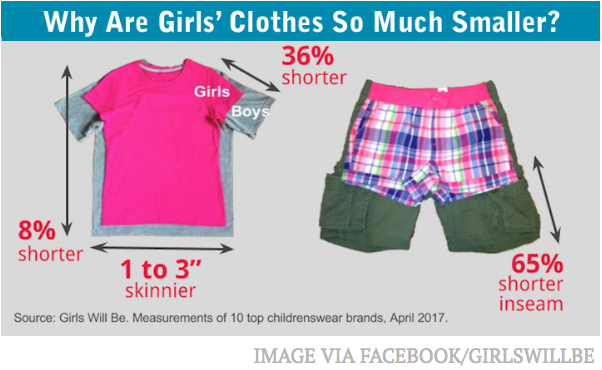