With this forming the new reality for teenagers, the traditional sex education taught in schools seems archaic and irrelevant.

"I was disgusted, I thought, 'Oh my god that's a woman'. I think most of the girls felt the same but nobody said anything. Some of the guys were laughing."

She was among many who spoke to Fairfax Media who said pornography should be discussed in schools.

Dr Megan Lim, Head of Sexual Health and Young People Research at the Burnet Institute, sounds a note of caution: young people urgently needed to know about the potential impact of pornography on them and their peers, but tackling this in sex education would be very challenging.

In a recent study at the University of Sydney, researcher Dr Gomathi​ Sitharthan​, found that over time some people's viewing habits escalated to involve more extreme and even illegal material.

Sitharthan's​ work also found that for young people who watchporn excessively the consequences included skipping school, grades going down, not engaging in social and sporting activities, secretive behaviour and moodiness, and forming unrealistic expectations when interacting with the opposite sex. 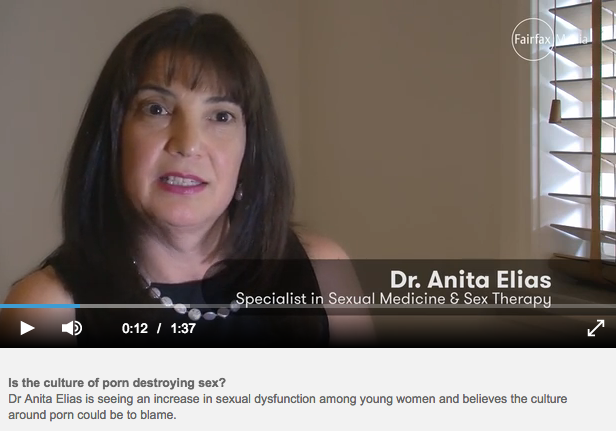