UPDATE see: Why is Belle Delphine banned on Instagram? Everything you need to know

As well as selling the bathwater, Delphine makes money selling posters and a mousemat featuring an anime-style drawing of herself.

Delphine also has over 3000 “patrons” on crowd-funding site Patreon where users can offer support for as little as $1 a month.

But for $7-a-month users can pay for “cute and sometimes weird selfies”, as well as behind-the-scenes access to photoshoots.

There’s also an X-rated offering where customers can get “access to lewd HD photosets” and her personal Snapchat, which she describes as her “naughtiest” social media account.

The most expensive option is around $3580 a month, but the “rewards” of subscribing to this are not specified on the site.

Her Instagram feed is filled with raunchy photos and clips, including snaps of Delphine topless and posing in lacy lingerie.

But the most disturbing thing about this story are the facts that didn’t make it into the article. Delphine’s Instagram is almost completely dedicated to publishing photos and videos of herself dressed up in little girl’s clothing and acting out in cartoonish, highly sexualised ways.

'Lolicon' is banned in the UK where Delphine is based. 'Lolicon' and other fictional representations of child sexual abuse and exploitation are illegal in Australia.

There are images of Delphine wearing knee high socks with long pigtails in a pink pastel coloured room surrounded by stuffed toys. Another features her laying on a bed in a little girls room with an outfit that says "babygirl" on the front. 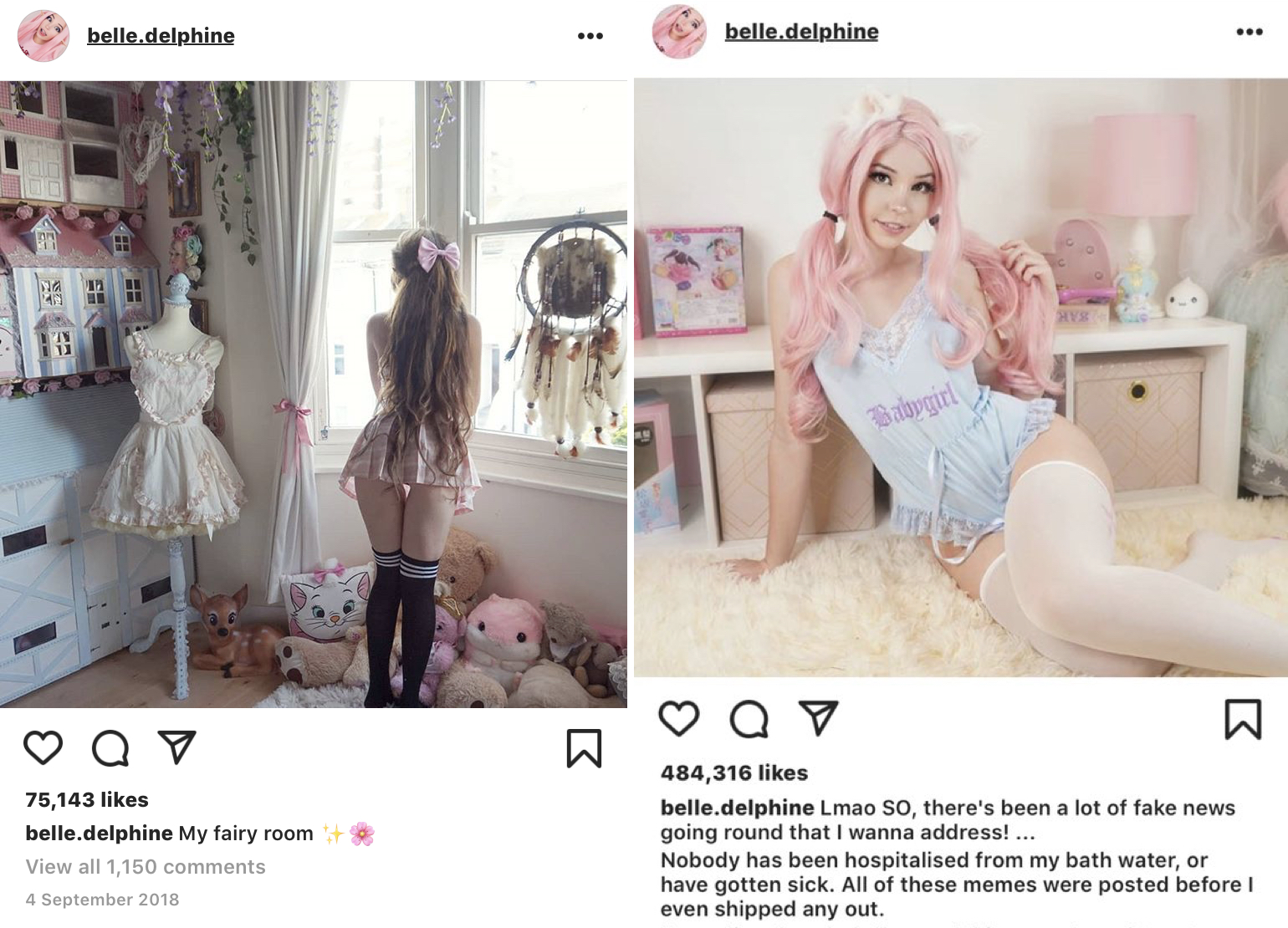 In many images Delphine’s facial expressions involve her sticking her tongue out and rolling her eyes into the back of her head, which in this genre, is supposed to be a depiction of sexual pleasure. 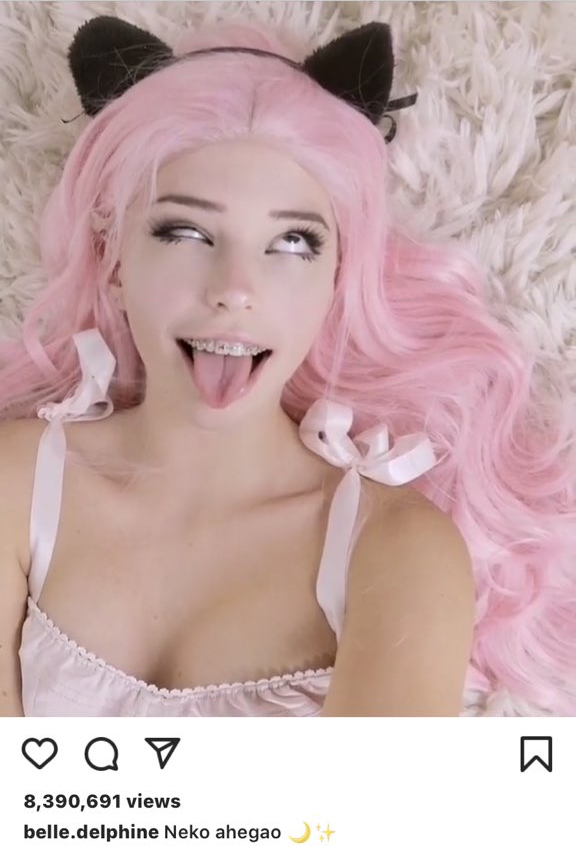 The captions that accompany these images affirm the underage aesthetic. An image of Delphine wearing braces (one of her costume props) and a band aid over her nose says "the fbi are coming to your door wyd??” [What you do?]

Another image of Delphine posing beside a pool says “Let me be Ur little loli gf.” 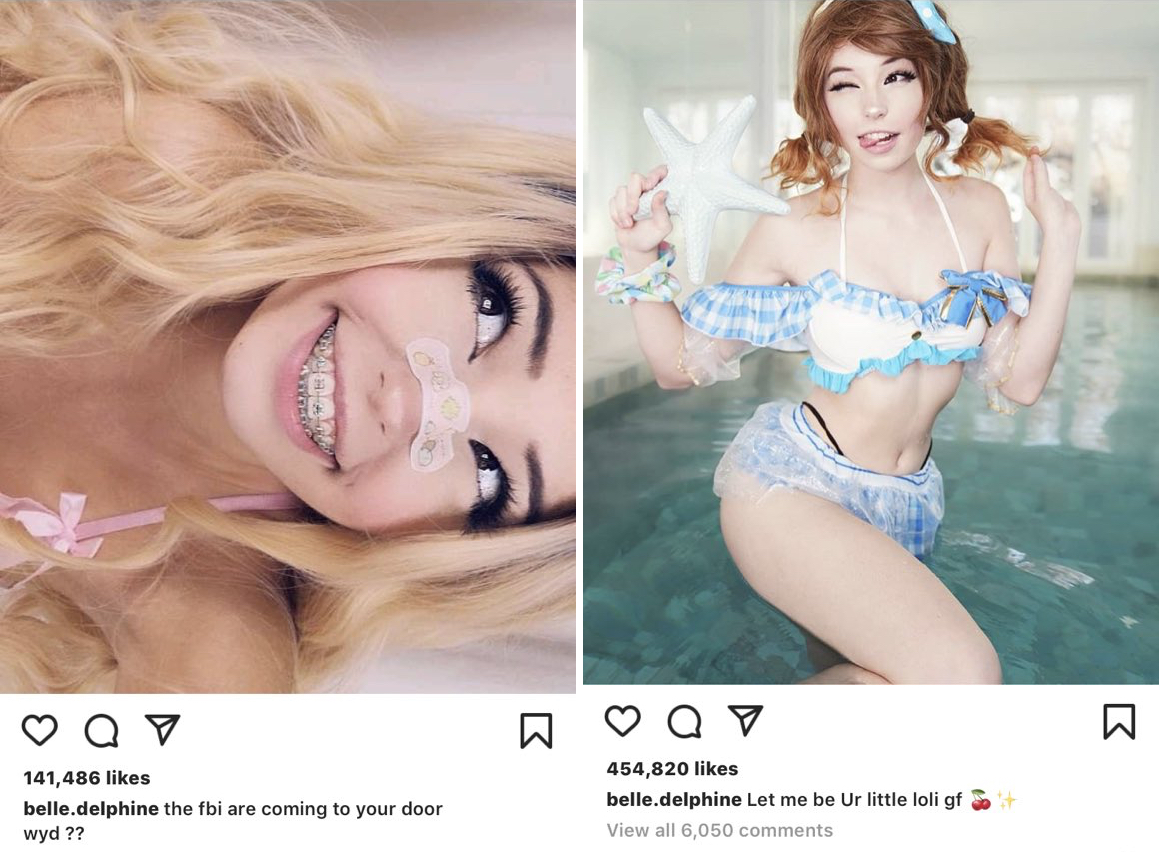 In a video posted to Instagram Delphine wears a crop top that says 'Come here Daddy' while performing a disturbing sexualised song. Lyrics to this song include “7 inches please adopt me.” 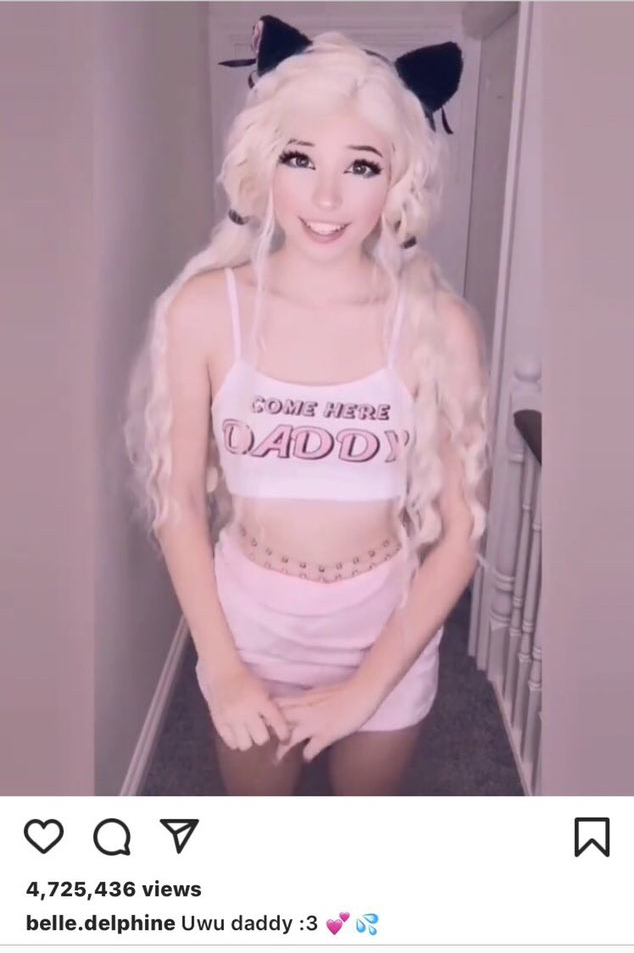 Another photo of Delphine has her propped up by a pink teddy bear while using a sex toy. She is laying on a bed that appears to be in a little girls room while pulling the 'ahegao' face.

Delphine is 19 years old, but her social media accounts show that she has been making similar content since age 15.

That there is a market for these pedophilia themes is not new. What is new, is the eroticising of child sexual abuse and exploitation is happening in plain sight on a social media platform for ages 13 and over. Why didn't a major news outlet like news.com.au think this was worth a mention?

Instagram is providing a platform for normalising the eroticisation of children and in doing so may be hosting illegal content. By providing a platform to Delphine to publish these images and invite followers to access more 'lewd content' via her Patreon link, Instagram also acts as a conduit for access to 'pseudo child exploitation material.’ (aka 'pseudo child pornography' or PCP).

"The norms and values that circulate in society and define adult-child sex as deviant and abusive are wholly absent in PCP, [delivering] the message that sex with children is hot fun for all...the images of girls in PCP do not exist within a social vacuum, but rather are produced and consumed within a society where the dominant pop culture images are of childified women and hypersexualized, youthful female bodies...on a cultural level, when we sexualize the female child, we chip away at the norms that define children as off limits to male sexual use."

We reported a number of these posts to Instagram but were almost immediately notified that the posts did not violate terms of service.  "Lolicon" is legal in the US where Instagram is based and is protected under "free speech" laws. It is unclear where UK based Delphine stands in relation to the law.

See also: Child sexual abuse thrives in a culture that eroticises it