I register this complaint under sections 2.2 and 2.4 of the AANA Code of Ethics.

This advertisement degrades women as a group by telling females to “Take it all off” — a clear double entendre that isn’t even accurate in terms of the 50% sale it is advertising. The inaccuracy of the slogan reinforces the intention of the retailer to sexualise women. The advertisement appears in full view of children (the ‘relevant audience’) walking through the mall. The slogan is short enough and simple enough to be read by children and its meaning interpreted by girls who already receive a constant bombardment of advertising messages about how their worth as humans is measured by their sexuality. 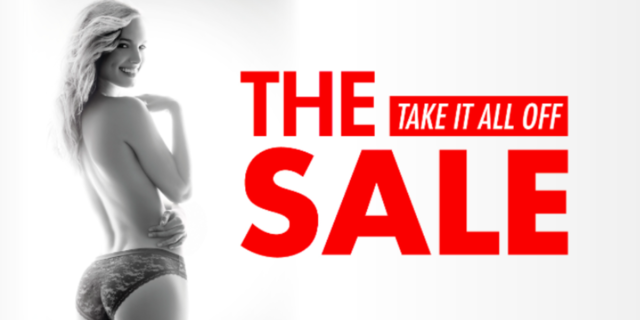 This slogan is directed at a general representation of women that exploits women sexually for the sexual aggrandisement of men, and degrades women by reducing them to objects to be consumed. It should be noted that men are not similarly sexually objectified and commodified by such types of advertising slogans.

Presumably, BNT couldn’t run with the more accurate ‘Take it half off’ — it was a 50% sale — because it would be rather too close to the common ‘Take your top off’ mantra recited by packs of young males at events such as schoolies week. The message is clearly sexual in nature and exists within the context of a rape culture in which young women are accosted by males who shout at these women things such as, ‘take your top off’, ‘get your tits out’, and ‘get it off’. If you’re not sure what rape culture is, or don’t believe it exists, then I invite you to watch this clip.

I would then invite you to explore some of the extensive literature on how the sexualisation of women by advertisers and marketers contributes to the legitimation of male violence towards women and girls. A sample of this academic, evidence-based literature can be found here.

If the Community Panel considers that the sexual appeal is only ‘mild’ — even if you consider there to be any sexual appeal at all — then the above reading list will show that ‘mild’, individual instances of sexually objectifying advertising of women all add up to the dehumanisation of women as a social class.

Please note that I am not making a complaint about nudity, how relaxed or in control of her situation the model might appear, the fact that the retailer has a right to advertise what they sell, taste, offence, choice, individualism, the personal history or consciousness of the model, the empty concept of ‘empowerment’ as it is used in relation to women’s choices. Of course there is nothing inherently degrading about a woman in underwear — but a sexualised woman being told and/or telling others to take all that underwear off degrades and exploits all women.

Have you seen an ad that sexually objectifies women? Make a complaint to Ad Standards. 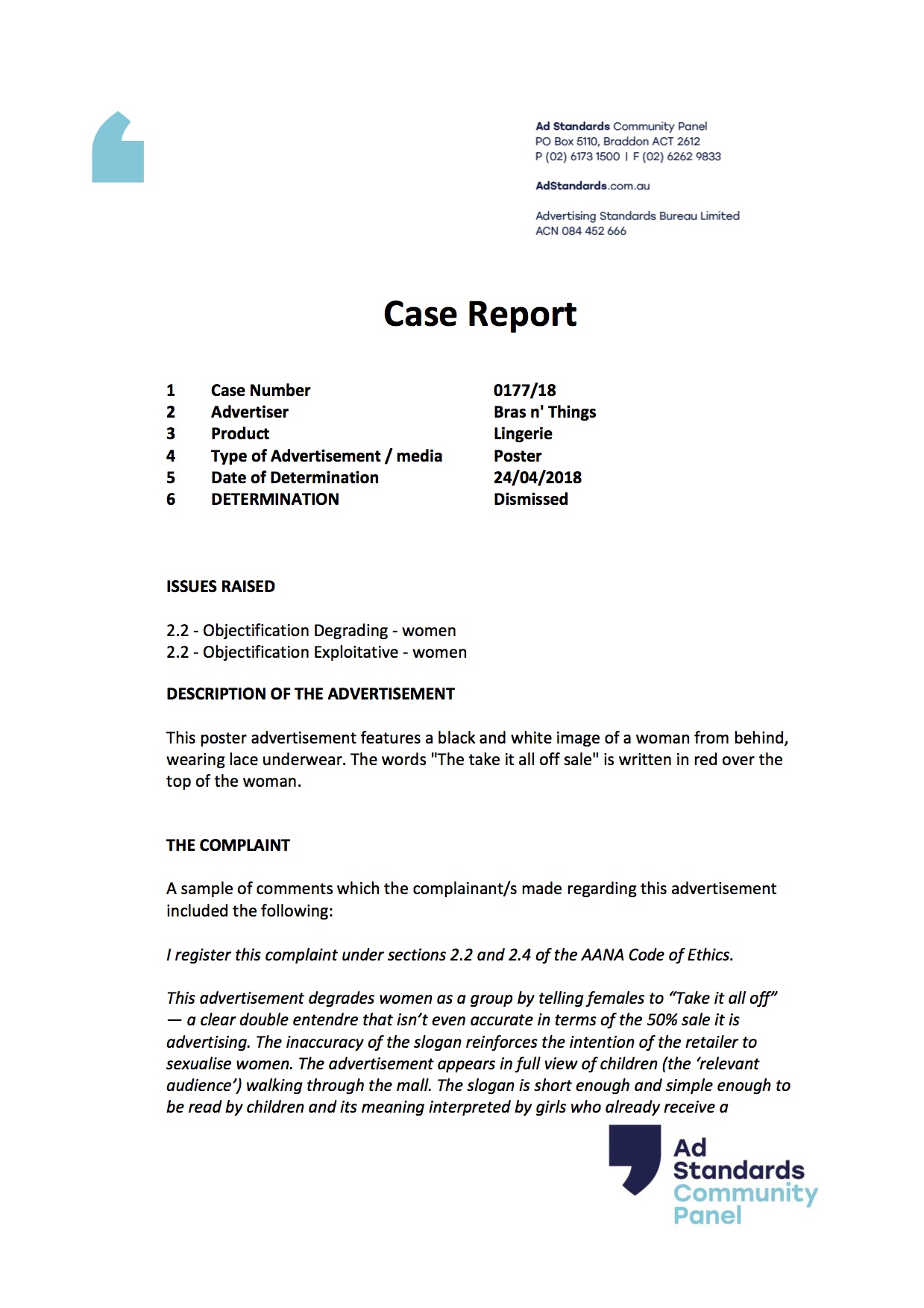