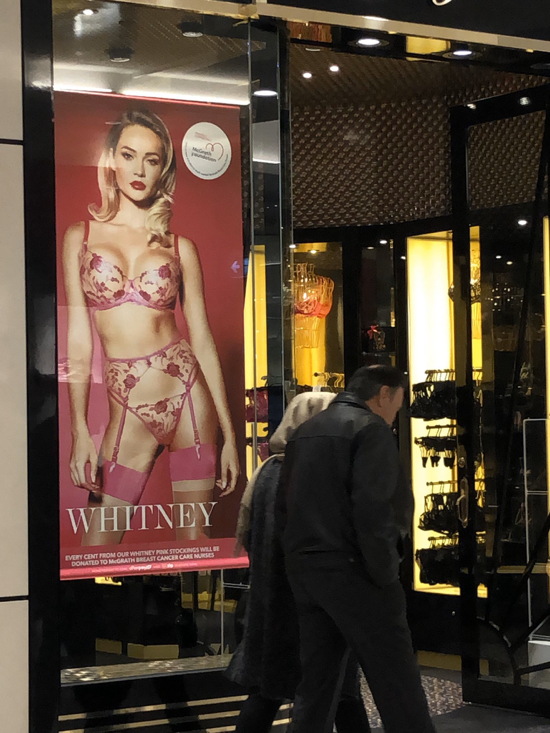 A 'Breast Cancer Awareness Month' page (below) on the company's website had included an instructional flyer heavy on sexual innuendo alongside photos of a model examining her breasts, complete with the standard Honey Birdette model 'pout.' 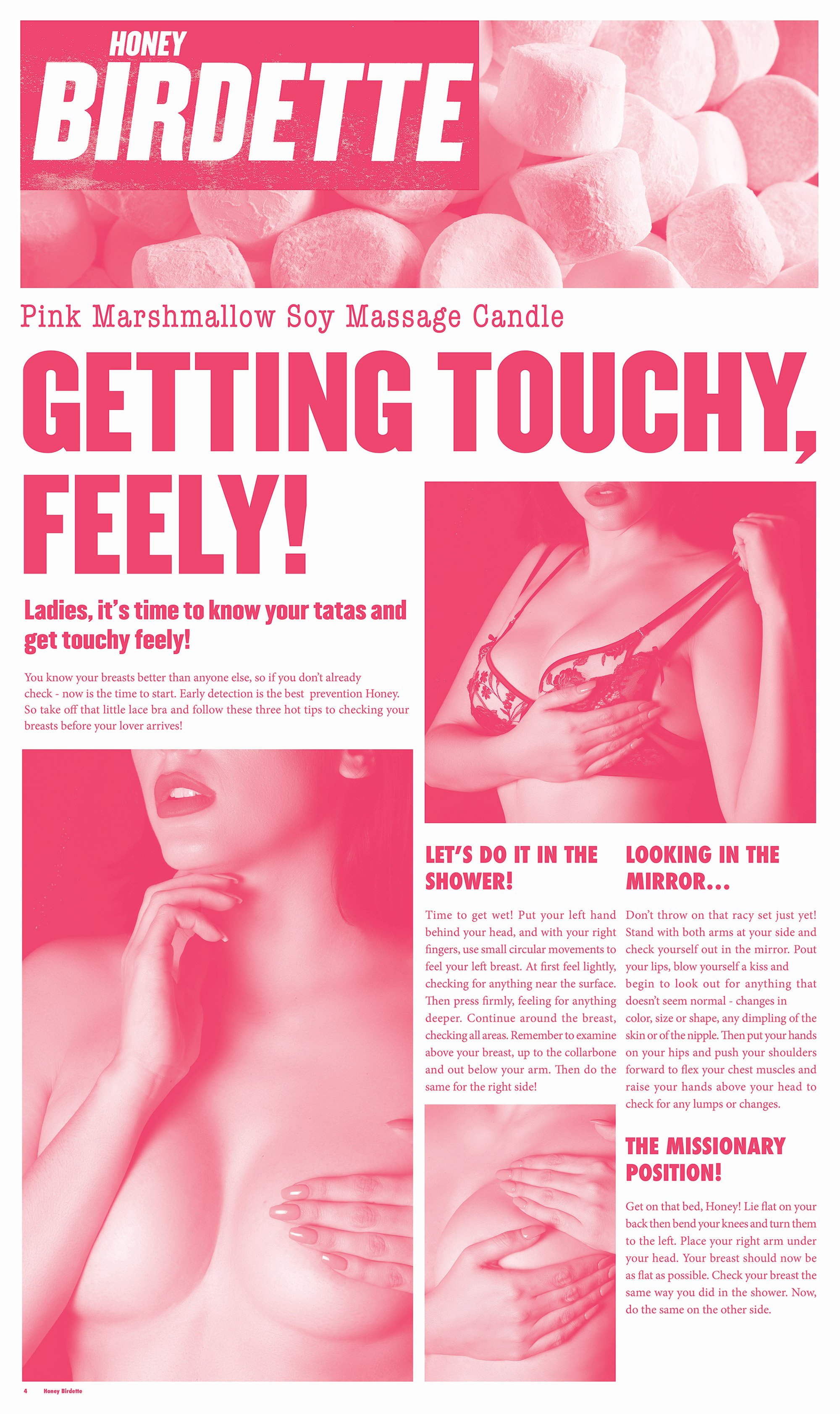 A representative from the charity informed us the content had been removed as it was “not in line with our agreement with them”.

Now Honey Birdette has done the same thing again – but this time the charity seems fine with it. 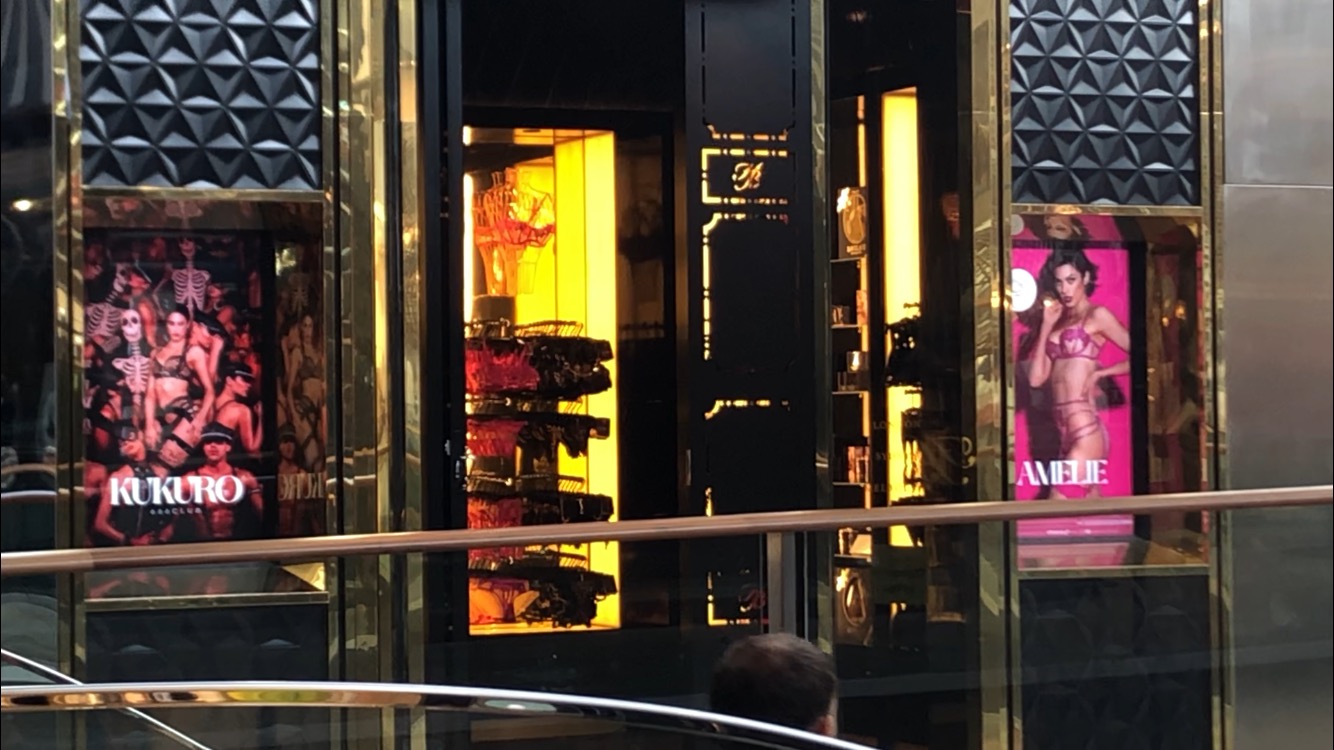 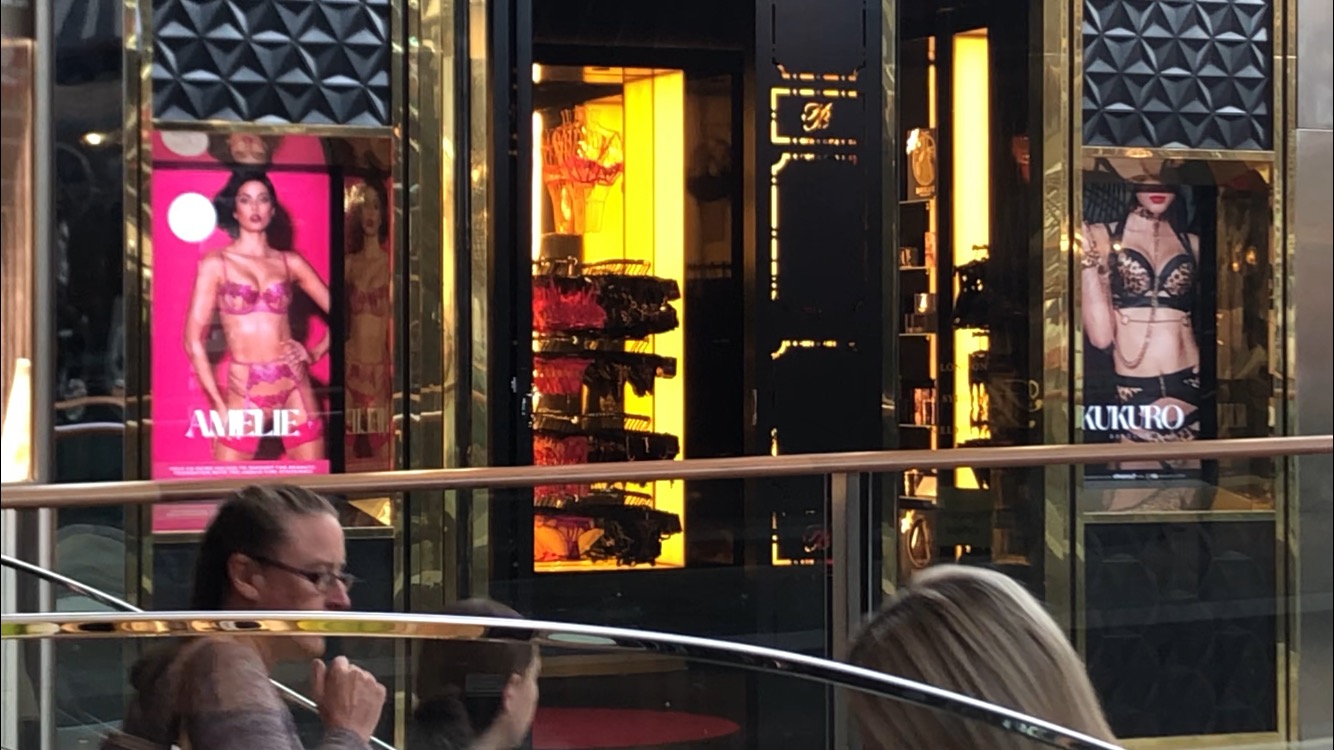 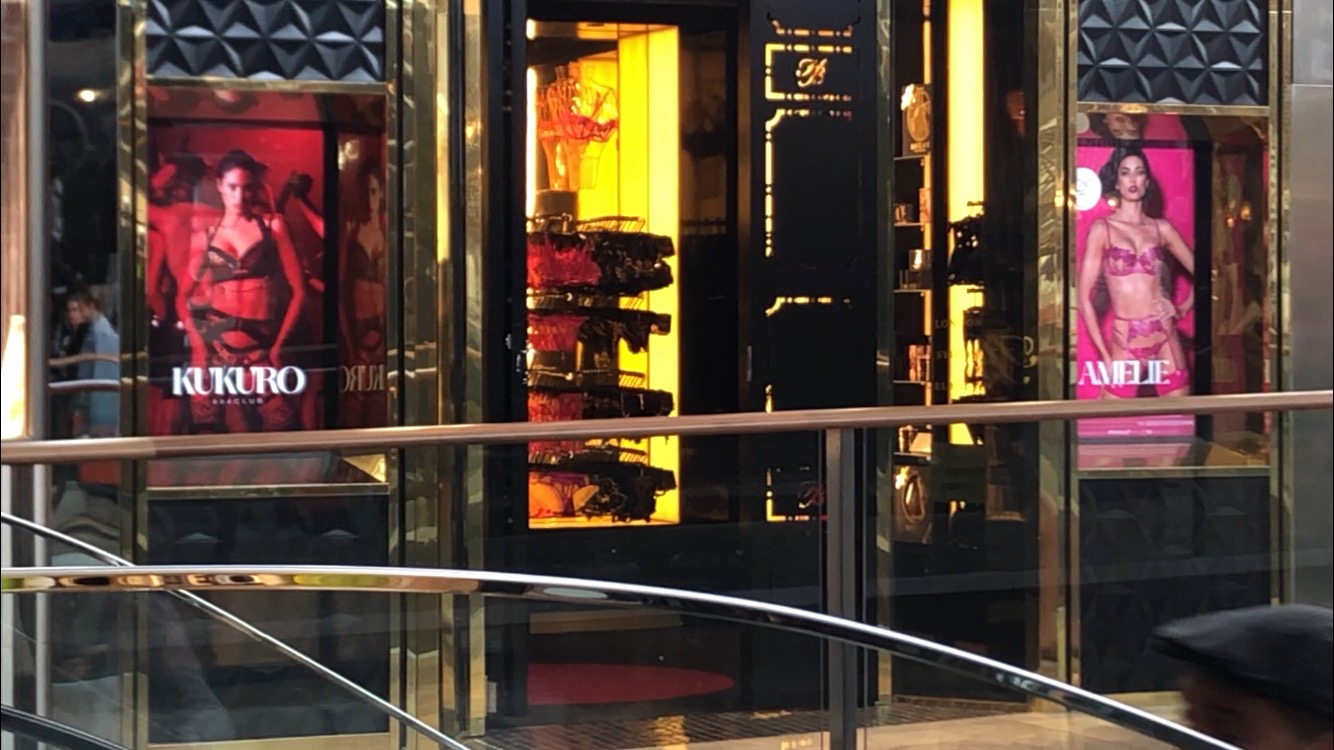 We find it difficult to understand how a charity dedicated to women’s health could connect itself so publicly with a company that, according to global research, is complicit in harming it.

We are disappointed to learn that McGrath has ignored the harm and accepted the donation from Honey Birdette. It is worth noting the 'donation' came from the purchase of stockings by customers.

Honey Birdette aimed to raise $30,000 through the sale of the pink stockings priced at $34.95. Marketing material said "every cent" from the stockings would go to the McGrath Foundation. Shop front window ads featuring McGrath's logo showed a bra, skimpy g-string and suspenders along with the stockings.

McGrath Foundation was given $30,000 from the stockings but how much did Honey Birdette make from up-selling to the complete set, which costs hundreds of dollars? 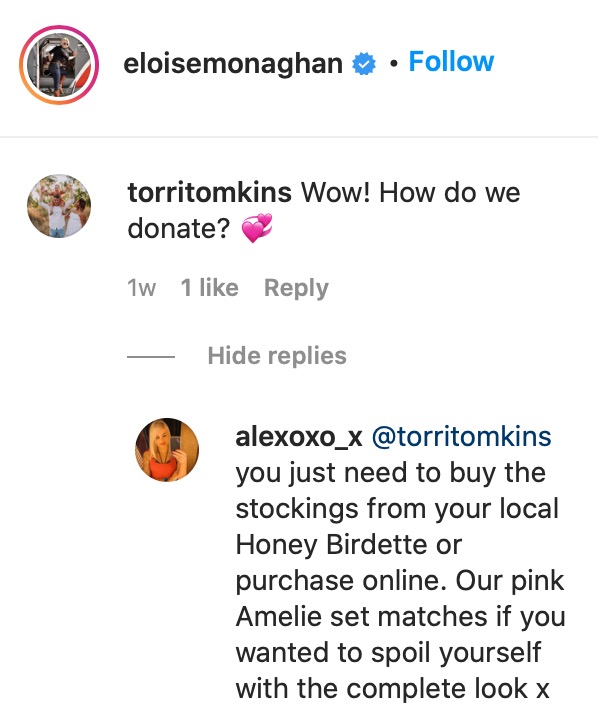 Pink washing: objectification is a threat to women's health

By accepting the donation and appearing to endorse Honey Birdette, a charity has inadvertently boosted the profits of a company repeatedly in breach of the advertising code of ethics.

As Melinda Tankard Reist wrote in a 2013 op-ed for the Sydney Morning Herald, breast cancer survivors take these pinkified sexed-up campaigns personally. They survived, but for many their breasts didn't. She wrote:

''Every woman I know who has been through the same thing has issues with how their breasts look and feel after surgery,'' says Rachel Lonergan, who, at age 39 was diagnosed with aggressive triple negative breast cancer.

''You get cut apart and chunks removed, burnt with radiotherapy, nerve damage and then all the time confronted by breast-cancer-charity-approved campaigns saying, 'Your worth as a woman is in having perfect, undamaged breasts,' is just so depressing. It affects … self-confidence, relationships. I just don't accept that there is a greater good being served by these kinds of campaigns.

Honey Birdette has not only shown a persistent disregard for the health and well-being of women and girls through its exploitative marketing, the company is also the subject of serious allegations of mistreatment by former employees.

Some former employees allege they were told to tolerate sexual harassment from male customers with one employee describing how she was told to "turn it into a sale."

Some of these allegations have been substantiated by WorkSafe following a petition and protest from former employees. 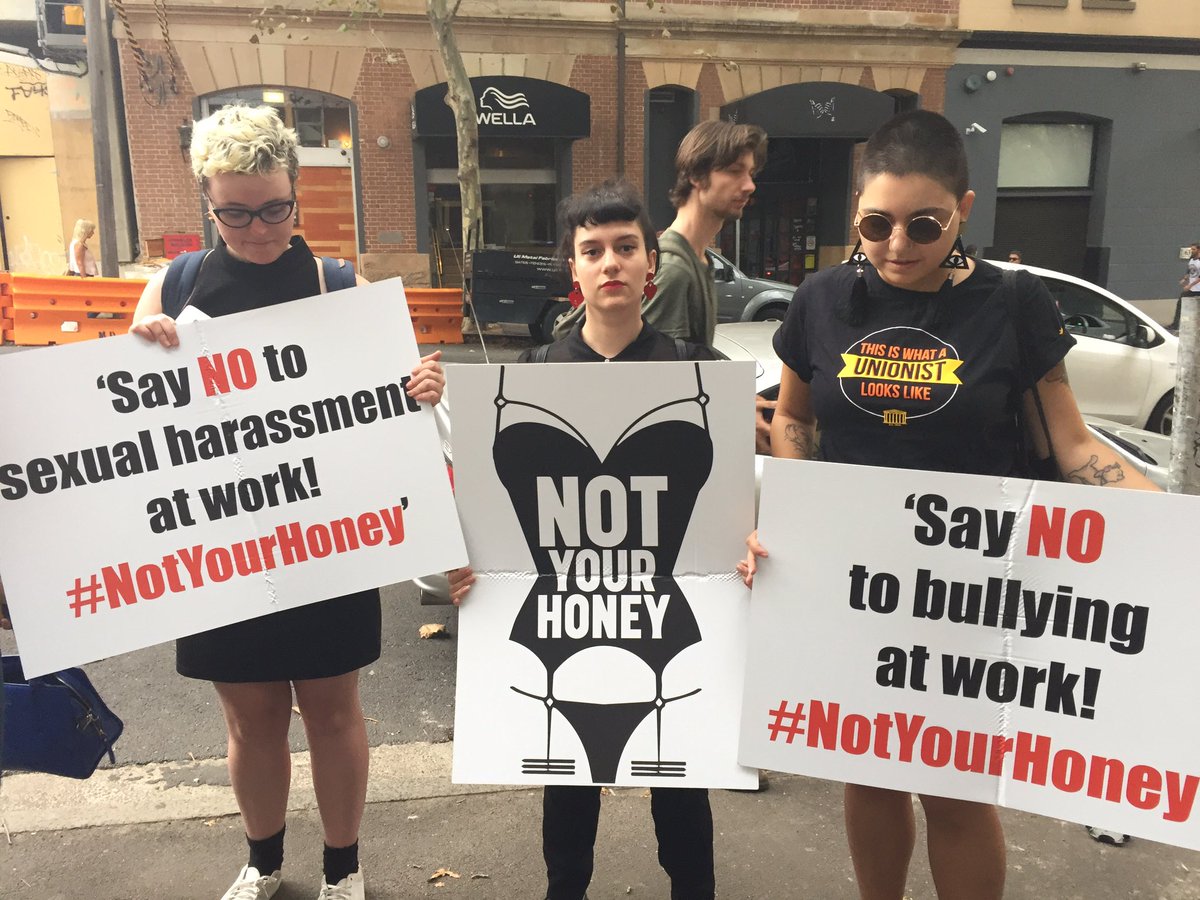 Reviews from women who said they were current and former employees published in Glassdoor.com and Indeed.com reveal a pattern of mistreatment by management that should ring alarm bells for anyone claiming to advocate for women's health.

"Going pink" for breast cancer and using the logo of a Breast Cancer charity for products, services or marketing activities that harm the health and well-being of women and girls is "pink washing."

The McGrath Foundation logo on Honey Birdette's shop front window gives Honey Birdette an imprimatur it does not deserve and hides the harm done.

Women and girls will need McGrath's support in the future. It doesn't make sense to overlook the damage Honey Birdette causes in the name of women's health.

Employee reviews at Glassdoor.com and Indeed.com