“They'd never be able to use those images in prime time to advertise, so why do I have to subject my young son to that imagery when all I wanted was to go get him some new shoes for preschool?”

For the month of July, the most highly reported offender was Honey Birdette, with eight separate complaints received. We had many parents reach out to us outlining how their children were confused and shocked by the new larger than life semi-nude posters that cover the store frontage. We have long reported on issues with Honey Birdette - including the sexploitation of their own staff. Their latest extremely racy and highly inappropriate advertisements at shopping centres throughout Australia have caused a huge stir and outrage among the general public

Here are some excerpts from three of these complaints that were received this past month:

Whilst walking through Myer centre recently with my young daughter and friend's young son, I again had to pass another inappropriate shop front ad displaying a virtually naked and highly sexualised female, at the ground level entrance to Honey Birdette.

My daughter remarked, "is that how girls dress? Why isn't she wearing anything?”, to which the boy responded, "that's how girls dress because they like boys looking at their boobs."

Well it's hardly surprising that a boy would have this sexist and degrading view of women and for a girl to feel confused and uncomfortable given the way women are represented by Honey Birdette. What is even more questionable however, is the fact that Myer Centre allows this type of cheap, sexist and sexually exploitative advertising at all, and in such a high traffic area. This is unacceptable and indicates Myer Centre's position on not only sexually exploiting women for advertising purposes, but also providing a family friendly- or at least neutral and comfortable- shopping space.

After sending a complaint to Adelaide Myer Centre management asking them to explain how the images displayed are appropriate for a family shopping precinct, Myer Centre management only responded by stating that they have passed the complaint onto the Retail Manager who will be addressing the issue with Honey Birdette’s head office. Result? Nothing yet!

An appalled mother shared that she was walking with her 4-year-old son and the Honey Birdette store at her local shopping centre is right at a junction where you basically face it as you approach an intersection.

“I have to go towards it and past it to get to the Kmart, essentially. Their current campaign is for white lacy teddies/negligees and in the full-size posters, there are nipples clearly visible. I feel like this is wholly inappropriate for a public shopping centre, they'd never be able to use those images in prime time to advertise, so why do I have to subject my young son to that imagery when all I wanted was to go get him some new shoes for preschool?”

Concerned fathers have also taken time out to contact Collective Shout about the complaints that they made against Honey Birdette. One of whom shared that while walking through Westfield Fountain Gate his 4-year-old daughter suddenly called out and pointed towards the brightly illuminated shop front window of Honey Birdette. His 6-year-old son then ran to stand beside her as they both ogled and shrieked in embarrassed and hilarity at the posters looming large above them.

“At first, I was sad that my kids were exposed to these images so young, but I think I’m just angry now that I have been forced to discuss some very adult themes with them way before their time and this company has complete disregard to what they force the public to see!”

To date, I’ve written into Westfield management and their response was that the store complied with their “approved design” and that I should contact HB directly. I’ve also lodged a complaint with ASB online, but am expecting them to say that companies have a right to advertise their wares or something to that effect.

It strikes me as odd that these images would never be allowed on commercial TV during kid-friendly hours, but are open to full public view 7 days a week during the day time!

Honey Birdette is a company that has continually and purposefully already ignored numerous complaints and rulings. They have subjected their own staff to sexual harassment and even tweeted in defiance of the ASB ruling "Nobody tells Honey B when to take down her signage". For this reason, I appeal to the respectable, decent and tasteful shopping centre company that you are, to spare innocent kids the poor portrayal of women and thinly veiled pornography at such an impressionable age. Please use your considerable coercive powers to get this disrespectful company to go beyond paying lip service to the Australian standards, and do good by the kids that have to look at these ads every day.

After sending this complaint to Westfield Fountain Gate Centre management, they responded by stating the following:

“In our approved store design, Westfield has worked with Honey Birdette to ensure any products or signage referring items of an adult nature are not visible to the general public or overtly referred to. We will pass this on to the store manager at Fountain Gate, however in the event that you wish to escalate any concerns you may have regarding Honey Birdette you will need to contact them directly on 1300 661 421 or via their website honeybirdette.com.au. Thanks again for providing your feedback. Kind regards, WFG.”

Have a look at what is on public display to the general public: 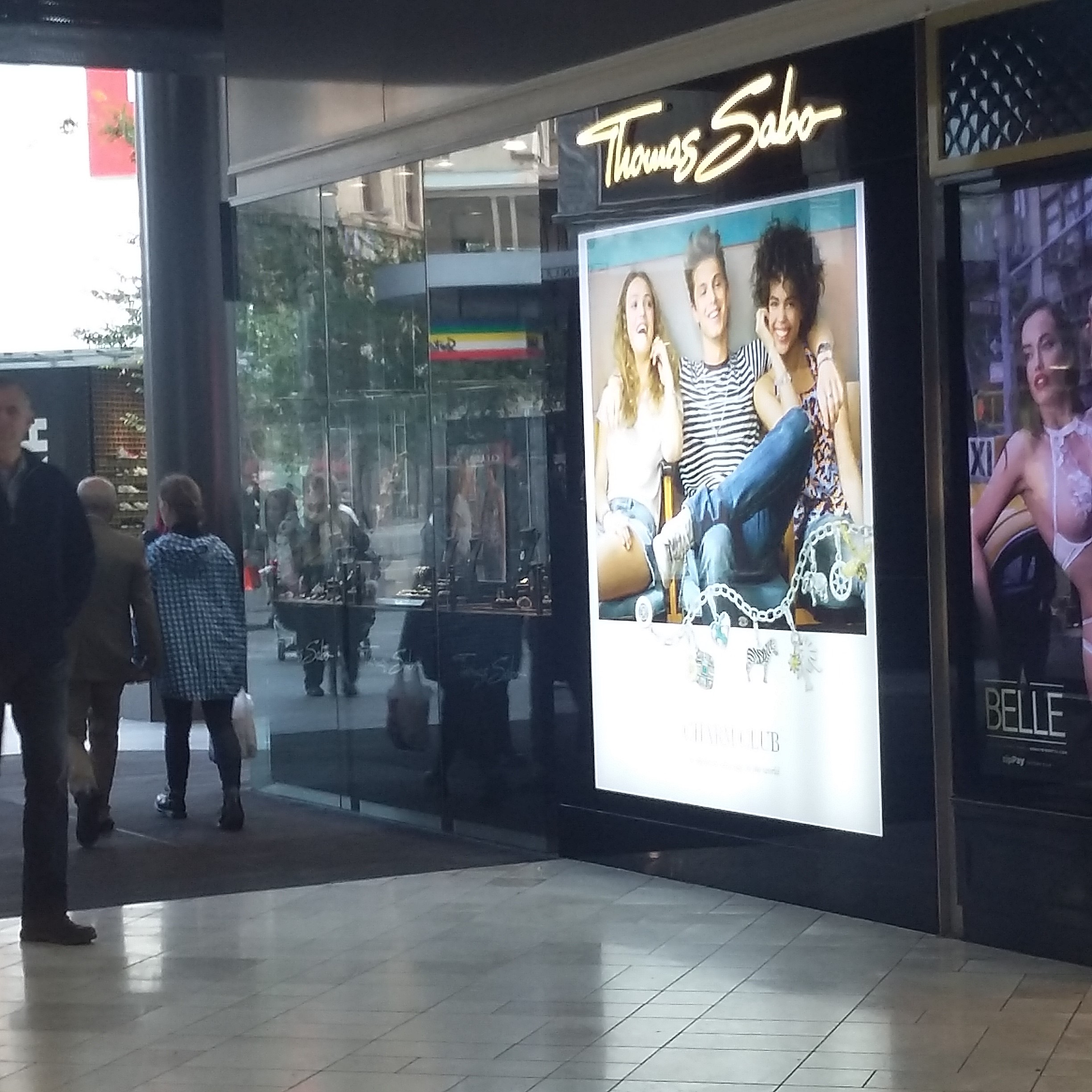 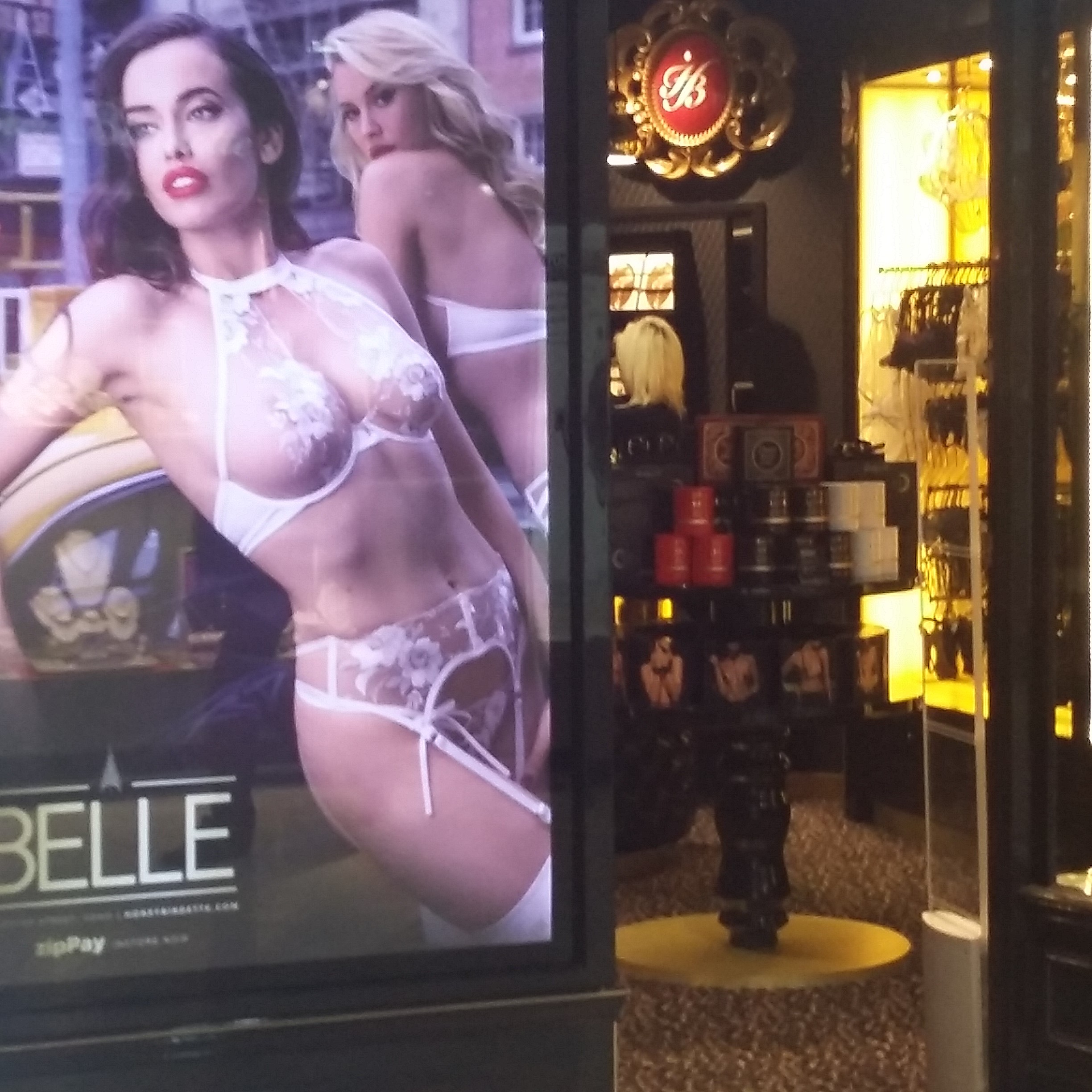 Collective Shout has and will continue to report and campaign against Honey Birdette, a serious corporate offender!

Join us at Collective Shout to put pressure on companies who fail to show social responsibility in their advertising!