Law firm's sexual innuendo fine according to the Advertising Standards Board

If you are looking for legal services in the Brisbane area you may want to give Logan Law a miss. Their sexist advertising has lead to complaints to the Advertising Standards Board, who have subsequently dismissed the complaints. (Probably because there is nothing in the code of ethics to address sexism)

One of their advertisements is a Faceboook post for legal services offered by Logan Law using innuendos relating to having a vehicle hit another vehicle from behind with hashtags such as "#steveo #hollyweed #loganlaw #smashedhardfrombehind #coppedoneinthebumper #beenrearendedlately #penetratingbrisbane #takenoneinthetailpipe".

The majority of Logan Law's advertising has extreme sexual connotations and this is not limited to their Facebook posts, this also includes billboards seen around Brisbane which are promoted in an incredibly unprofessional manner. I find their advertising highly inappropriate. 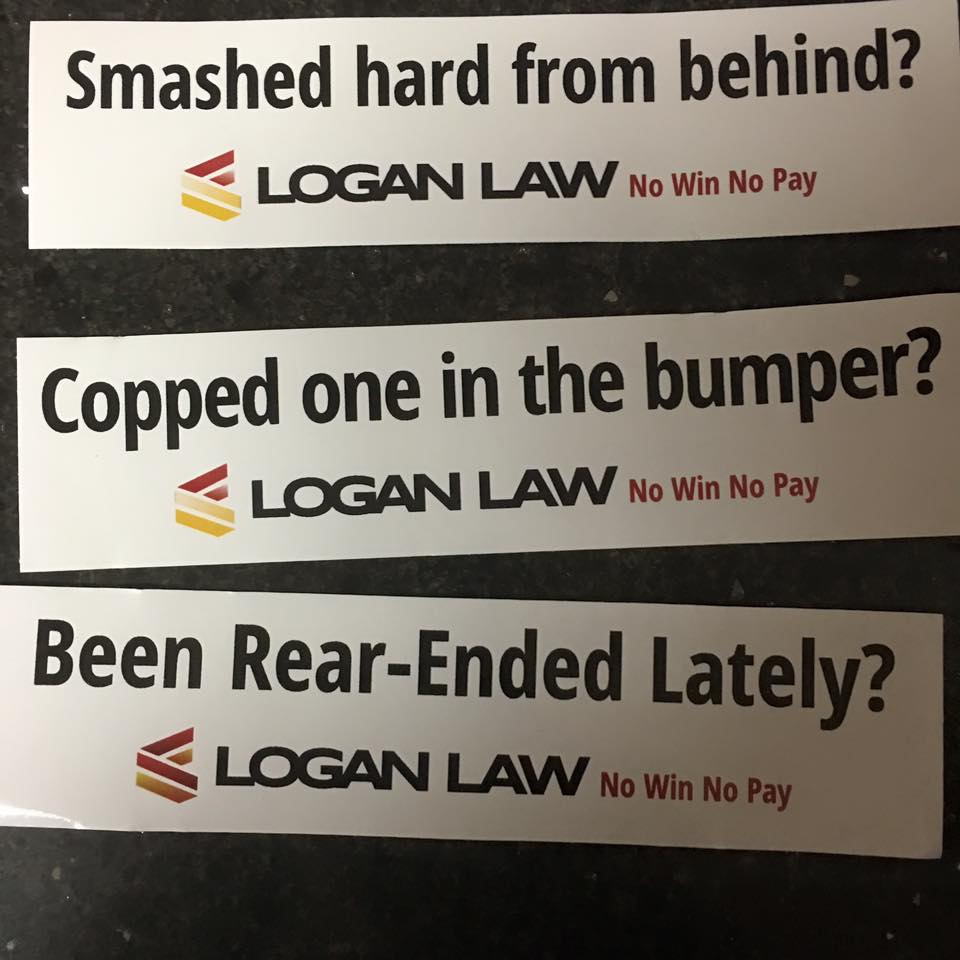 The Board noted the complainant’s concerns about the sexual references in the advertisement. The Board noted that above the image the text includes the following hashtags: “smashedhardfrombehind”, “beenrearendedlately”, “penetratingBrisbane” and “takenoneinthetailpipe”.

The Board noted the placement of the advertisement on Facebook. The Board noted that Facebook is targeted at people aged 13 and over and considered that the relevant audience of persons seeking a compensation lawyer are unlikely to be those aged in the 13-18 years age bracket and the level of innuendo is not so strongly sexualised as to be inappropriate even if children were to see the advertisement. 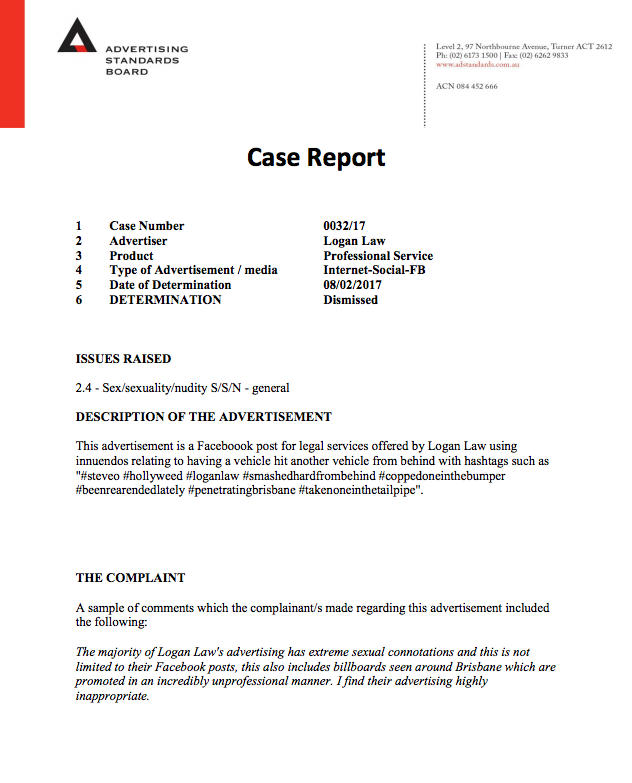