One father's run in with Honey Birdette signage - Part 2

These hyper-sexualised advertising posters more appropriate in the storefront of an R rated sex shop are in plain view of children within a family shopping centre. They are designed to be sexually stimulating, but my kids and I did not go to the shops to get sexually stimulated! 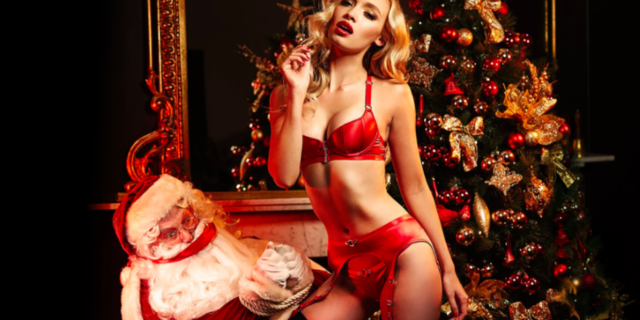 After my visit to Westfield that left my 4-year-old and 6-year-old children in shock at Honey Birdette’s larger than life sexualised posters, I politely wrote to Westfield Fountain Gate on their Facebook. They eventually asked for my phone number so that their Retail Manager could have a chat with me.

The Westfield Fountain Gate retail manager made great pains to tell me that there were many other more important things to be passionate about like junk food advertising to kids, rather than “showing a bit of boob”.

In the meantime, I found out that the place to make official complaints about advertising is to the Advertising Standards Bureau (ASB). By that time (a week later), I found it challenging to describe the offending poster, so I drove all the way back to Westfield Fountain Gate and took photos of the posters that my kids saw. However, you cannot upload pictures to the ASB, so had to find some descriptive words to describe what my kids saw. 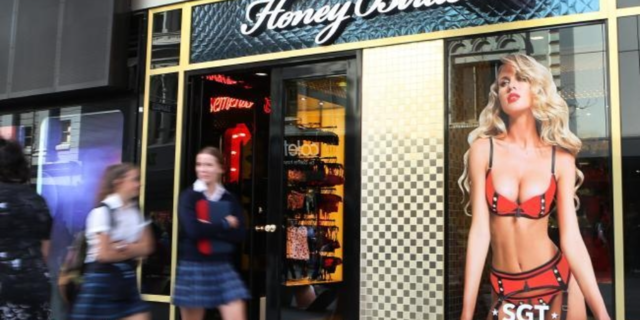 This is my report to the ASB:

“These hyper-sexualised advertising posters more appropriate in the storefront of an R rated sex shop are in plain view of children within a family shopping centre. My 4-year-old girl and 6-year-old boy were very confused when they saw these seductively dressed ladies and wondered why they were almost naked and showing off their private parts in public! The images are so large and prominently displayed that one cannot avoid seeing it while walking past. They are designed to be sexually stimulating no doubt to great effect on their business, but my kids and I did not go to the shops to get sexually stimulated! It is not an appropriate location where families are shopping.” 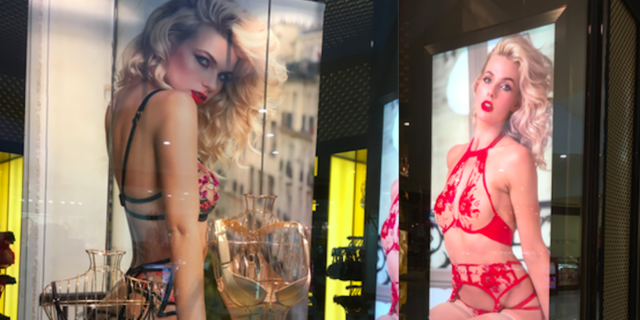 About 2 months later, I received a letter from the ASB saying that my complaint had been upheld! The weird thing was the ruling referred to white lacy lingerie when my complaint referred to black, but more about that later. Amidst the legalese and complex judgements of the ASB ruling, I had to laugh at the “advertiser's response” where Honey Birdette states quite matter of factly, “our stores are all about making women feel safe and sophisticated and are not overtly sexualised”(!)

Further to that, I felt that it would be courteous to express my concerns to Honey Birdette and the founder Eloise Monaghan herself before I continued to lobby Westfield. I was genuinely hoping to at least receive an acknowledgement that they would attempt to adhere to community advertising standards. Yet again, the only response I got was from their “Customer Obsessive Manager” who wrote: “Honey Birdette is all about empowering women, also embracing and desexualising the female body”. I really scratch my head to see how half dressed women posing seductively is empowering and benefiting the cause of women. 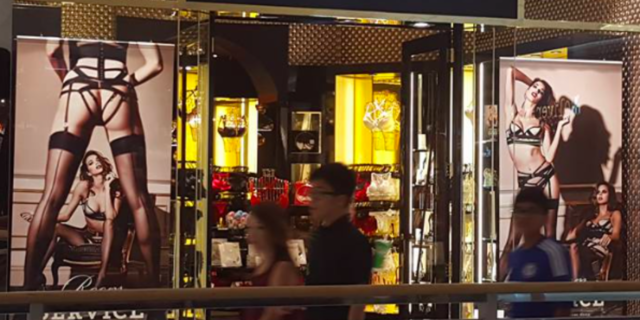 Not many people realise that it is currently NOT illegal to use sexualised or objectifying images in advertising. There are different bodies governing other media platforms like TV and radio, but general public advertising like in shopping centres is merely overseen by a voluntary and self-governing body set up by Australia advertisers (ASB). So, not only are the ASB under-resourced to monitor ads, they cannot issue fines or sanctions for non-compliance.

It is an extraordinary situation here in Australia where an advertiser could put up the most unacceptable images, and despite being complained about it could be a month or more before the ASB issues a ruling and the company responds. By that time the public has potentially had months of harm from exposure to the images! 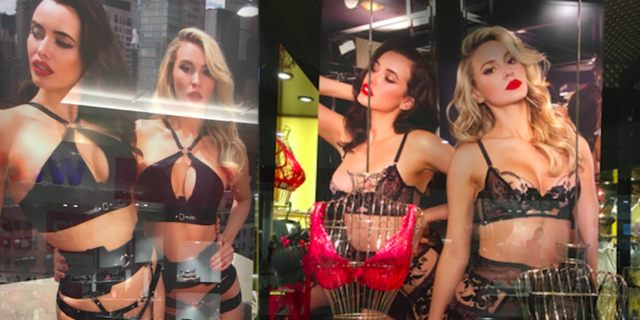 If Honey Birdette are effectively allowed to operate along this belligerent path of repeatedly offending and playing the public for fools, then I think the system needs to change, or we the people need to make our voices heard and say clearly that this form of using women is NOT empowering, it is hyper-sexualised and harmful to our communities.

That is why I have launched a petition with change.org calling on Westfield to hold their retailers to higher standards with shopfront signage. Please join me in saying we deserve better standards for advertising in our family-friendly shopping centres and sign the petition here.