Media release: Collective Shout, Good on You and STOP THE TRAFFIK Criticise Just Group for Letting Customers Down 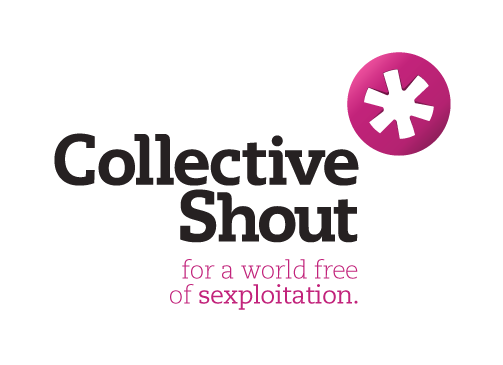 The Australian Fashion industry is under scrutiny this week for questionable supply chains, worker treatment and engaging in the objectification of women and girls for profit. Three national non-profits have joined forces to seek answers from Premier Investments about its fashion labels particularly Just Jeans and Jay Jays.

The NGOs are concerned that Premier Investments companies are laggards on labour rights and out of touch with the community on the portrayal of women.

Premier Investments has recently been honoured through the entry of its chairperson into the Global Retail Hall of Fame but Collective Shout, Good on You and STOP THE TRAFFIK have deeper concerns about the company’s failure to exercise corporate social responsibility.

Jay Jays is targeting its youth customer base with T-shirts portraying women women in highly sexualised ways. After significant social media protest, the company said it would cancel further orders. However it is refusing to pull existing tees from its racks.

“We know the damage that ongoing exposure to sexually objectifying media and material does to young people in relation to body image and in undermining healthy psychological and emotional development,” says Coralie Alison, National Director of Operations from Collective Shout: for a world free from sexploitation.

“At a time when we are finally acknowledging the links between sexualisation, objectification and violence against women Jay Jays has to make a stand and dump its pornified tees.”

Just Jeans is also under fire for unethical practices. Despite more than two years of campaigning from STOP THE TRAFFIK, Just Jeans continues to fail best practice in the areas of traceability, transparency of supply chains and a living wage for workers.

“Everyone who benefits from the fashion industry, from those who make money from it to those who enjoy clothes, has a responsibility to ensure that people are treated well in their supply chain,” says Carolyn Kitto from STOP THE TRAFFIK.

“Consumers have a right to expect ethical conduct from all brands in the market” said Gordon Renouf of ethical fashion app Good On You. We’re disappointed that the Just Group is not doing more to inform consumers about their labour rights record and how they minimise the harm caused to the environment as a result of their business operations."

Our organisations, representing thousands of supporters, will continue to drive the demand for ethical fashion.