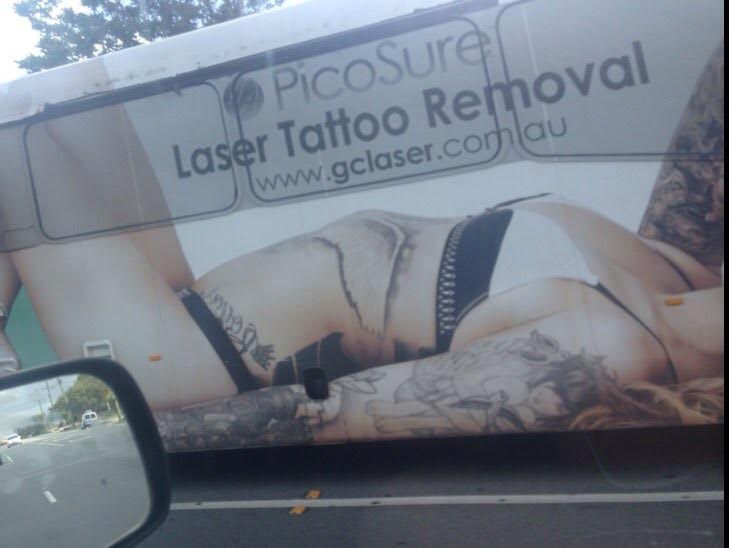 The above photo didn't capture the entire length of the bus. The full image used for the bus ad can be found here.

A complaint was recently submitted to the Advertising Standards Board (ASB) about an ad for tattoo removal on the side of a Gold Coast Bus. The complaint was promptly dismissed as the ASB had already received and dismissed complaints about the outdoor ads in 2015.

In its case report dated 26/08/2015 the ASB stated that it had considered whether the ad breached section 2.2 of the code -

Advertising or Marketing Communications shall treat sex, sexuality and nudity with sensitivity to the relevant audience

Advertising or marketing communications should not employ sexual appeal in a manner which is exploitative and degrading of any individual or group of people.

It is on this basis that the ASB had dismissed complaints about this and two other related ads. The ASB concluded in part:

“…the advertisement was not overtly sexualised or inappropriate for a broad audience which would include children.”

“…the image of a model in a bikini is not inconsistent with the attire worn by many residents and visitors to the Gold Coast area.”

Click here to read the full Case Report from the Advertising Standards Board.

Details of a recent complaint (February 2016) to the Ad Standards Board:

The advertisement is for tattoo removal which logically would involve images of tattoos (and perhaps evidence of their removal). Any number of images could have been used to communicate this, but the business chose a sexualised image that is so large it has the potential to distract from the product and service advertised rather than promote it. The image is stylised in such a way that it wouldn't be out of place within the pages of the now defunct Zoo Weekly.

This larger than life image - so large the woman's body was aligned with the bottom of the bus and her bent knees were cut off the top of the picture - was visible to my daughter in the car as we drove past and any child in the public space. What does this ad teach girls and boys about the value and role of women in our culture? 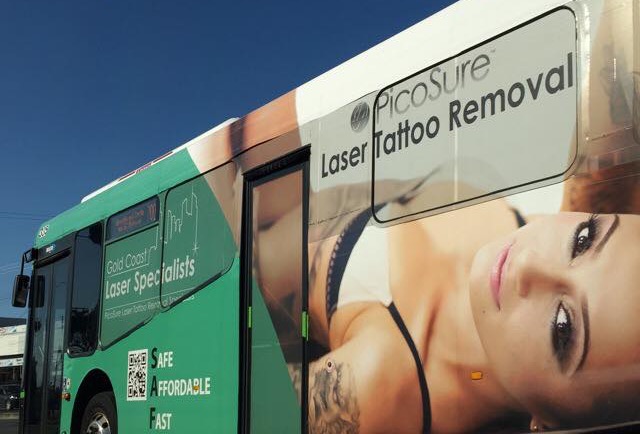 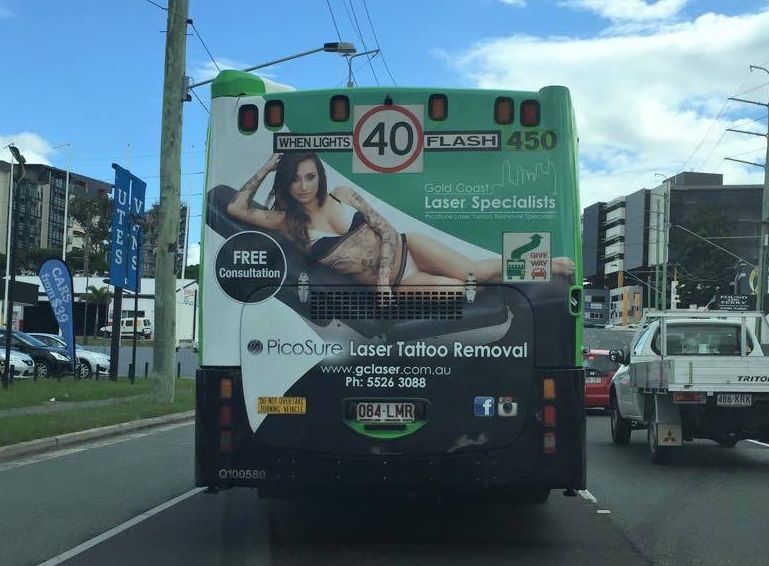 Have you seen an ad that employs sexualisation or sexual objectification of women and girls?