We have been campaigning against Wicked Campers for almost a decade. The company is known for its sexist and misogynist slogans and imagery, including content advocating violence against women. Since 2008, Ad Standards have upheld complaints against more than 80 vans. So far, Tasmania, ACT and Queensland have passed legislation to de-register the vans where they don’t comply with an Ad Standards ruling against them. A Bill is also awaiting debate in the S.A Parliament. 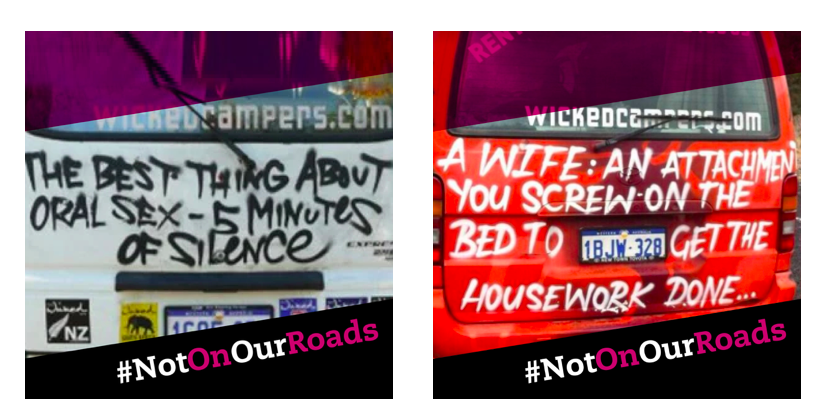 Wicked Campers sexually objectifies and demeans women by treating women as existing for men’s sexual use- and that this is a hilarious joke. Countless slogans describe what would reasonably be considered sexual harassment, or reference pornographic sexual acts for women to perform on men.

Some slogans advocate violence against women, including rape and murder. It’s still a joke though, as long as we accept men raping and killing women as humorous. 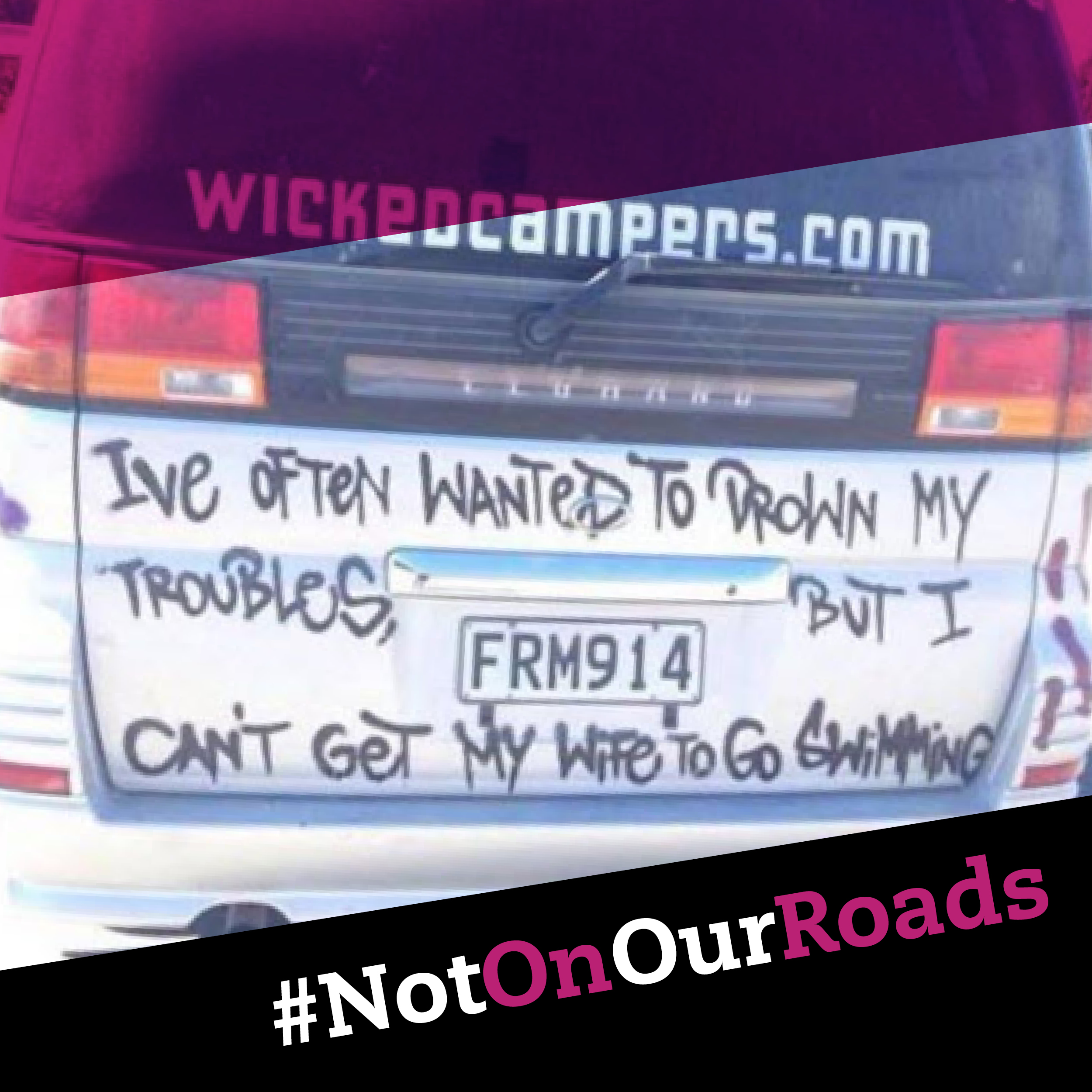 "Nothing says romance like choking on a ...." This is why we need legislation against Wicked Campers. 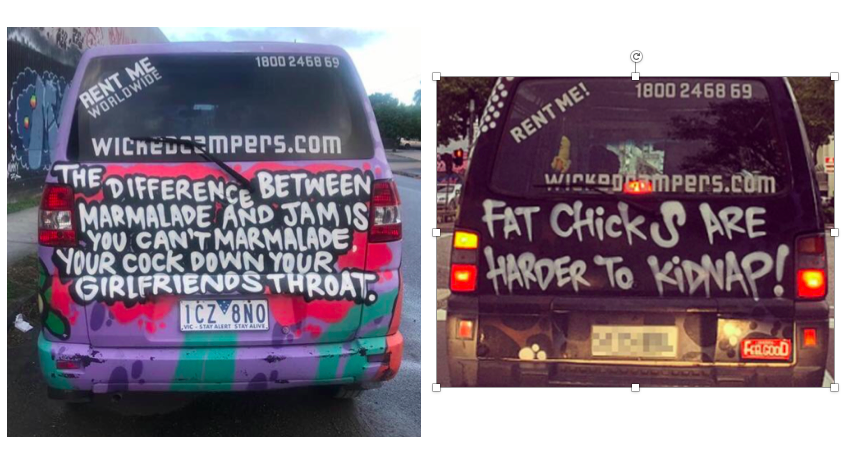 When journalist Lucy Clark wrote an article critical of the company, they sent this van down to where she lived: 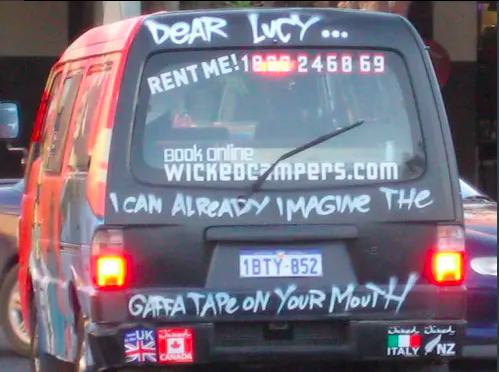 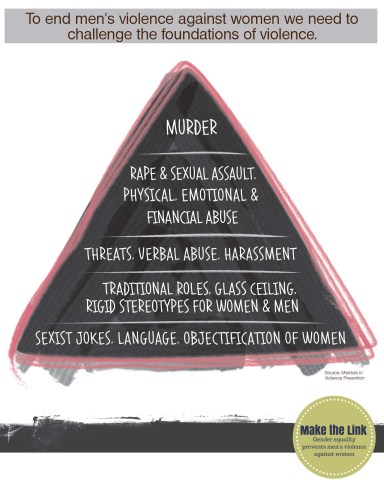 This is why we are now calling on music festivals around the country- Splendour in the grass, Rainbow Serpent, Woodford and Big Pineapple- to use their platforms and influence to send a powerful message to young Australians that violence against women is unacceptable, and to ban all Wicked Campers from entry. It’s not enough to just ban individual offensive slogans at the gate, it’s time to take a strong stance and say that women matter. Wollombi Music Festival has already taken the lead in banning Wicked Campers (see an interview with festival head Adrian Buckley here).