Most Australians wouldn’t consider the links between sexism, objectification of women and sex trafficking in sport, or even think about it at all.

In the U.S. there are huge spikes in sex trafficking at major sporting events, like the Super Bowl, where hundreds of under aged girls have been rescued and arrests of pimps made in the last decade. Sex trafficking happens in Australia right under our noses and the public are generally oblivious or in denial about it. Perhaps the reason for this is they are unaware or misunderstand what sex trafficking is.

The overwhelming majority of sex trafficking occurs within the state or country. Victims do not necessarily have to be trafficked across state or country borders. Trafficking implies moving people across continents, though most exploitation occurs close to home and many victims are now coming forward to tell their stories. Sex trafficking is the act of luring or coercing an adult or minor into commercial sex acts. The lure could be motivated by poverty or homelessness. Coercion can be subtle, overt or psychological, targeting disadvantaged women and young girls. The trafficker could even be a partner, parent or family member. These predators take advantage of vulnerable foster children and homeless youth on the streets. Traffickers often target their victims via online advertising promising “modelling work”.

This week Triple M radio in Sydney announced an “Adults Only” NRL Grand Final party with no cameras, phones or recording devices permitted. Triple M has a reputation as being sexist, excluding women as presenters and even music played is male centric. Australia is a sporting country, these events are supposed to foster a family friendly environment and sense of community. At the Triple M Adults Only celebration it can only be assumed that activities planned are not above board and involve sexual exploitation. 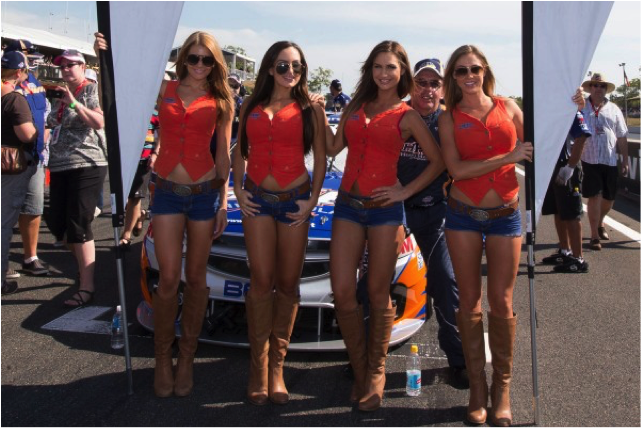 The Gold Coast V8 Supercars weekend is coming up in October. In recent years there have been numerous reports of exploitation where strippers and prostitutes have been photographed. The former QLD premier Anna Bligh spoke out about the sleazy atmosphere and exploitation of women. The most powerful woman in the state was only to be mocked, ridiculed and dismissed as it all being a bit of “harmless fun”.

The male dominated culture in Australian sports is generally sexist, where female athletes are excluded and women sidelined as sexualised props. Every year at the V8 Supercars women are objectified as track girls dressed in tight, skimpy clothing and the Miss V8 Supercar pageant is held where young women are made to parade in bikinis. In the VIP boxes bikini waitresses are hired to bring men food and drink. The Supercar culture is demeaning to women and fosters an environment where they are valued primarily for their sexuality and appearance. 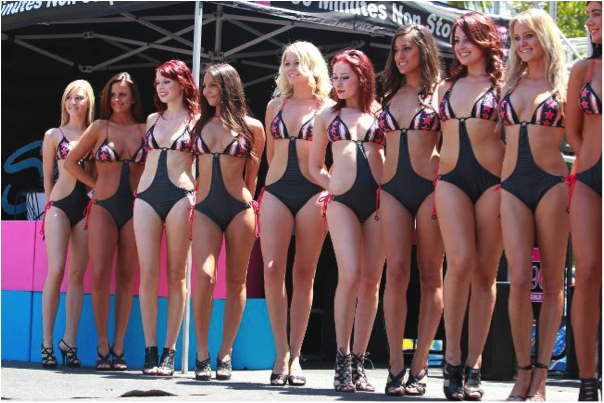 There have been reports of rapes and harassment of women at the Gold Coast Supercars in the last few years. Female workers and fans at the event have made complaints that mobs of drunken men yelled “show us ya tits” to passing women and held up score cards judging their appearance. Strippers and prostitutes were photographed entertaining private parties. Men have sex with the women on balconies in full view of crowds, including children. Sex acts were filmed and sold as pornography online. 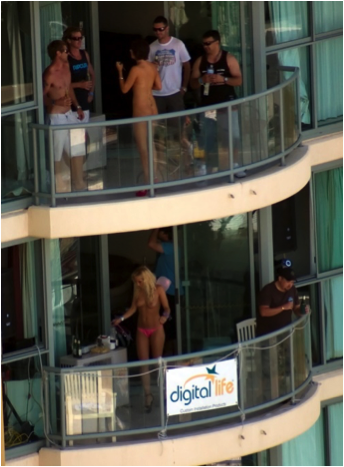 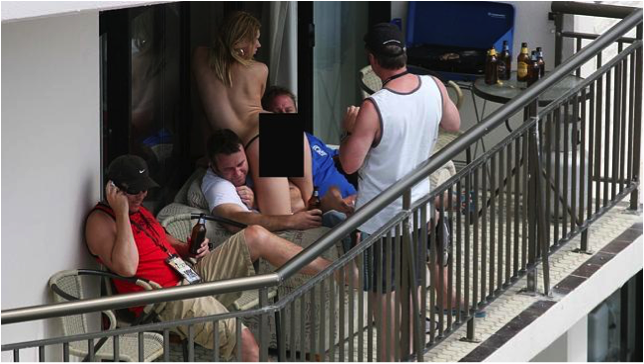 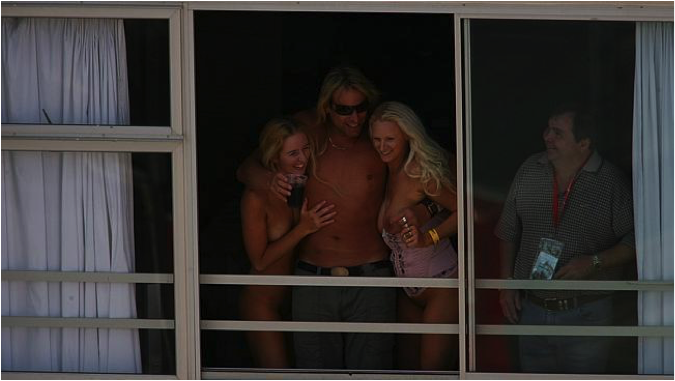 Photos from recent years at the Gold Coast V8 Supercars

Australia currently has an epidemic of violence against women where two women per week are murdered by men. This culture starts with sexism and the objectification of women. To curb these statistics some drastic changes are needed. Women at sporting events like the NRL and V8 Supercars in Australia are made to feel unwelcome. They are excluded as valuable members of the sporting community and relegated to second class status as sexualised props to titillate male sports fans. It is not harmless fun when women are being harassed, raped and sexually exploited. This sporting culture only promotes and normalises sexual exploitation and harassment of women. The tolerance of sexism and objectification perpetuates and instils a sense of sexual entitlement in men, which is the root of rape culture. Major sporting codes condone such treatment of women which impacts the wider community where women are being violated, raped and murdered. It is not harmless fun and it needs to change.

Sex trafficking is not just something that happens in other countries. It happens to vulnerable, impoverished women and girls in our own communities. Women and girls deserve better opportunities and better choices than this. Women have the right to be included as equal members of the sporting community, valued equally for their abilities, talent and not to be sidelined as sexualised props. Everyone in the community should feel safe and comfortable to enjoy themselves in a family friendly atmosphere, free of harassment. At many of these sports events, it is a hostile environment for women that alienates them from wanting to participate. If you witness suspicious activity of women being sexually exploited at sporting events, make sure you report it.