A supporter alerted us to this billboard via our Facebook page in November 2010. The billboard was located at Logan Village, Queensland. 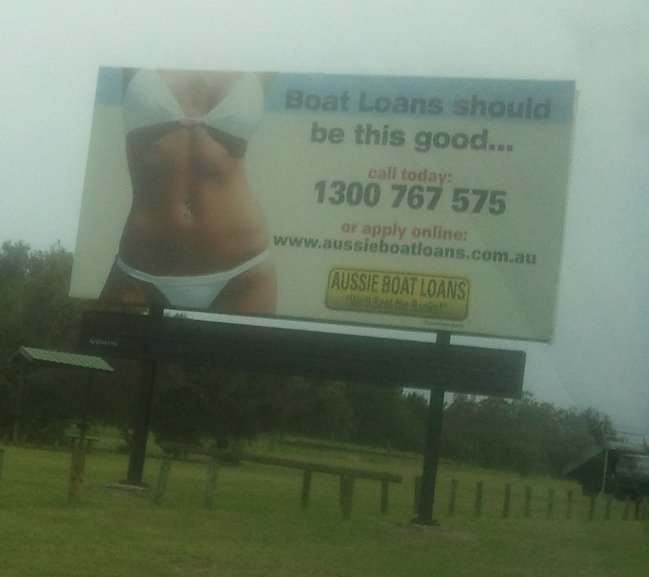 The Ad Standards Board upheld complaints against Aussie Boat Loans 19/01/11:

The Board noted there is no relationship in this advertisement between a woman in a bikini and the product or service being advertised.

Aussie Boat Loans response to this decision was to announce that the ad would be "brought down at the end of summer" which is presumably when they intended to pull the ad campaign anyway. Supporters challenged the ASB on how Aussie Billboards could get away with continuing to run an ad that breached ad standards.

Following further discussions between the ASB and Aussie Boat Loans, the ad was taken down on 21 February - 3 months after initial complaints, a full month after the ASB upheld those complaints and only 1 week before the "end of summer."

Aussie Boat Loans was able to run its sexist ad campaign for three months without penalty.