Honey Birdette has doubled down on objectifying women with captions like "Leave Santa a treat," "Unwrap me," and "Take a ride." This window display was seen at Westfield Doncaster by a supporter who sent us this photo. 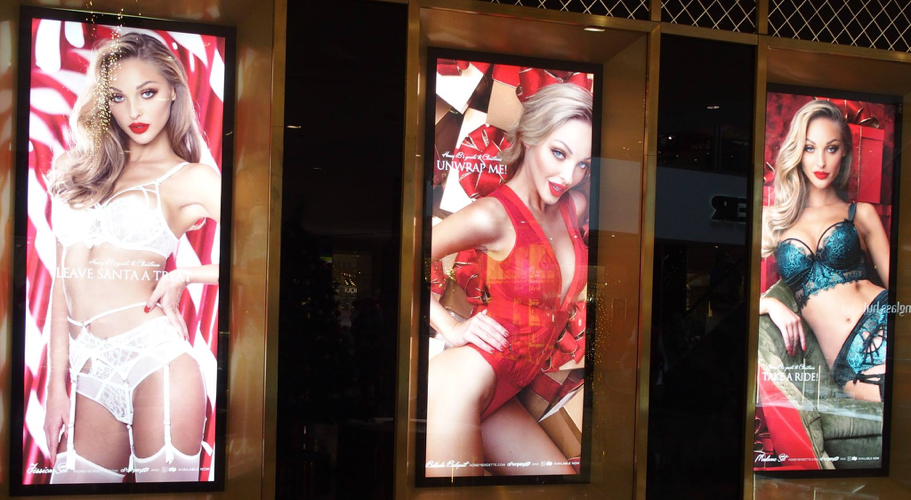 Honey Birdette boss Eloise Monaghan repeatedly claims -in media and responses to Ad Standards - that Honey Birdette is  "empowering" women. If that's her aim, she's failed miserably. These ads don't convey empowerment, they convey subservience to someone else - men.

One woman is shown with the caption "Give Santa a treat" (she is the 'treat') and who is the treat for? Men.

Another image positions the woman as a gift to be given and unwrapped. Given to who? Men.

The third image is an invitation to 'take a ride' which is generally understood to be a euphemism for sex. Who is being invited? Men.

Empowerment? No. Handmaiden to the patriarchy? Yes.