"We are really sorry if anyone has been offended"

A toothbrush subscription company has apologised after attracting heavy criticism for a “foul” marketing campaign aimed at first-year students arriving at universities across the UK.

Brushbox admitted that the inclusion of a beer mat with a suggestive image of a woman’s mouth drooling a white substance resembling semen, with the phrase “spit or swallow” on the reverse, was an error of judgment. 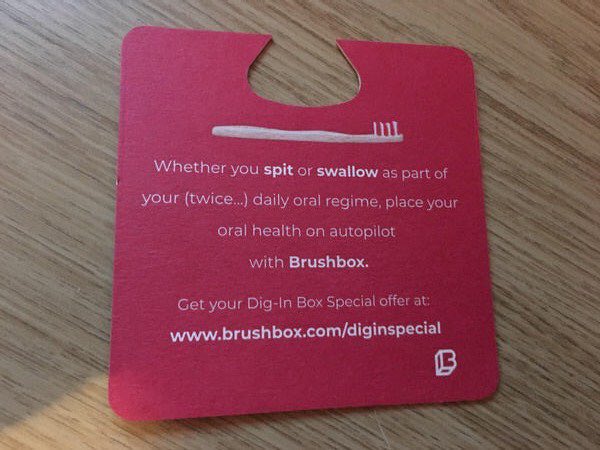 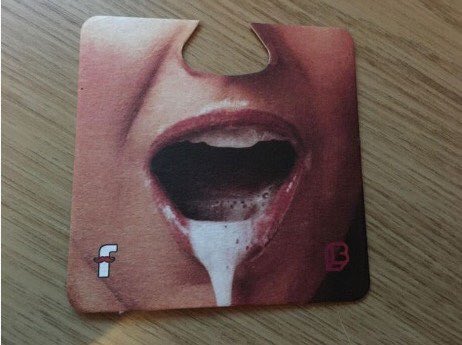 The beer mats were included in promotional boxes distributed to first year undergraduates by a company named Dig-In, which said the material was included in boxes sent to around 45,000 students on campuses.

“We are really sorry if anyone has been offended by the promotional image used in the Dig-In boxes. We now realise it was inappropriate and misguided of us to use this type of image as a way to raise awareness of dental health issues,” Brushbox said.

Brushbox initially tried to defend the image as a “tongue in cheek” attempt to raise awareness about dental health, saying the image was “intended to raise eyebrows”, before issuing a more forthright apology.

Read more at The Guardian

Notice how the company apologised "if anyone has been offended" as though the problem is the feelings of those making complaints and not the fact that they have distributed pornographic and degrading imagery targeting women to promote toothbrushes?

This is not just misguided and inappropriate, it was deliberate and misogynistic. This is not an apology and we should not accept it as such. The problem isn't that women have "feelings" of offence. The problem is that Brushbox has decision makers who thought making women the butt of a pornographic joke would be a great way to make some cash.

We've seen these faux apologies before. Here are some examples:

"We apologise to anyone who was offended." - Mcdonalds sorry that customers had feelings about highly sexualised content in stores.

"We sincerely apologise for any offence caused." - Woolworths apologised when customers had bad feelings about its partnership with Lynx to promote a competition to the "Lynx Lodge" - a sexist Playboy mansion style retreat.

"We understand the associated imagery and language in the campaign may have confused some viewers as to the intent of this prize. On behalf of Isuzu UTE Australia, we sincerely apologise." - Isuzu Ute apologised for complainants confusion. Isuzu didn't apologise for advertising its vehicle in a red light district, pictured alongside young men, all signs and symbols that clearly pointed to sex tourism. It apologised for our confusion.

What was Brushbox thinking?

Perhaps the company thought it was being "edgy" and original. It certainly wouldn't be the first company to make that claim, ironically making their strategy neither edgy or original. Sexually objectifying women to the extent that you're depicting them with substances designed to look like semen on their bodies is nothing new. There's an entire catalogue of images just like that at Sociological Images.

In fact - why not join us now? We need you! Sign up to Collective Shout today