“I am a little girl and I am not a slut”: Anti Wicked Camper campaign takes off

Wicked Campers are known for their campervans emblazoned with sexist and demeaning slogans.We’ve written about them before.

One of our supporters, blogger and activist Paula Orbea, decided she had had enough after her young daughter was exposed to a certain van while out with her grandparents.

She wrote on her blog: 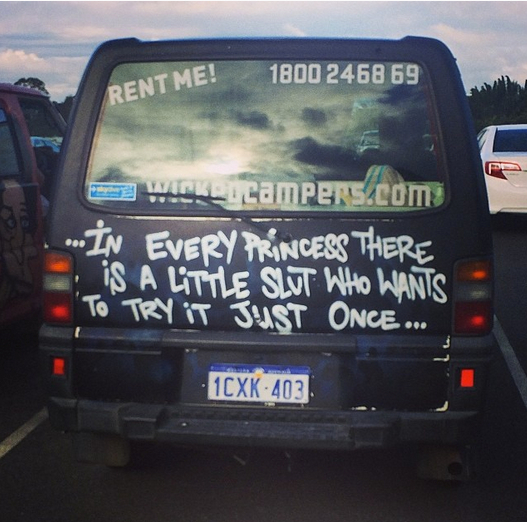 “A few days ago, I went to pick up my 11 and 7 year old daughters from a holiday stint with my parents. As we greeted each other with hugs, my 11 year old did not hesitate in telling me, with great concern, that she saw something terrible when she was in the car with my dad – a van that said all girls were sluts who want to try it just once.

“So it’s official – something I personally called out has encroached and touched my family directly.”

Paula and her daughter contacted the Advertising Standards Bureau where her young daughter made an official complaint. She wrote, “I am a little girl and I am not a slut.” 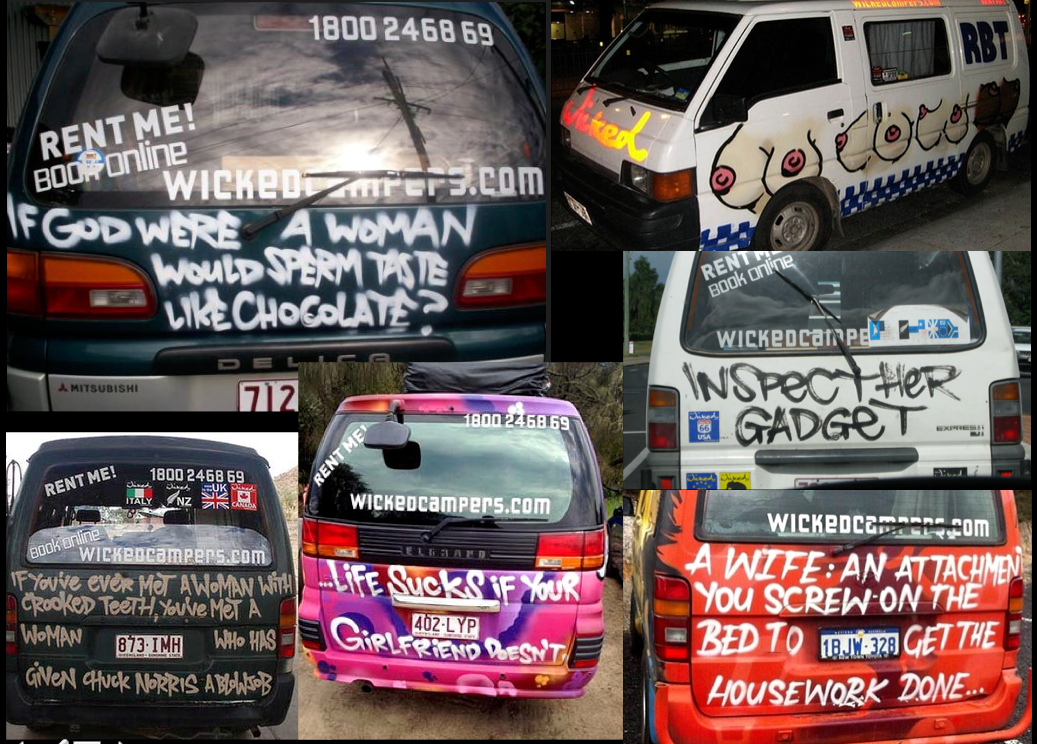 We have raised this issue before, in submissions to inquiries for advertising and outdoor advertising, calling for a complete overhaul of the current system. We have called for regulation by an independent body rather than the industry itself, as well as pre-vetting of advertisements and substantial penalties for those who continually breach standards and codes, like Wicked Campers.

Paula decided it was time to take action, so she created a petition on change.org calling on Wicked Campers to remove misogynistic and degrading slogans and imagery. Her call to action resonated with many people, with thousands signing the petition and condemning Wicked Campers for their sexist and hateful slogans. Sign Paula’s petition here.

In just two days, Paula’s campaign has sparked national media coverage. Wicked Campers has removed the option to post on their Facebook wall after being inundated with complaints from people now empowered to speak out. This is a great lesson to Wicked Campers and other media and advertisers, that demeaning women to promote products is no longer acceptable and will hurt their business. As such, Paula’s campaign is already a success, and we are thrilled to see people like Paula speaking out.

As author and activist Margaret Mead once said, “Never doubt that a small group of thoughtful, committed, citizens can change the world. Indeed, it is the only thing that ever has.”