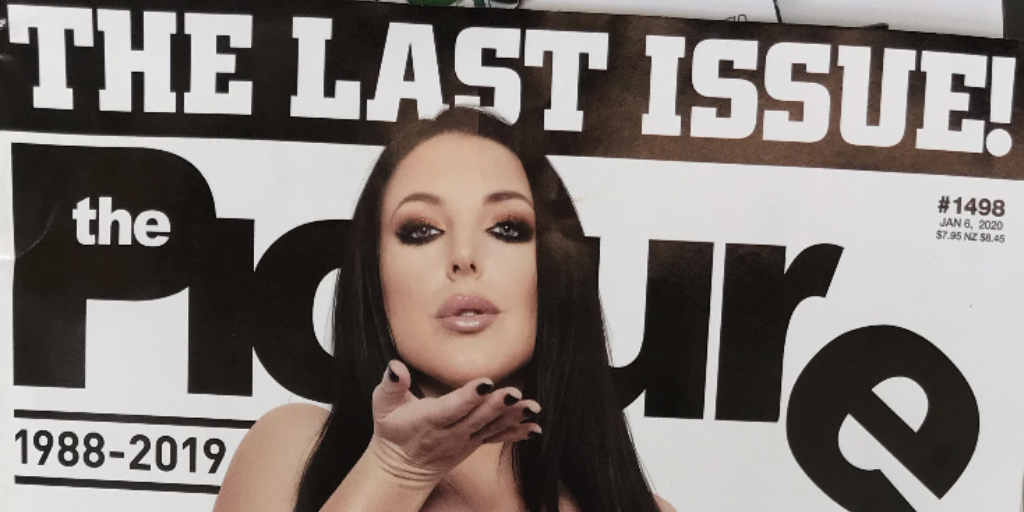 But I couldn’t say anything until the official Bauer announcement October 23 (naturally staff needed to be advised and other processes take place). Here’s how we reported the big news:

Bauer Media Group has announced that People and Picture magazines will be axed for good. Since then, we've heard from thousands of supporters celebrating this significant win for women and girls. Our campaign and this outcome has attracted significant media interest. 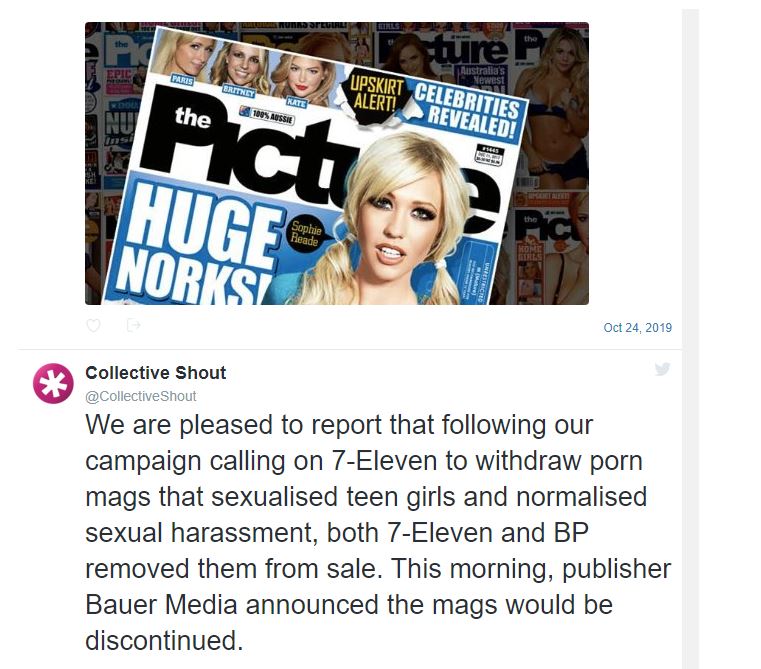 The display and sale of pornographic magazines in the public space creates a hostile environment for women and girls. Decades of empirical research shows this. A meta-analysis of 109 publications containing 135 studies found:

Here’s what I said in our press release of October 23:

“Bauer has recognised that society has moved on. These sexist titles cannot co-exist in a society that claims to care about sexual harassment and other forms of mistreatment of women,” Ms Tankard Reist said.

"The sexist behavior of the St Kevin’s students just this week is a reflection of boys’ conditioning by a pornified culture. They learn early that women exist for their gratification. We can’t change behavior without addressing the cultural normalising of it. A sexist culture grooms sexist boys.

All the women and girls we represent thank Bauer Media for demonstrating corporate social responsibility. May other companies follow their lead.”

People has gone. Picture is on the shelves with its final issue. While some fathers and grandfathers have lamented that their grandchildren and sons will miss out, (yes we still have a long way to go), we are celebrating.

And we want to thank you, our loyal supporters, who make such victories possible.

Here’s to another great year!