One complaint led to the collapse of a company’s whole Australian social media account!

Posted by Tara Kortel 479sc on

We exposed Shade Sunscreen for using sexually objectifying women to advertise their products. Shade Sunscreen’s social media was dominated by sexualised images of women’s bodies and body parts. Following a single complaint, all of their Australian social media sites were suddenly taken down.

Shade Sunscreen depicts women faceless and headless, undermining the humanity of the person.  Drawing attention away from the fact she is an individual person with unique qualities and personalities, she becomes a mere interchangeable object. 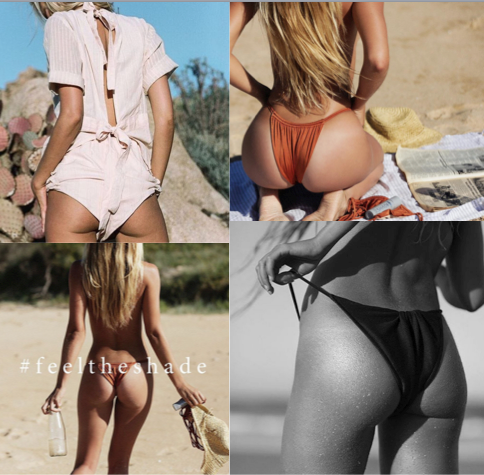 Research indicates that sexual objectification has a range of negative outcomes, impacting on the physical and mental health of women and girls, harming the status of women.

Not only does this dehumanising treatment create an assumption of sexual availability resulting in gendered sexual violence towards women and girls. Objectification also leads to the illusion that women and girls must conform to these standards in order to be accepted by society.

Self-objectification is the processes in which women and girls monitor their behaviour and appearance to feel accepted by an outsider’s approval of their physical self.

The public was not impressed, with many turning to Twitter to express their feelings on Shade Sunscreen’s depiction of women. 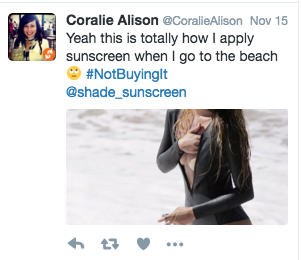 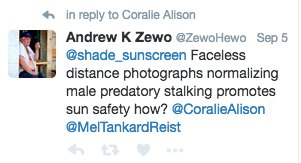 When the brand failed to respond, a complaint was then made to the Advertising Standards Board citing unnecessary nudity and dehumanising images of women, Not only was the board prepared to consider the complaint under Section 2 of the AANA Code of Ethics, but Shade Sunscreen shut down all of their Australian social media accounts in response to the complaint.

This victory demonstrates the power of speaking up. Your voice matters and as a collective we can end sexploitation of women.

If you have seen an ad that objectifies women, Join the movement and lodge a complaint here.