Ad Standards Board rules on "Fresh One" coffee ads

A few months ago, we were alerted to Perth based coffee bean distributor Fresh One, a brand that was posting pornographic advertising on their Facebook page to promote coffee beans.

We shared this information with supporters and encouraged them to make a formal complaint to the Advertising Standards Bureau (ASB) which is in place for the very purpose of reviewing advertising that may have breached codes and standards.

Months later, and with Fresh One’s pornographic advertising still in place for this entire period, the ASB have made their rulings with some complaints being upheld and others dismissed.

Click here to read the case report for Fresh One ads banned by the ASB. 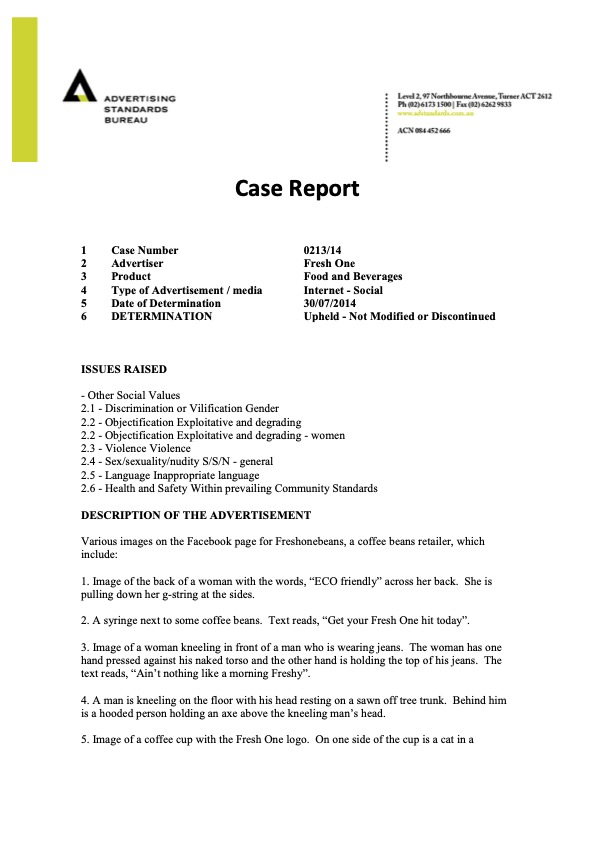 Complaints dismissed - sexual objectification given green light by the ASB

While the Ad Standards Board did uphold some complaints against Fresh One coffee advertising, the dismissed ads show the lengths the ASB will go to let companies off the hook for sexual objectification.

We have highlighted some of the statements used by the Ad Standards Board in relation to various ads below. You can read the full responses in the ASB’s case report. 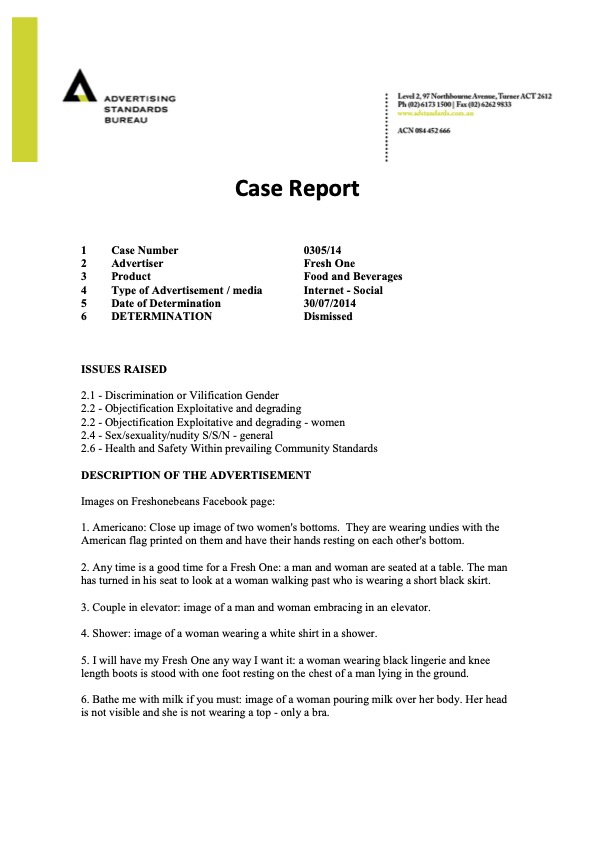 Again, these are all advertisements for coffee. 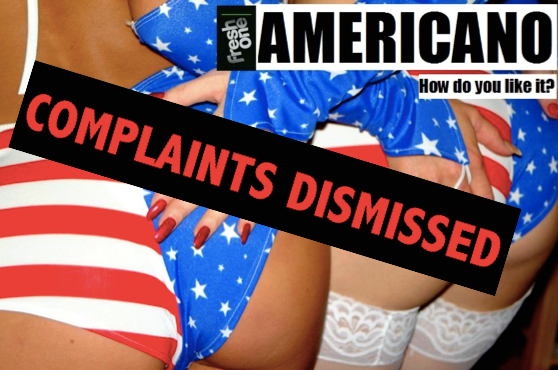 “Although the image was exploitative in its focus on the women’s bottoms and the reference to Americano flavour coffee, it did not amount to a depiction that was using sexual appeal in a manner that was degrading. In the Board’s view the double entendre reference to having a hot coffee or two (with the analogy being to have two women) was not in this context degrading because of the clear reference to a style of coffee.” 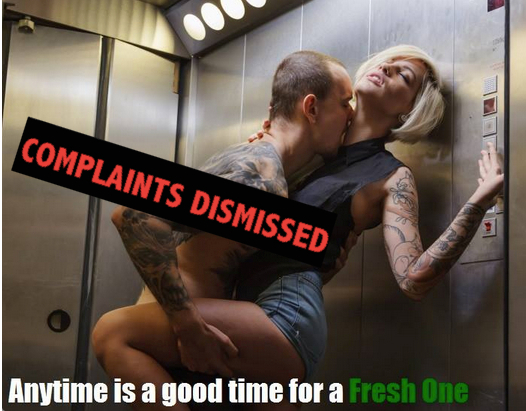 “The level of sexual suggestion is not inappropriate in the context of a Facebook advertisement for a product that is of appeal to adults rather than children.”

"...the image of a couple kissing was not inappropriate for a younger audience..." 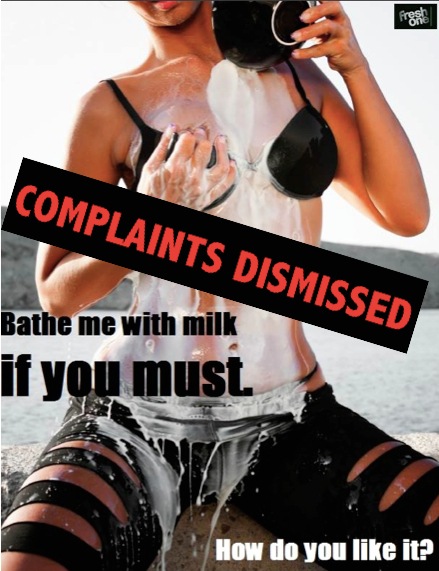 “The Board noted that the woman is voluntarily pouring the milk over herself."

"...the image is not exploitative or degrading, with references to ‘bathing in milk’ often associated with luxury (Cleopatra for example) rather than any demeaning activity.” 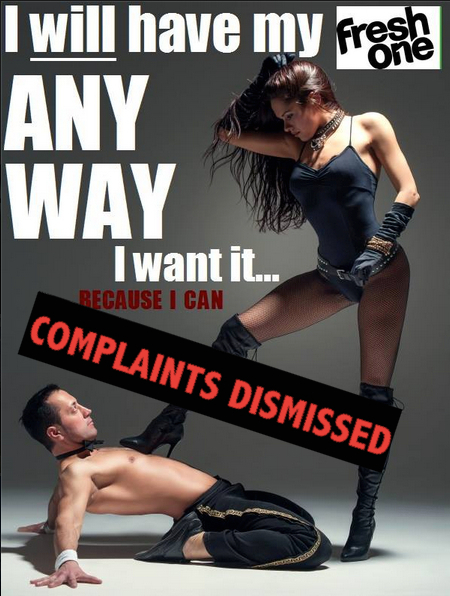 “The woman is presented as the dominant party and that this is a send up of the power imbalance in society giving the woman the power role.”

"The Board noted that the outfits and the pose clearly amount to a depiction that is moderately sexualised..."

"...the sexual innuendo would not be clear to a younger audience..." 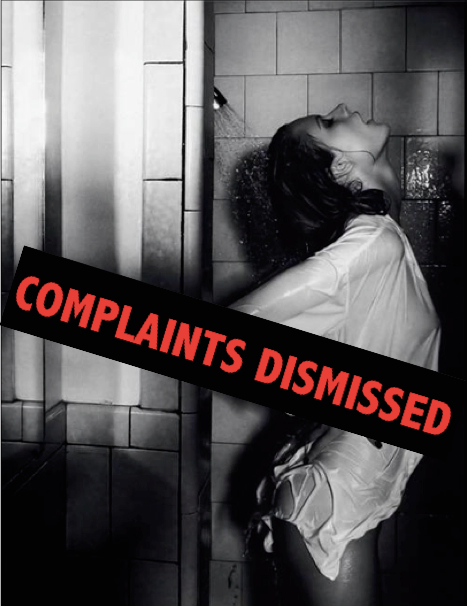 “The Board noted that the text [Grind me, bathe me in hot steamy water and moisten me with cream if you must] is probably intended to be a reference to sexual activity, however the overall impression is still strongly about activity with coffee…the sexual innuendo would not be clear to a younger audience.”

Conclusion and where to from here...

Making complaints to the Ad Standards Board is a frustrating process. Many people have taken valuable time out of their day to make a complaint only to be told for example, that a close up image of women's bottoms is a 'clear reference to a style of coffee' and that a comparison between having coffee and 'having women' makes the ad less degrading.

It is these kinds of responses from the Ad Standards Board that deter people from going through that process again. But this is also the very reason we need to keep speaking out.

By speaking out in this way you are adding your voice to a broader movement against sexploitation. Keep it up, you are making a difference.

Here's the link for the Ad Standards Board: http://www.adstandards.com.au/