Honey Birdette lived up to their reputation for sexually exploiting women this Christmas. Highly sexualised images of women were accompanied by demeaning slogans and sleazy double entendres such as “Fill my stocking”, “Hurry down my chimney”, “Take a Ride”, ”Unwrap me” and more. These sexualised images partnered with degrading slogans position women as existing for men’s sexual use. 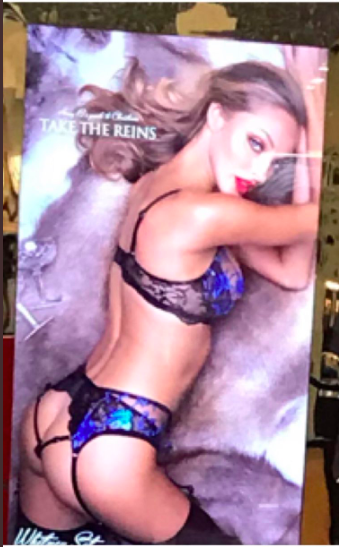 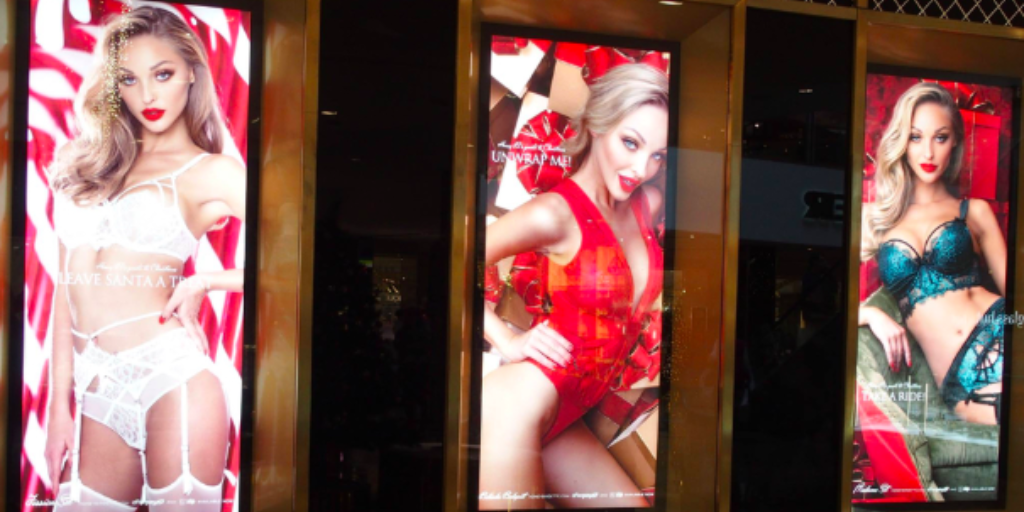 Honey Birdette claimed to be "astounded" that complaints against 'Take a ride' were upheld:

"Our very commercial photography does not objectify our model in any way, shape or form. The tag line ‘Take a Ride’ is a nod to the classic Christmas carols that reference taking a ride in a sleigh seeing as though the model is quite clearly sitting in a sleigh. If someone perceives this tag line as meaning to ‘ride’ the model, then that is their personal interpretation."

Nobody is buying it, Honey Birdette. 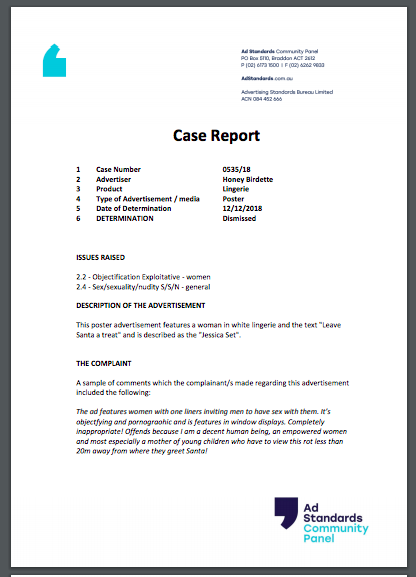 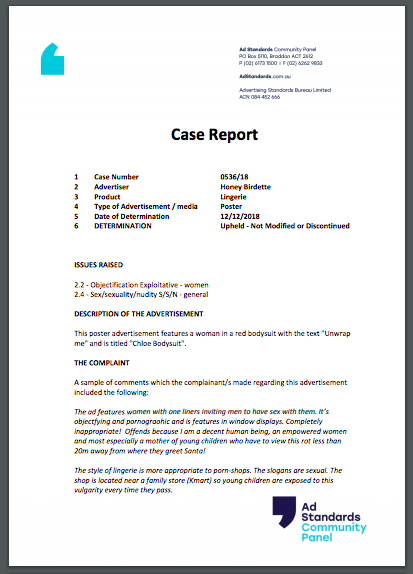 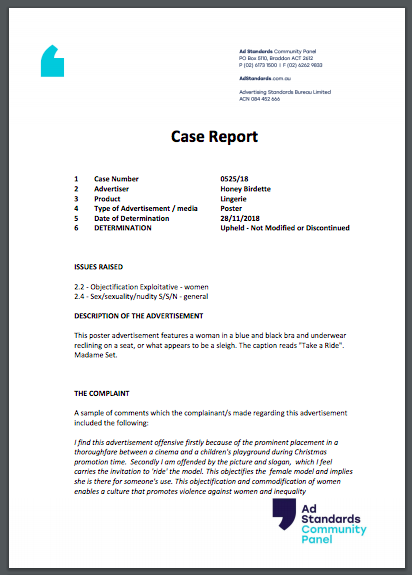