Champions of Change fail to take action against sexploitation, super companies prop it up

Forrest Chase (Perth CBD) has been named as the host of a batch of degrading, exploitative, BDSM-themed Honey Birdette ads recently found in breach of the advertising Code of Ethics.

'So kinky': Honey Birdette's floor-to-ceiling BDSM-porn-themed ads were on show for weeks at ISPT-owned Forrest Chase

Bdsm-"kink" porn themed ads, displayed on a digital screen in Playboy Group owned brand Honey Birdette shop windows, Forrest Chase, Perth CBD, November 1. All are from a campaign called 'So kinky". All are objectifying and degrading of women and entirely inappropriate for display in the public space which belongs to everybody - not to this Playboy owned sex shop. Note the scale of the size of these ads, with reference to the life-size mannequin to the right of screen. No corporate has the right to expose a non-consenting audience which includes children to its pornographic ads. This is a demonstration of corporate paedophilia, corporate grooming and corporate sexual harassment.

ISPT (Industry Super Property Trust) claims its properties are ‘meaningful places for retailers, companies, government departments and communities that use them’. 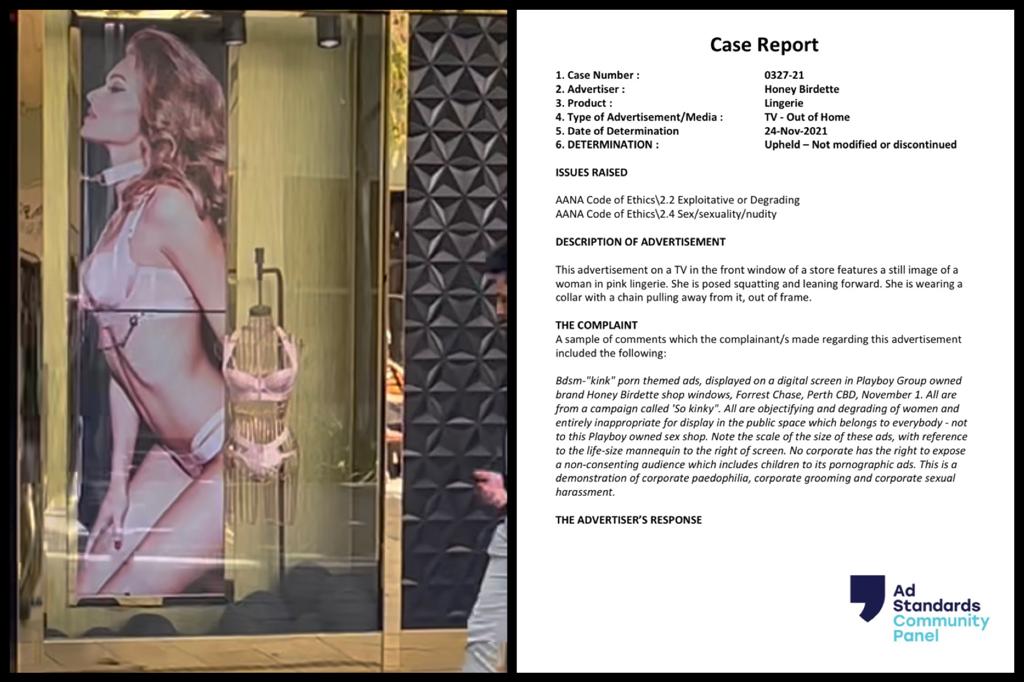 How are public displays of BDSM-porn-themed imagery hosted in ISPT properties meaningful to communities? Does ISPT endorse the idea that women are dogs and enjoy subjugation and control? Is this the message it wants to convey to its broad city mall pedestrian audience which includes children? 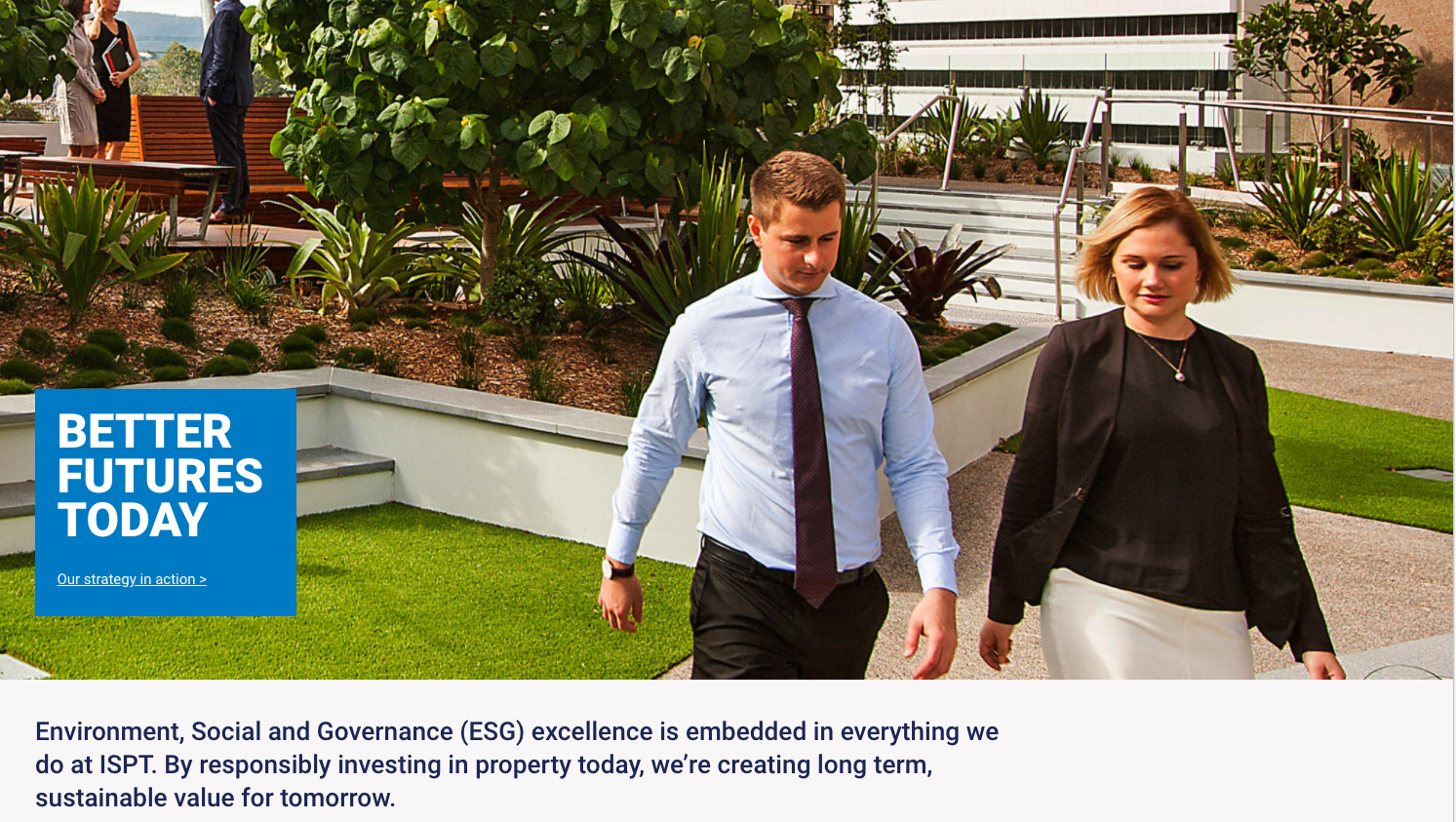 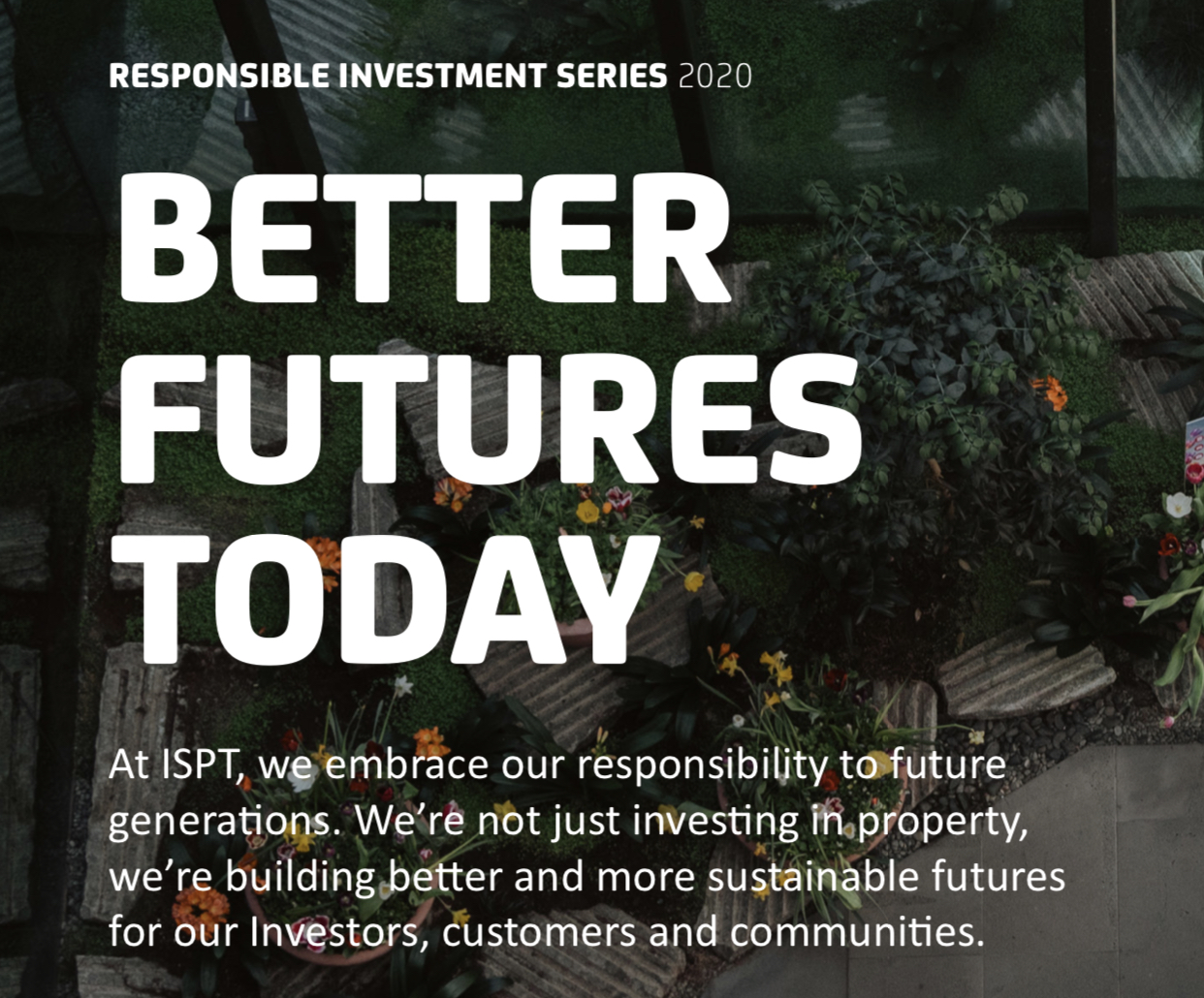 For the record, there’s nothing sustainable about sexploitation. It violates United Nations Sustainable Development Goals - Goal 5: Achieve gender equality and empower all women and girls.

Objectification of women in media, marketing and advertising harms women and girls. Sex store Honey Birdette’s porn-style and BDSM-themed advertising which reduces women to objects, reinforces sexist and harmful stereotypes about women and eroticises violence against women literally disempowers them.

Our message to corporates is that they cannot claim to care about women and gender equality while propping up and profiting from Honey Birdette’s sexploitative activities. Corporates which do can expect to be exposed - including to our thousands of supporters - for double-standards and violation of their stated values.

CEO a ‘Champion of Change’ for women

ISPT CEO Daryl Browning is a named Champion of Change  - a coalition of corporate heads purportedly advocating for gender equality. 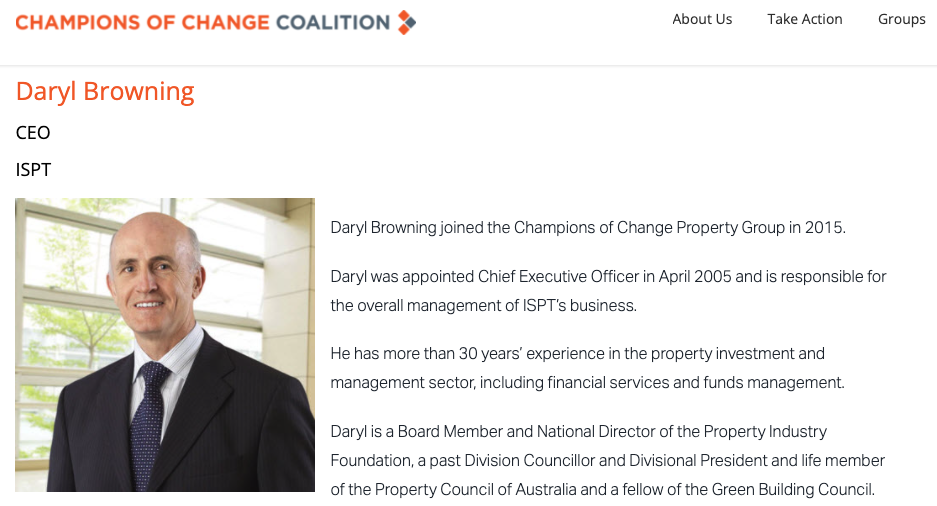 The Champions of Change Coalition is a globally recognised, innovative strategy for achieving gender equality, advancing more and diverse women in leadership, and building respectful and inclusive workplaces. In the strategy, men of power and influence step up beside women leaders. They form a high-profile Coalition to lead and be accountable for change on gender equality issues in their organisations and communities – be they local, national or global.

We’re not buying it.

In 2019 we wrote to a number of these super funds - companies with an ethical or ‘responsible’/’sustainable’ investment focus - calling on them to hold ISPT to account for allowing Honey Birdette’s pornified ads to be displayed in its properties. We pointed out the harms of objectifying, porn-style advertisements, and said that by failing to act to stop Honey Birdette’s harmful behaviour, ISPT was effectively endorsing the pornification and objectification of women, and the sexualisation of children via exposure to porn-style imagery. We said that ISPT’s conduct appeared to be out of keeping with its own stated values.

While a number of the super funds responded to us to say they had contacted ISPT to ask how it was addressing the matter, several ignored us completely. None took significant action to hold ISPT to account for its double standards or the harm it facilitates.

Two years on, Honey Birdette - now owned by Playboy Group - is still displaying its harmful, objectifying, pornified portrayals of women in ISPT properties. ISPT has failed to stop them. 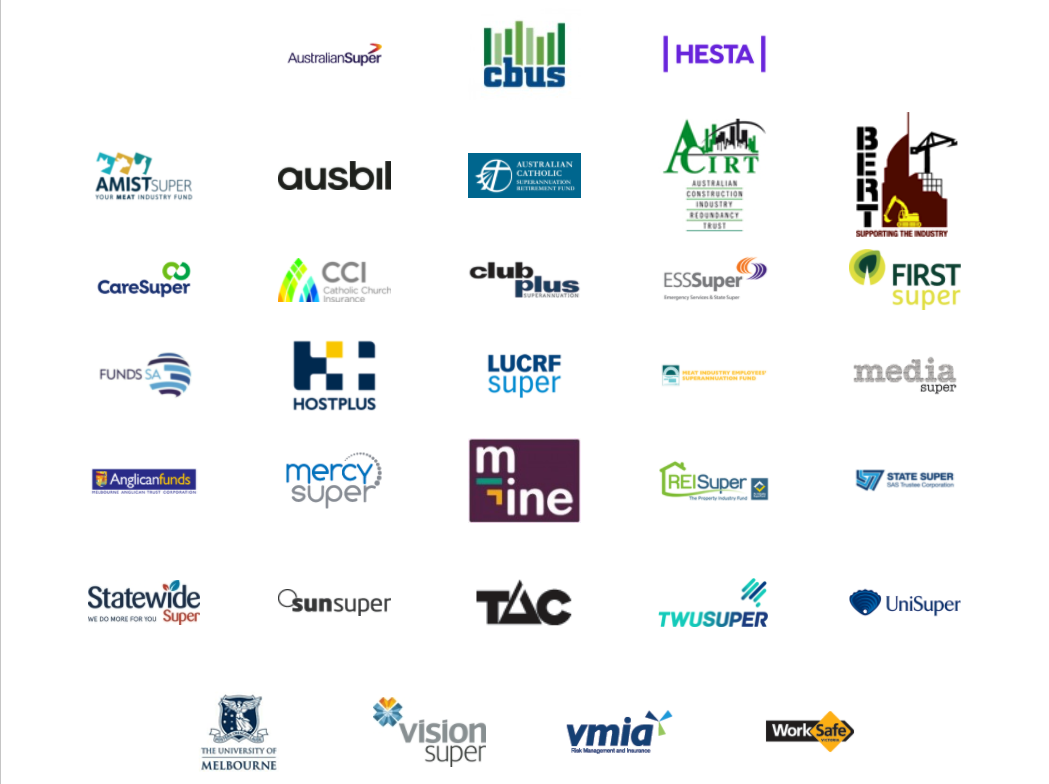 If you don’t get a meaningful response backed by action, find a new super fund that actually demonstrates it cares about women and girls.

We’ll be contacting ISPT investors in the new year ourselves with a renewed call to action to divest from ISPT on the basis that it facilitates and profits from harms to women and girls.

Look out for our updated Super Sexploitation Scorecard in early 2022.