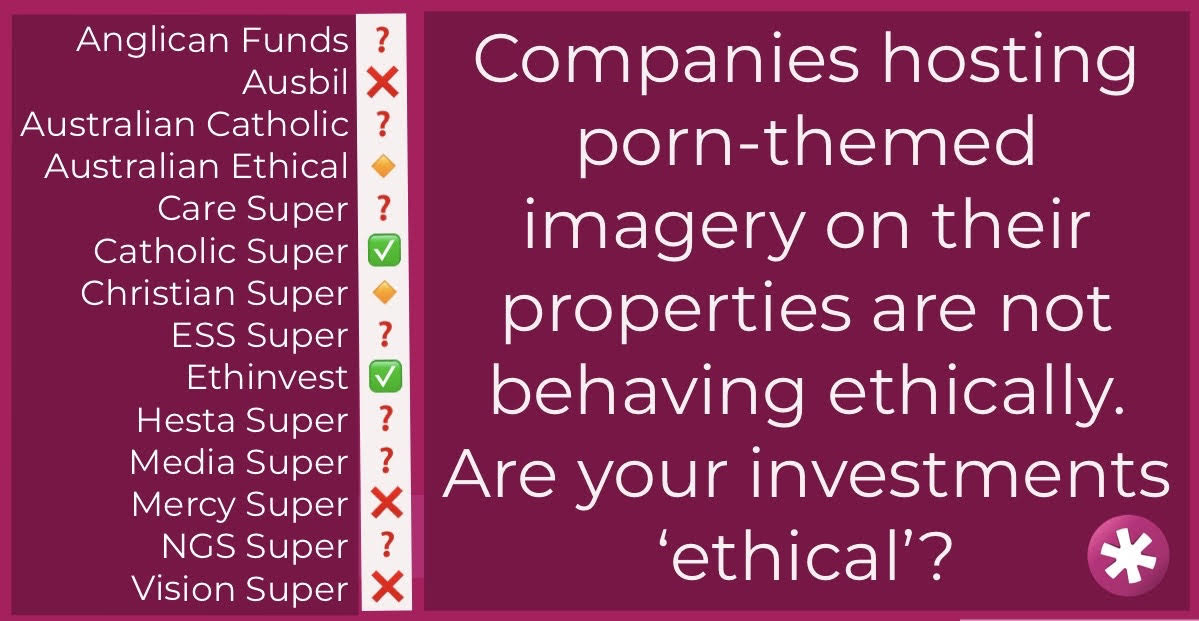 How can Lendlease Group be deemed ethical when it ignores customer concerns? When it facilitates harm to men, women and children who visit their centres with a Honey Birdette?

We are writing to Australian Ethical to express our concerns and to highlight the full extent of the harms being perpetrated by the properties they are investing in.

Australian Ethical is one of many ethical investment companies we have written to highlighting their mission statements and contrasting these with the reality that is the facilitating of sexist attitudes and behaviours by property group landlords.

So far two investment companies have notified property groups of an ‘ethical downgrade’ and the divestment of shares on behalf of their shareholders.

Does your superannuation fund invest in property groups that lease to a Honey Birdette? Check out our property owner matrix here and compare that to the properties listed on your super fund website.

"Thanks for tagging us, we aware of this issue and Collective Shout's awesome work in speaking up for things like this. Here's what our investment team had to say... At Christian Super, we seek to invest in companies that align with Christian values, and avoid companies that act against these values. However, what this looks like in practice may differ from investment to investment. We do have investments in the two companies mentioned, Lendlease and Stockland. These companies are involved in developing, constructing, and managing commercial and residential properties. Shopping centres are a part of their portfolio, whereby they lease to stores, in this case Honey Birdette being one of them. We currently only consider tenants on a case by case basis, due to the diversified and large number of these. In the case of Honey Birdette, we disagree with the company’s advertising, however we do not hold Lendlease or Stockland accountable due to the indirect nature of the relationship. Thanks to our members who have expressed concern about this issue- it is appreciated, and we will be discussing the issue with the companies at the next available opportunity."

We are not buying it. They do not hold them accountable because of "the indirect nature of the relationship"? Lease agreement and rental income. Doesn’t get much more direct than that.