"It was sexually suggestive and I could see her vagina."

So begins Ad Standards’ latest case report documenting its review of complaints against yet another Honey Birdette ad. The video ad for ‘Daisy’ featured a woman wearing white lace lingerie, panning from her upper body to her lower body, following her hands as she runs them down her body.

Another complainant condemned the display of explicit imagery in the public realm:

"Nobody should be subjected to [sexualised] images in public spaces. Particularly not visible genitalia."

While it is good to have a ruling in our favour against the ‘Daisy' ad, it highlights the impotence of the self-regulated advertising complaints system. Shortly before Ad Standards ruled against the Daisy ad, it had released another ruling – upholding complaints against a BDSM-themed choking video. "Daisy" was the ad that Honey Birdette chose to replace the choking video with.

Both rulings were made weeks after the ads were shown on-loop in shop windows in ‘family-friendly’ malls across the country. The rulings came too late, long after the damage was done. What is the point of Ad Standards when rulings come so late and there are no penalties for non-compliance?

And what porn-inspired window displays will replace the vagina video? The Ad Standards Panel acknowledged in its report that ‘most members of the community would consider the depiction of visible genitals to be unnecessary and inappropriate for an advertisement in a public shopping centre’.

So why are members of the community continually forced to see these depictions? How many more larger-than-life labias will we have to complain about to Ad Standards? Another 50? What then? 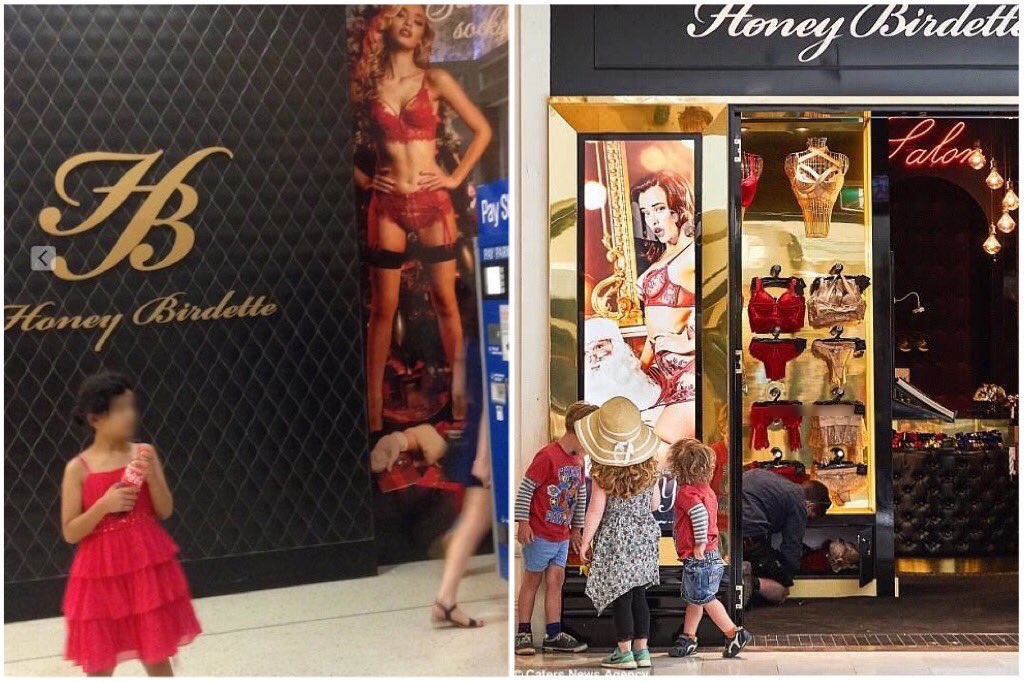 Keeping women in their place: Objectification in advertising