Posted by Caitlin Roper 5187sc on

We're pleased to report that after years of campaigning against Wicked Campers for their sexist and anti-women slogans and imagery, Tasmania's Legislative Council has voted to deregister offending vehicles. 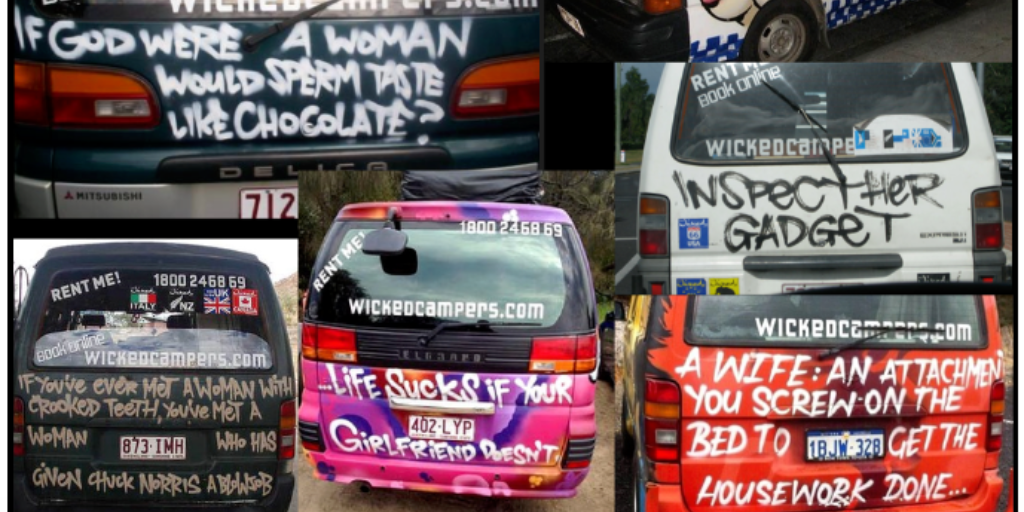 “Some of the offensive slogans on these vans are completely unacceptable and offensive and clearly promote negative attitudes to women.

“There is no ability for parents to prevent their children from seeing the slogans, and it is clear that action needed to be taken to ensure they are no longer allowed on Tasmanian roads.

“This is strong action and sends the appropriate message to Wicked Campers, or any other company who believes they can display disgusting signage on our roads, that it will not be tolerated in Tasmania.”

Similar steps have been taken by other states, including Northern Territory and Queensland. Wicked Campers highlights one of the many holes in advertising industry regulation, including a voluntary code of ethics and a lack of penalties for non-compliance. For years, Wicked Campers has been permitted to display misogynistic and demeaning slogans like "In every princess there's a little slut who wants to try it just once", "Random Breast Testing", and in response to criticism from a female journalist, "Dear Lucy, I can already imagine the gaffa tape on your mouth" along with dozens and dozens of others.

Sign our petition to stop advertisers from getting away with sexualisation and objectification.

If you are in a state or territory that has yet to take action on Wicked Campers write to your MP.