Ultra Tune has launched its latest "unexpected situations" TV ad. The ad, a knock-off of 1990’s action drama “Baywatch," opens with Warwick Capper ogling Pamela Anderson who starred in the series from 1992-1997. 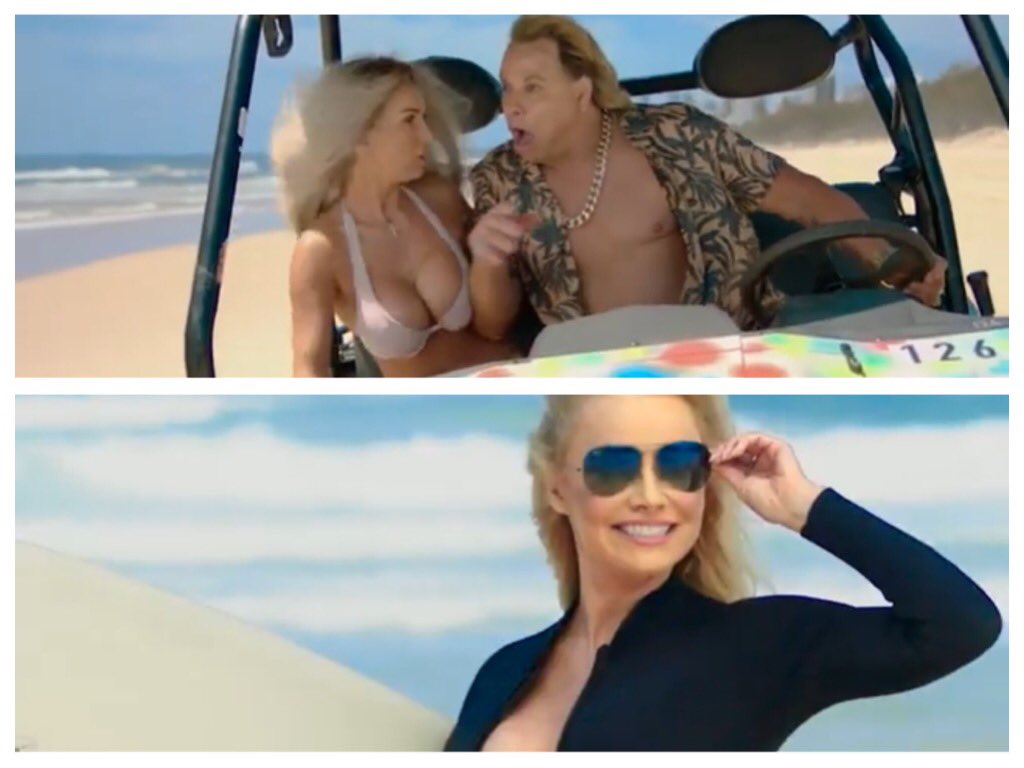 To coincide with the launch of the ad, Collective Shout revisits some of the many reasons to boycott Ultra Tune.

Breach of the franchising code and consumer law

In September 2019 Ultra Tune was ordered to pay $2 million dollars in penalties and publish a corrective notice for breaching the franchising code of conduct. 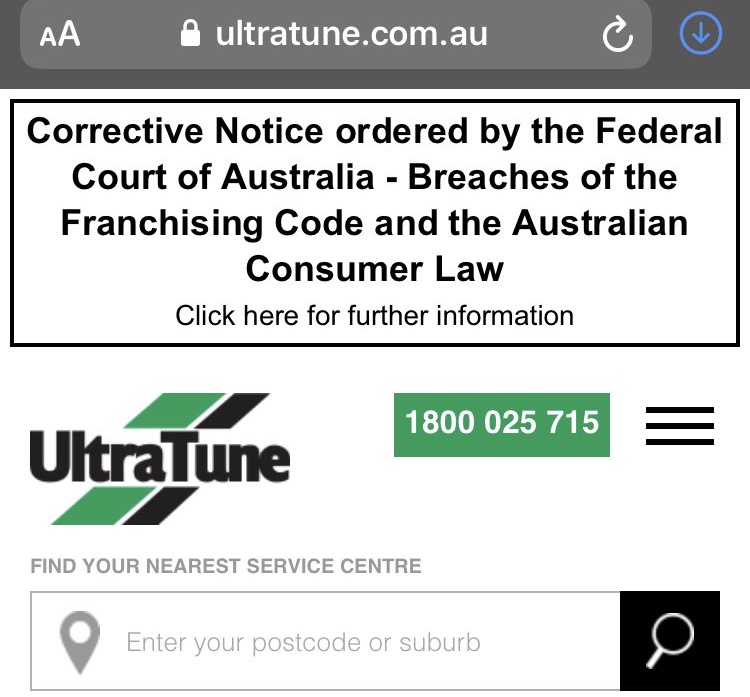 “Ultra Tune had failed to ensure its marketing fund statements contained sufficient detail to provide meaningful information to franchisees about its expenditures, in breach of the Franchising Code of Conduct.

The Full Federal Court found that there was insufficient detail in Ultra Tune’s marketing fund statements. The Court held that “there is no meaningful information" in simply stating that funds had been spent on television advertising, and that there were obvious details including where ads had aired that should have been provided to franchisees.”

Pop-up website ads featured the same women alongside sleazy slogans like “you’re looking hot and bothered” and “we’re into rubber now.” Ultra Tune referred to the women as “the rubber girls.” 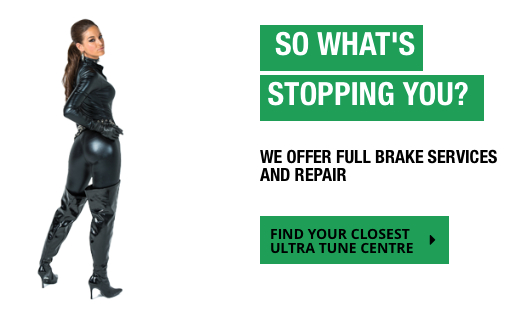 A recurring theme in Ultra Tune's advertising is use of the “bimbo” stereotype. Women are shown as incompetent drivers struggling with the basics of operating a motor vehicle and needing rescue by male Ultra Tune mechanics and celebrities.

A 2016 ad depicting two women staring blankly at an oncoming train after breaking down on railway tracks was found to be in breach of the ad standards code of conduct.

“The women are depicted as unintelligent in the way in which they sit passively, with blank faces, in the car on the train tracks and also in the way they appear to not notice the oncoming train. This behaviour, in the Board’s view, makes the women appear unintelligent and presents them in a stereotypical helpless female situation. 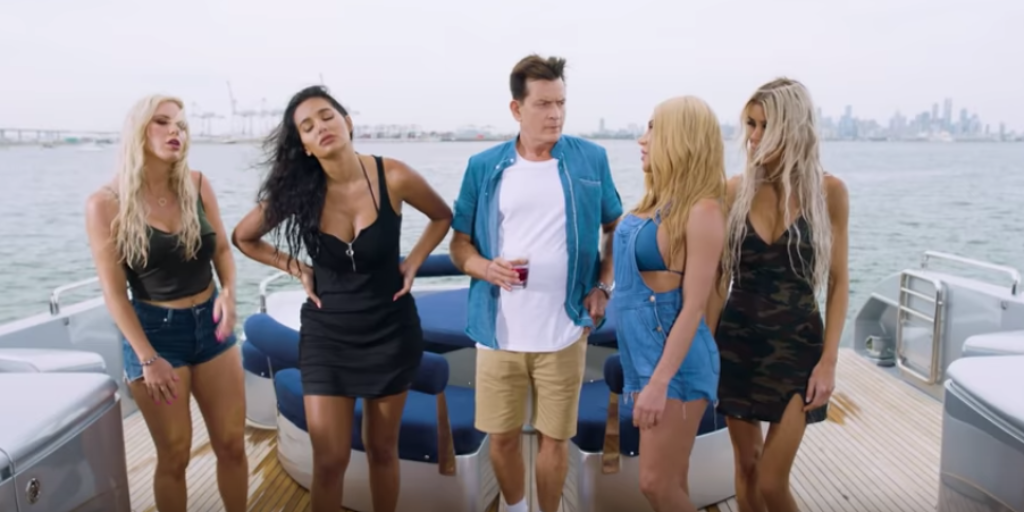 When questioned by 3AW's Neil Mitchell about the appropriateness of hiring Tyson - a convicted rapist - to be the face of Ultra Tune, Buckley said the company had "forgiven" Tyson for the "transgression."

Buckley also forgave Sheen for his two decades long pattern of violence against women. Easy enough for Buckley to do when he is not the one who has been shot, punched in the head for refusing sex, had his face smashed against a marble floor and been on the receiving end of Sheen’s death threats.

In a Mumbrella article about Ultra Tune's 2017 tv ads, Buckley has said “Women can jump up and down all they want, but they’re not our target audience.”

In relation to an advertisement showing women spraying each others breasts with a fire extinguisher while the camera pans up and down their bodies, Buckley disparaged complainants as a “vocal minority” of “middle-aged feminists after equality.” 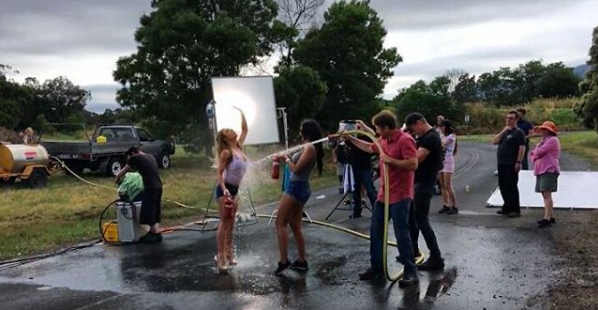 Former Ultra Tune ad “Rubber girl” Jasmin Rainbow has claimed that Buckley has "a really negative outlook towards women” and said “The first thing he did when he hired me from a strip club – like he hires all his girls – was tell me my tits were too small.”

Another Toybox employee made similar claims about Buckley in court:

Their affidavits and those of Toybox manager Tarra Mann plus affidavits of three dancers, all disputed Ms Baxter’s claims at the first QCAT hearing when she alleged:

- she had been tricked into signing the loan agreement after given cocaine and booze while on shift at Toybox;

- That despite already having breast surgery, Mr Buckley wanted her to get the second boob job so the could be in the Ultra Tune TV ad with Charlie Sheen. 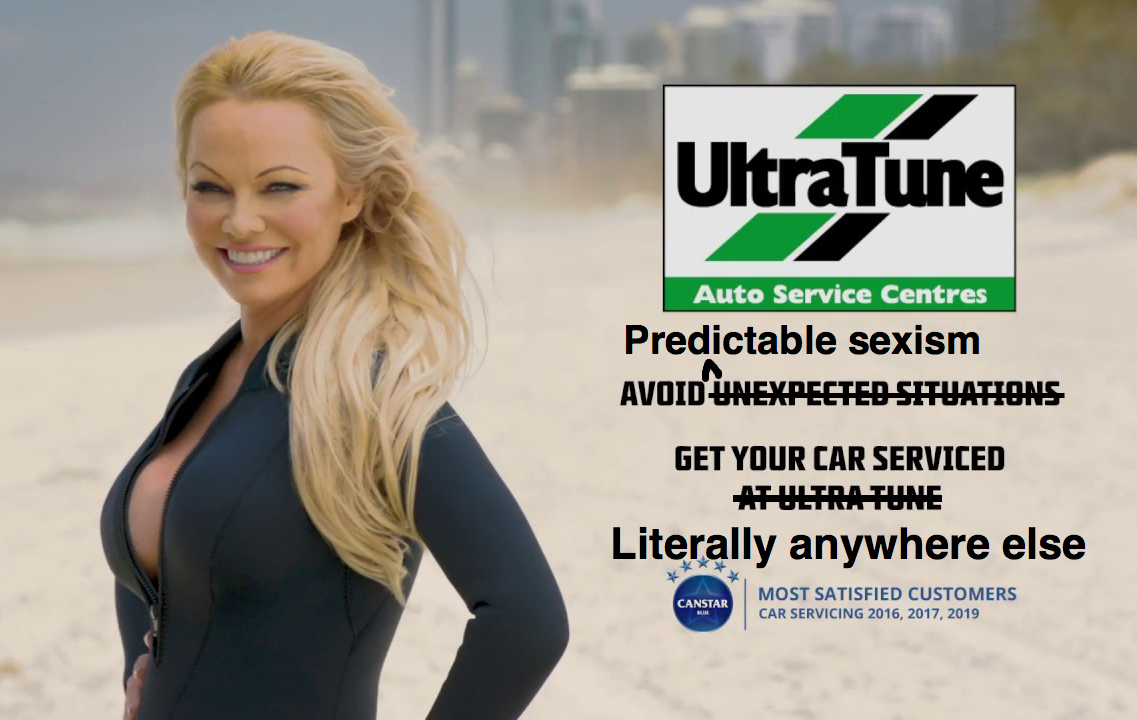