Our partners at the National Center on Sexual Exploitation (NCOSE) described Roku’s decision - effective from March 2022 - as a “victory for survivors of sexual exploitation”.

Call to corporates to cut ties with MindGeek [April 2, 2021]

Now we’ve joined forces with our friends at the National Center on Sexual Exploitation (NCOSE, US) and Defend Dignity (Canada) to #DismantlePornhub, calling on even more corporates to sever ties with Pornhub’s parent company MindGeek. 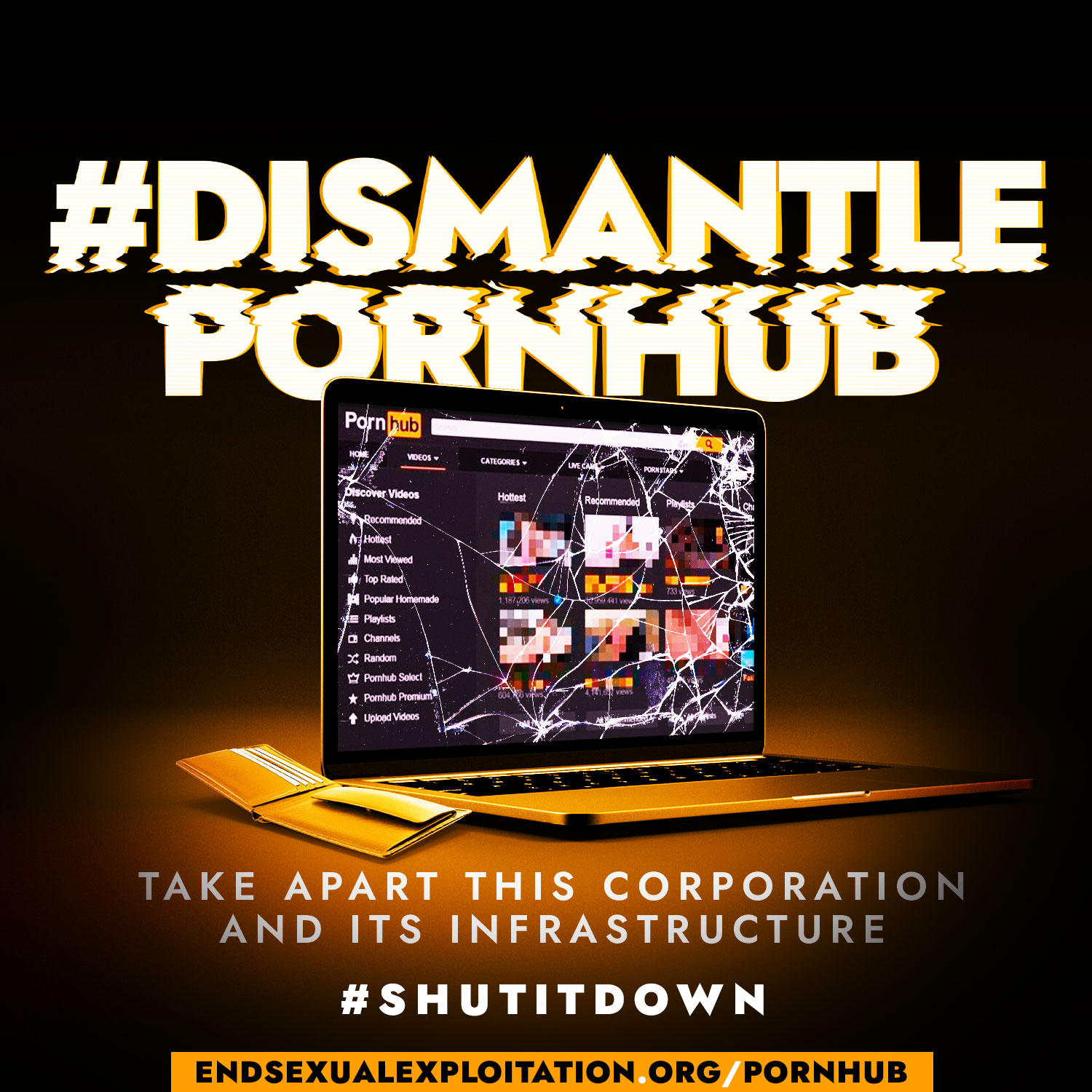 The new campaign calls on companies to go a step further, urging those which facilitate MindGeek’s broader activities to stop propping up the mega pimp which has aided and profited from child sexual exploitation, image based abuse and human trafficking.

Amongst the companies being targeted are streaming platform Roku, fashion label Diesel and e-commerce platform, Wish. (Read more about our previous campaigns against Diesel here and Wish here.)

If these companies have any sense of corporate social responsibility they’ll take action and stop aiding MindGeek now.