Now is the time to reflect on corporate behaviour this past year and remember those companies which objectified women and sexualized girls to sell their products and services. These companies do not respect women and do not deserve your Christmas cash.

You can send a powerful message by making ethical purchasing choices and refusing to financially support companies who rely on sexploitation to flog their products. 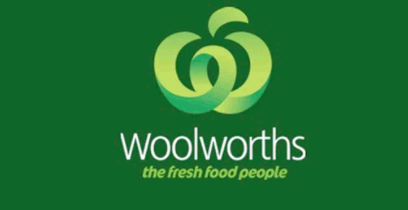 This year we called on major supermarket chains Coles and Woolworths to stop selling lads mag Zoo Weekly, complete with tips for coercing women into sex, advertisements for sexual services with underage girls and content that sexually objectified and demeaned women and girls. While Coles responded by removing the rape culture promoting mag, Woolies, though priding itself on its social responsibility, care for communities and promotion of safety, refused to do the same and continued to profit from the sexual exploitation of women. 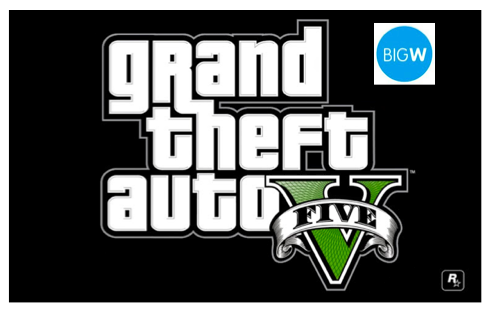 Last year we called on Target, Kmart and Big W to withdraw sexually violent video game Grand Theft Auto V from their family stores around the country. While Target and Kmart demonstrated corporate social responsibility and withdrew the game (Kmart went even further and removed all 'R' rated games). Big W failed to do so and continues to sell the game which includes extreme violence against women, including the murder of women in the sex industry. 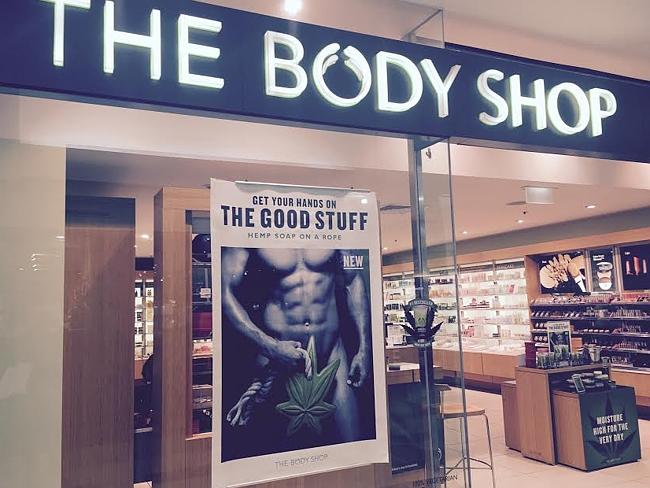 The Body Shop, which loves to tell us how ethical it is, not experimenting on animals and all that, used softcore pornography to promote their products with their massive window front posters. One woman made a complaint after her young foster child became distressed by the highly sexualized imagery after a history of sexual abuse. The Body Shop didn’t care- they refused to withdraw their advertising. 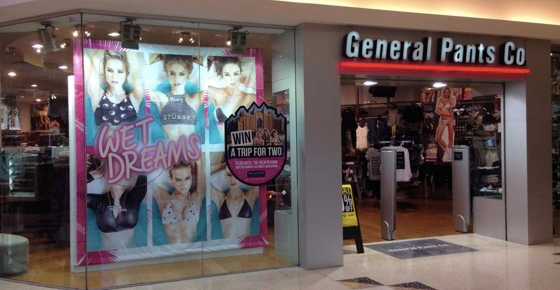 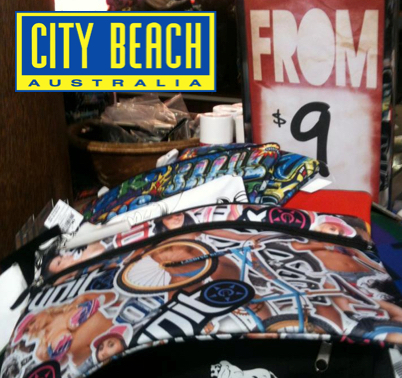 Honey Birdette is a sex shop masquerading as a high end lingerie store. Despite being in major shopping centres. Honey Birdette continues to flout advertising standards and codes with its pornographic advertising. Read more here. 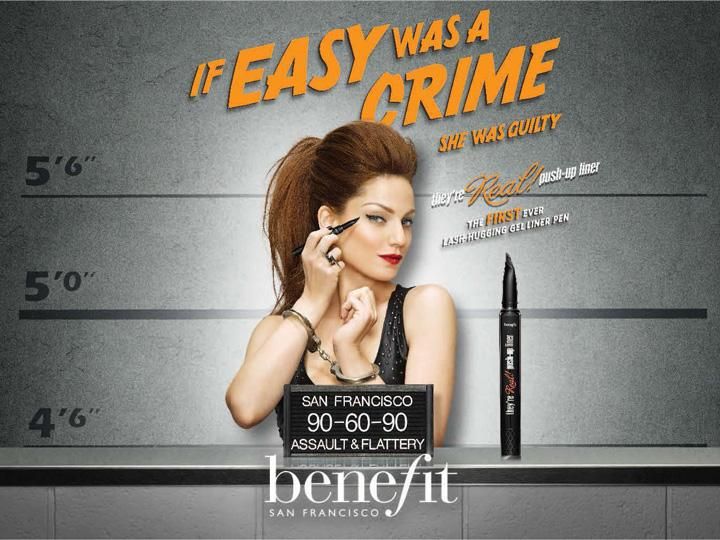 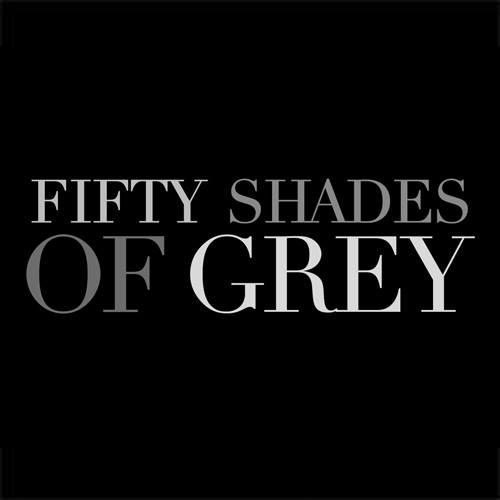 Nena and Pasadena founded their brand on the sexual exploitation of women.  For five years, the sexist clothing line has used pornographic, objectifying and demeaning imagery of women on their clothing, social media and advertising. They have belligerently continued, mocking half a decade of complaints. Read more here. 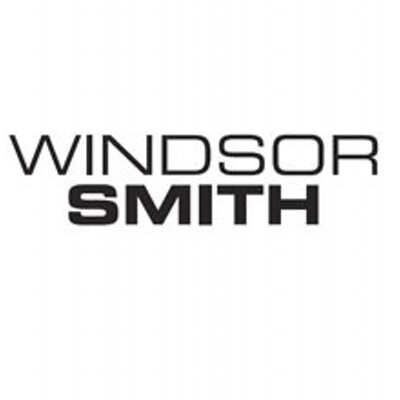 The shoe retailer has a long reputation for sexism, from erecting billboards suggestive of a woman performing oral sex to TV commercials with fully clothed men modeling shoes with lingerie clad women as mere decoration, complete with close up shots on their backsides and genital areas to sell shoes. Read more here. 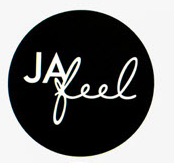 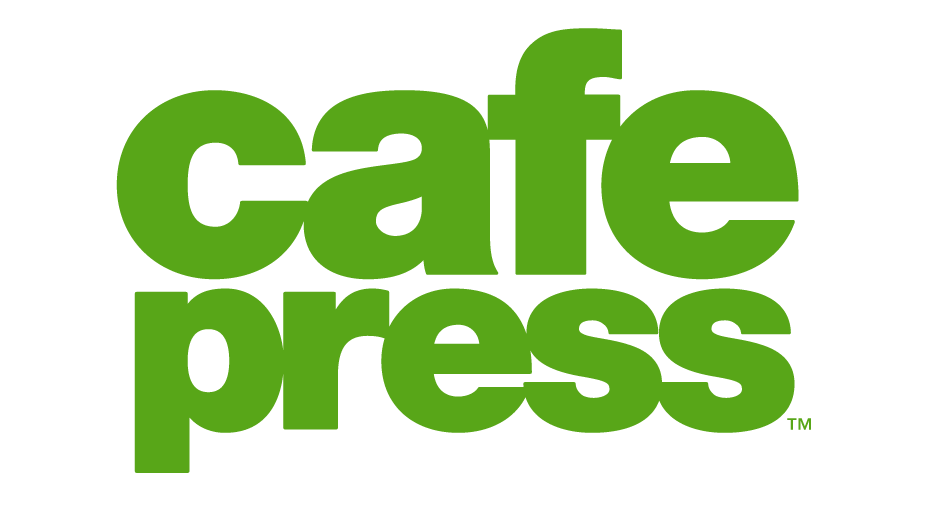 Online marketplace CafePress has a long history of selling clothing and merchandise with sexualised, porn-inspired and pro-rape slogans and imagery, including on clothing for babies and toddlers. Read more here. 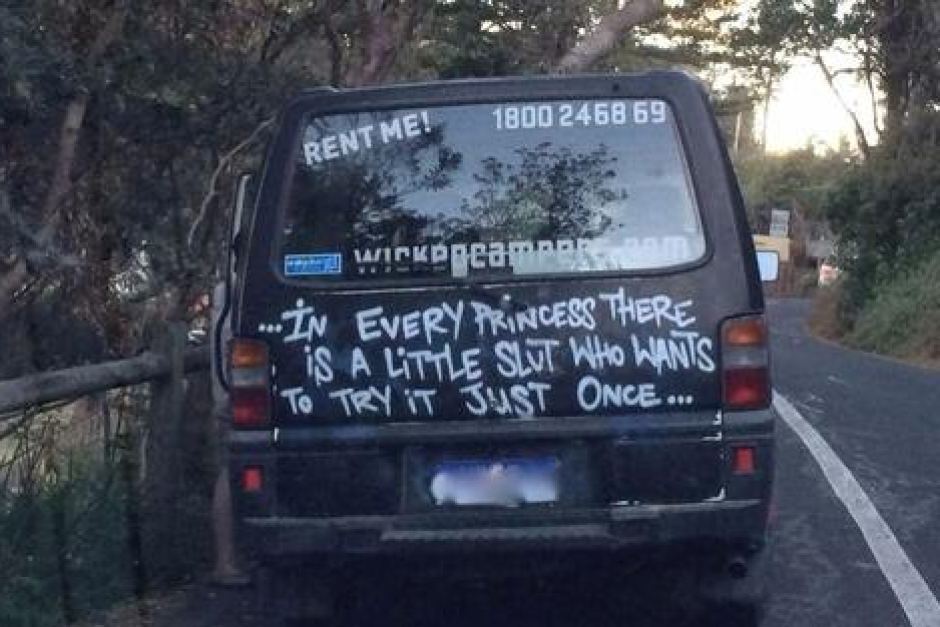 Wicked Campers are known for their sexist and demeaning slogans and imagery. Founder John Webb indicated this promotion of violence against women was all a big joke in a press release back in April. Read more here. 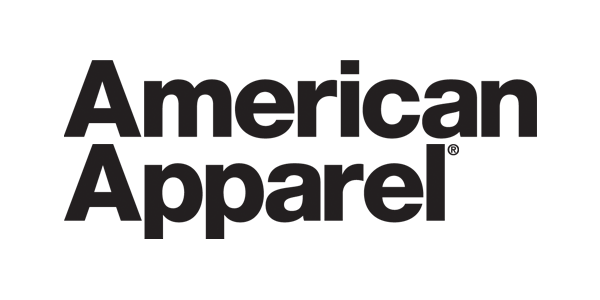 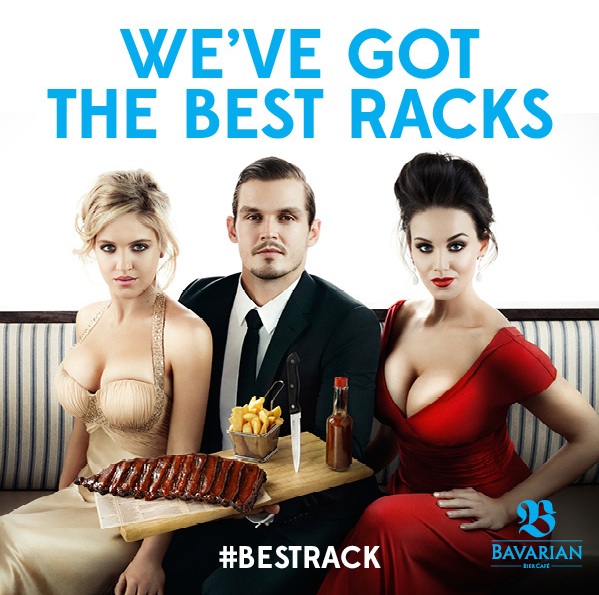 Bavarian Bier Café compared women to pieces of meat in their sexist ‘We’ve got the best racks’ advertising campaign. 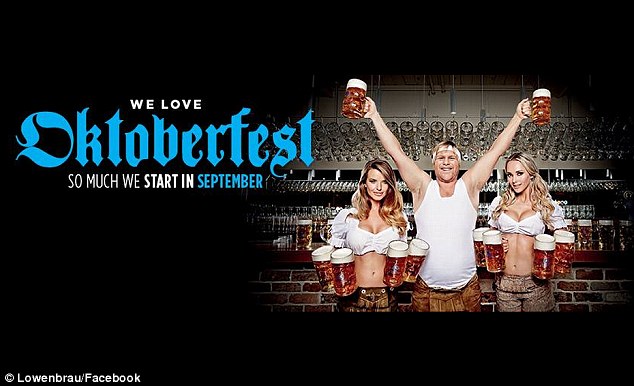 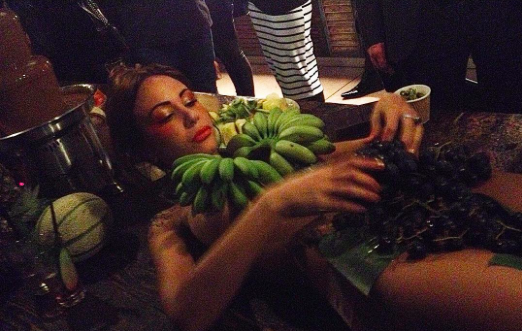 Sydney venue 'Cruise Bar' hired nude female models to lie naked on tables and act as fruit platters for its recent 'relaunch' party. Using a woman’s naked body as a stand-in for an inanimate object - in this case a platter - is a text book example of sexual objectification. Read more here. 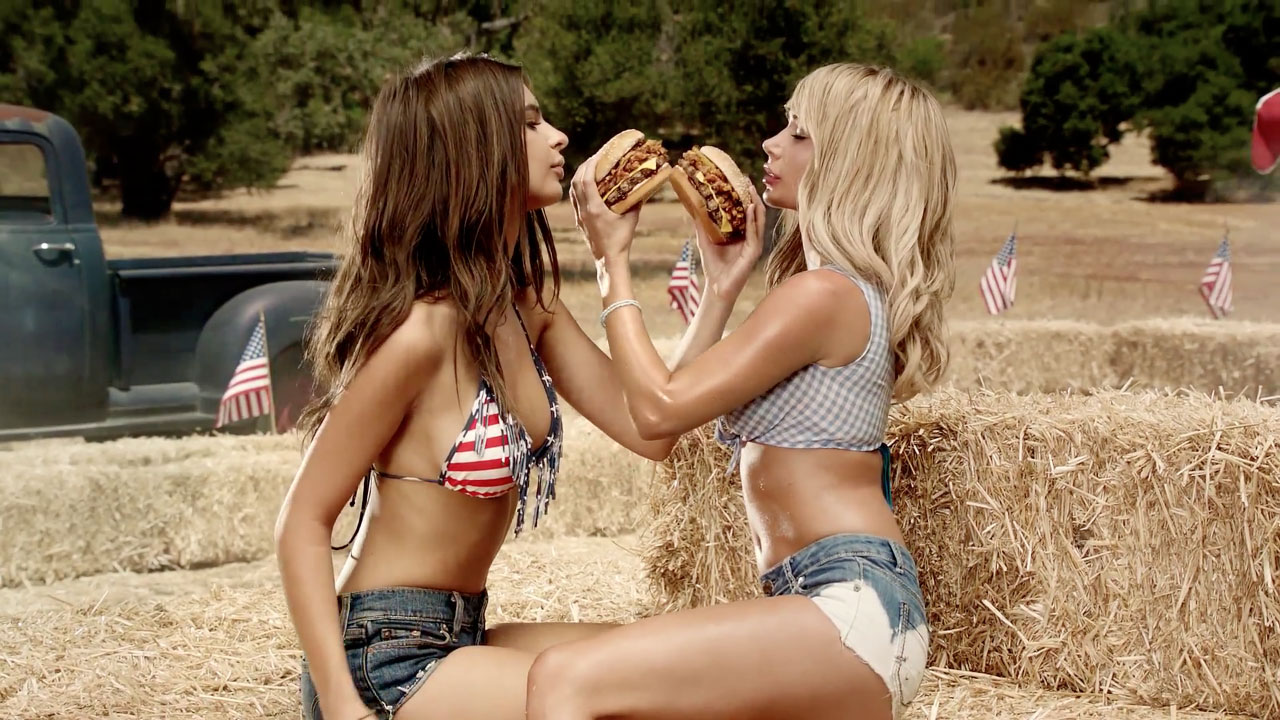 The US burger chain is notorious for their sexist porn-themed TV commercials. The chain is reportedly coming to Australia. Read more here. 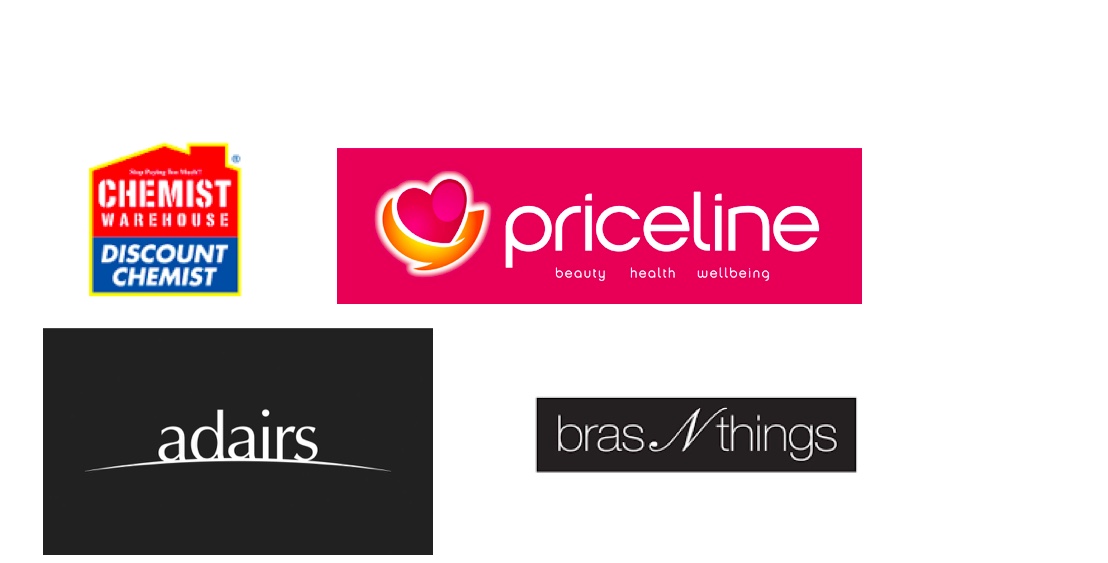 Collective Shout has continued to highlight companies which profit from the mainstreaming, normalising and embedding of a major brand of the sex industry into mainstream culture. Read more here.

Let these companies know you won't be shopping with them- and why not. Which companies are crossed off your Christmas list? Let us know in comments below.

Help us keep the pressure on corporate offenders: make a donation this Christmas.

Also if you are part of a company which values equality and respect for women, join other companies who have signed our Corporate Social Responsibility Pledge!

See past Crossed Off lists: